The Essar Group has undertaken the delisting process for some of its businesses in the last few months.

The Essar Group has undertaken the delisting process for some of its businesses in the last few months. Prashant Ruia, Director, Essar Group says the economic situation in India in the last few years has been the driving factor behind these delisting decisions. In a conversation with CNBC-TV18’s Menaka Doshi on the sidelines of World Economic Forum, he also talked about the group’s effort to dollarise its debt.

Below is the transcript of the interview

A: The company which we delisted was Essar Energy from the London market. It was a bit of getting affected by what happened in India over the last 3 years and especially in the4 sectors which we were in – power sector, oil and gas sector. 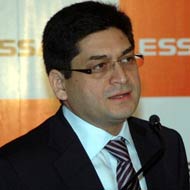 Q: Why delist at a time when things are looking up? You did delisting last year, now you are doing that with Essar Oil, why?

A: Essar oil is more of a corollary of the Essar Energy plan because Essar Oil is largely held by Essar Enegry. We certainly felt that the kind of – especially in London in Essar Energy the valuations were not inline with what the business should have demanded and it was strategic view from our point to take that company private.

Q: It isn’t that you prefer to be away from the scrutiny that public listed companies have to face, the regulatory issues, is that was has driven your decision because I keep recalling this conversation I had with Shashi Ruia many years ago and he told me it is too difficult to stay listed in our country, there are too many questions asked of you. It is much easier to do business as a private enterprise and at that time I did not know he was being so prescient. Now in the last six years I see you guys have pretty much fulfilled exactly what he was saying.

Q: When will you be able to finish the delisting of Essar Oil?

A: I don’t have a particular date. The process is on. We continue to await some approvals.

Q: These are SEBI approval on a previous matter that sort of had to do with some bonds or something like that. So no timeline as yet?

Q: One of the other things I am told you have been working on is the dollarization of your debt. I am just curious to know where you have reached in that process, how much further to go and given the current environment, we are seeing the dollar get stronger, we are seeing rates potentially rising in the US in the second half of this year. How are you relooking at corporate finance?

A: Basically as a group we have followed a couple of strategies; one was bring the currency in line with the business and most of our businesses are dollar linked businesses, whether it is the oil and gas business or steel business and in a way we were actually having debt in rupees and revenues and earnings in dollars. So, from a risk prudent discussion it was sensible to bring it in line and most of our peers are actually already in dollars.