There were 136 passengers and crew members on-board the aircraft, which took off from here and later landed at Mumbai after four hours, they said.

Passengers of a Dubai-bound Air India Express flight escaped unhurt after their aircraft hit a wall at the airport here in the early hours of Friday, officials said.

There were 136 passengers and crew members on-board the aircraft, which took off from here and later landed at Mumbai after four hours, they said. The plane took off from the airport here around 1:30 am for Dubai, but was diverted to Mumbai where it landed at 5:35 am, airline officials said.

The engineering team is assessing the damages, they said, adding that a ferry flight was sent from Kochi to fly the passengers stranded in Mumbai to their destination.

The aircraft's wheels had hit the wall, officials here said. 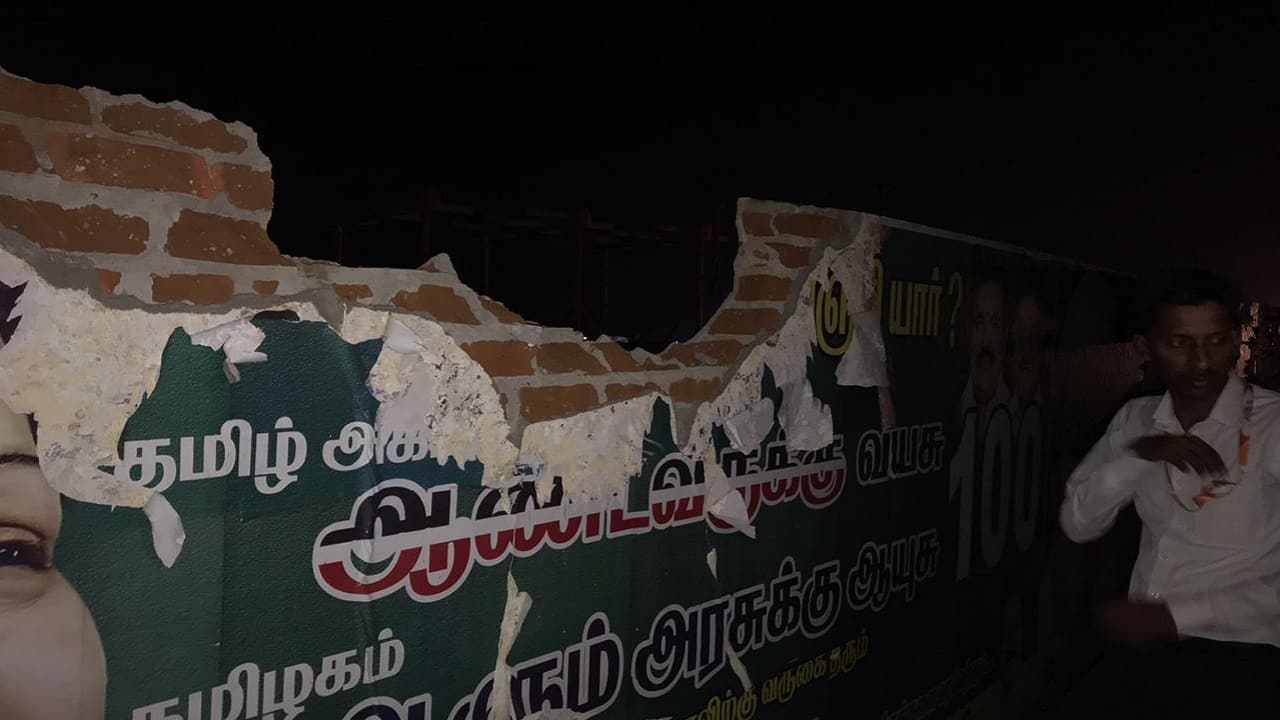 It is not known whether a technical snag or pilot error led to the incident, the officials here said.

Tamil Nadu Minister Vellamandi Natrajan visited the spot and inspected the damages to the wall, adjacent to a state highway.

Apropros the incident, Air India has issued the following statement:

After flight IX 611 from Trichy to Dubai had taken off from Trichy at about 1.30 AM today it was reported by local Airport officials at Trichy, that they have observed that Aircraft might have come in contact with the airport perimeter wall.  The matter was conveyed to the pilot in command. The pilot in command reported that the aircraft systems were operating normally.

It was decided to divert the aircraft to Mumbai as a precautionary measure.

The flight diverted to Mumbai and landed safely at about 5.35 AM in Mumbai and taxied on its own power to the parking stand.

All 130 passengers and 6 crew members on board the Aircraft were alighted safely. No one suffered any injuries.

The passengers were provided with appropriate refreshments at Mumbai and a relief aircraft was arranged to continue the flight from Mumbai to Dubai with fresh set of crew.

The pilot in command was Capt. D. Ganesh Babu who has flying experience on the B 737 aircraft of 3600 hours including about 500 hours as Commander. The First Officer was Capt. Anurag who has an experience of about 3000 hours on the B 737. The two pilots have been derostered pending investigation.

The matter has been duly reported to the DGCA and the Airline is fully cooperating with the investigation.

DGCA has, in fact, ordered a high-level probe.

#EXCLUSIVE – Civil Aviation Minister orders a high-level probe into the @airindiain mishap. 3rd party auditor to be hired for the safety review of the airlines. “Growth can’t be at expense of safety”, says @sureshpprabhu | @Zebaism with more details pic.twitter.com/pyzsoXHtaZ

Civil Aviation Minister Suresh Prabhu also tweeted about the development, detailing measures that have been taken and are in process that underline eliminating future safety issues.

Safety of the passengers is of paramount importance for us. We will take all that’s required to put safety on top of aviation agenda. Growth can’t be at the expense of safety.