The Ricoh India is completely identical to the Satyam fraud; the revenues, receivables and inventories are all padded up, says Anil Singhvi, Chairman of Ican Investment Advisors.

Ricoh India reported its September quarter results on Thursday after much delay. Auditors indicated that there are inconsistencies in product pricing with market rates, and there is unsupported and backdated transactions recorded in the books of accounts.

The auditors said they have not been able to obtain moderate assurance as to whether the accompanying statement of unaudited financial results has been prepared in accordance with the applicable accounting standards or that the unaudited financial statements are free of material misstatement.

Auditors further observed that there are unsupported out of books adjustments in order to report higher profits or to cover previously unreported losses.

"It is completely identical to the Satyam fraud; the revenues, receivables and inventories are all padded up," Anil Singhvi, Chairman of Ican Investment Advisors, told CNBC-TV18.

Singhvi added that a company that has not incurred any expense, has its loan increased to Rs 1300 crore from Rs 300 crore, which is dubious.

He also questioned the negligence of India Ratings as the agency had upgraded the rating for both long term bond to AA- from A and gave commercial paper (CP) an A+ rating in January without having any account of the Ricoh’s numbers after March 31, 2015.

Below is the transcript of Anil Singhvi’s interview with Latha Venkatesh and Reema Tendulkar on CNBC-TV18.

Latha: How does one handle a case like this? In the case of Satyam as well, it was an admitted fraud and then of course, the Ministry of Corporate Affairs (MCA) went into it, the Company Law Board (CMB) went into it and we had an extraordinary committee appointed. But, really which is the suo moto regulator who should be taking up on behalf of the investors?

And the parent has provided Rs 500-600 crore. They have given Rs 200 crore of non-convertible debentures (NCD) and Rs 270 crore of commercial papers (CP).

I have yet to come across many companies in India where parent and particular in multinational company (MNC) will be giving a CP of Rs 270 crore for a profit making company.

Latha: Somebody has made an idiot of everybody, right up to the principle.

A: But how could a Japanese company provide Rs 270 crore of CP.

I can understand many other instruments, but a CP? And top of it, you will laugh your guts out.

The rating agency, on January 22, 2016 have upgraded the rating of both the instruments, the long-term bonds and CP from A to AA minus.

Latha: Where do you start?

A: And CP is a A plus. The top rating given by India rating. And January, 2016 with an outlook, stable. First of all, and my point is very simple, look at the rating agency’s situation, in January, when this board is caught up into all the situation, grappling with the problems and having the situation that till January, 2016 there are no availability of any accounts. How did the rating agency get any accounts between April to September, if the shareholders did not have it?

So, on what basis did they give an opinion?

Latha: They gave an opinion in September as well.

A: No, I am saying the rating agency has given an opinion in January, 2016. Without having any accounts available after March 31, 2015, on what basis have they upgraded from A to AA minus? They should be first of all, according to me, India ratings should be first banned in India.

How can they get into this kind of a fraud and why does the company need money? Did they inquire into it because that is the first and foremost thing for the rating agency that why do you need money and such a large amount of money when your turnover has not gone up so substantially and why are your receivables going up? That is the job of the ratings agency forget about auditors and audit committee for a minute.

And you are upgrading it to three notches, from A to AA minus.

It is a hilarious situation India. No one pays any attention. This goes on. SEBI looks the other way around because otherwise, they want rating agencies to be under their surveillance or RBI, but there is a vacuum right now. No one knows who is responsible for rating agency.

They change the auditors last year. This company, they had some auditor called Sahni Natarajan and Bahl. I cannot understand for a Japanese subsidiary company to have some very non-descript auditor.

I am not commenting on the, right now the names itself. What kind of audit were they doing? Their audit report of March, 2015 is clean, as clean as possible. And there comes KPMG and looks into this whole situation that is BSR and say that we cannot make an opinion because we do not know head or tail about this company.

Third issue is that they have appointed BSR only on September 24, 2015. That means after six months. What the hell were they doing when they decided to change the auditors.

Why did they have to do an annual general meeting in September, 2015 after six months? Who is going to do the audit of the two quarters? And this is what I have been telling SEBI for a very long time that whenever auditors have to be changed, AGMs should be conducted before the first quarter is over.

Reema: But since there are so many red flags, the CP example for instance, do you not think this could be detected a lot earlier because shareholders are really badly stuck. Every day it is a lower circuit and it has not provided any exit route?

Latha: You are absolutely right, not a shareholder, it is an allround fraud. Who blows the whistle?

A: According to me, everyone has failed.

Latha: Everyone has failed. Listing agreement has been flouted.

A: Secondly, look at this person Manoj Kumar. He is an appointed manging director on April 1, 2015. Then you say on March 29, 2016 that he has been asked to stay back, leave with pay, but do not attend the office.

In three days time, he resigns and we accept his resignation, without conducting a preliminary inquiry about it? And in his appointment last year, they say he has a rare skill of managing businesses. This is the rare skill which he has shown very clearly here on that.

And plus, how do you even accept the resignation of a person whom you want to be first needle of suspicion? How do you even let him go? It is a connivance all over because how Japanese have given even Rs 500 crore last year.

Latha: So, would you expect connivance of the parent is what you are saying?

They tried many stunts on that. So, when parent is trying to do something, as scrupulous as this, then the management also will get hand in glove and do all that. So, according to me, it is a stinking situation and they have appointed hilariously enough, even PwC on that. Look at the record of the auditors in the past.

So, I really do not know which way this company is going. They also say this does not reflect the true and fair view of the books of accounts. BSR seems to have washed their hands off completely.

Then Shardul was appointed, he has appointed PwC, they appointed some Kothari and Company before that. 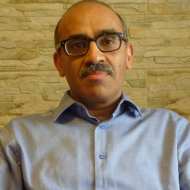