Upcoming Event:Experts and leaders discuss how modern digital tools are transforming the media industry. Register now
you are here: HomeNewsTrendsCurrent Affairs
Thousands of Indians live and work in the United Arab Emirates and Saudi Arabia. Indian expats account for over 30 percent of the total population of the UAE and are often work at strategic sites such as refineries, which, as we have seen in the past, are the usual targets of Houthi attacks.
Updated : January 28, 2022 / 11:20 PM IST

What began as a coup to overthrow the democratically elected government in Yemen has spiralled into a seven-year-long civil war, inflicting casualties well outside its borders, driving up crude oil prices and taking a toll on the global economy. The geopolitical tension in the West Asian country is bad news for India, which is already struggling to tackle a surging oil import bill.

A more pressing and immediate concern, however, is the security threat Yemen’s civil strife poses.

Seven Indian nationals are aboard a ship that was seized by Houthi rebels earlier this month. India’s Permanent Representative to the United Nations, TS Tirumurti, spoke at the United Nations Security Council meeting on Yemen and said: “Seven Indian nationals are among the crew members on board the ship and we are deeply concerned about their safety and well-being. We urge the Houthis to immediately release the crew members and the vessel. The Houthis also bear the responsibility of ensuring the safety of the crew members till their release.”

The Government of India has further expressed concerns about the continued intensification of military operations in Yemen and called upon all parties to the conflict to immediately cease fighting. One must note here that two Indian nationals were killed and two others injured in one of the attacks launched by the Yemeni rebels on the UAE soil.

India has highlighted how a continuation of the conflict would have a devastating impact on the people of Yemen, especially on women and children and called for an immediate and comprehensive ceasefire across Yemen. Trouble began in the war-torn, impoverished country when Houthi rebels -- a Zaydi Shia tribe with military experience living in North Yemen -- launched an offensive to oust the Saudi Arabia-backed government led by Abdurrabbu Mansoor Hadi. Throughout, they had the latent support of the Iranian Revolutionary Guards Corps (IRGC), who were providing them with military equipment and training.

The Arabs interpreted this as an act of Iranian aggression and soon its long-time ally, the United Arab Emirates, joined forces to help the incumbent government and its supporters in the southern part of the country. With time, however, demoralised by the deaths of its citizens due to frequent skirmishes, the UAE began phasing out its sway as a power broker in Yemen. By 2019, the nation announced its complete departure but continued to support Saudi Arabia from behind the scenes.

Tension escalated again this year, when the UAE-backed forces marched towards Shabwah to prevent the Houthis from gaining control over the strategically important province of Marib. The counterattack from the rebels shattered years of diplomatic intentions and efforts to broker peace between Iran and the Saudis and the UAE.

Saudi Arabia and its regional allies first engaged in a direct conflict with Yemen in March 2015, hoping to bring back Riyadh’s ally and former Yemeni president Abd Rabbuh Mansour Hadi in power. The war, which the United Nations describes as the world's worst humanitarian crisis, failed to achieve its goal. The outcome was only deadlock, death, and destitution of a population that was already dealing with abject poverty.

The war is yet to subside as the coalition is convinced that the military might will suffice in bringing a political resolution. On December 26, Turki Al-Malki, the Arab Coalition’s spokesperson, had told the Al Monitor, “The political solution is the best option for the crisis in Yemen, but the military tool seeks to achieve this goal.”

He had also said that the coalition “avoided attacking many targets in Sanaa because civilians are a priority for the coalition, and the [Houthis] have to remove all weapons from civilian sites. We take the decision when and where to target the Houthi capabilities.”

Meanwhile, the Yemenis are prepared to deal with another year of deaths and destruction. According to the UN Yemen has the world’s worst humanitarian crisis. The Civil War began in 2015 continues which has resulted in 4.3 million people being left homeless and 14 million people at risk of starvation and outbreaks of deadly diseases. (Image: Reuters) 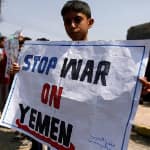 The Escalation: What triggered the current spate of violence

A UAE-flagged cargo ship that was reportedly carrying medical equipment from Socotra in Yemen to Saudi Arabia’s Jazan was hijacked by the Houthis off Hodeida on January 2.

Turki Al-Malki, the Arab Coalition’s spokesperson had warned that “the coalition forces would undertake all necessary measures and procedures to handle this violation, including the use of force if necessary” if the cargo is not released.

The Houthis had claimed the ship was carrying military equipment and accused the vessel of entering Yemeni waters without authorisation to carry out hostile acts.

The Yemeni rebels retaliated with raids on the UAE and Saudi Arabi avenged its ally by intensifying airstrikes. The situation went from bad to worse when Yemen launched an operation deep inside the UAE. A purported drone attack destroyed three fuel tanker trucks in the industrial Musaffah area, near Abu Dhabi National Oil Company (ADNOC)’s storage facilities. A fire had also broken out at a construction site at Abu Dhabi International Airport. Two Indians were killed in the attack and another two were injured. The UAE connect and India implications

The death of the two Indian nationals bring to fore how the unrest in the Middle East affects Indians back home. In fact, the effect of the conflict rubbed off on India right at the start; it began with the evacuation of thousands of Indians since 2015. If the attacks continue, many more Indians may become casualties or get displaced.

Thousands of Indians take up different occupations across both the United Arab Emirates and Saudi Arabia. Indians account for over 30 percent of the total population of the UAE and are often present at strategic sites such as refineries, which, as we have seen in the past, are the usual targets of Houthi attacks.

This brings to our mind pertinent questions such as how the Government of India can safeguard its interests in the region.

Though India has maintained healthy diplomatic ties with all invested nations including Iran and Saudi Arabia, the country needs to find ways to circumvent its interpersonal skirmishes and rivalries while keeping its own interests afloat and ensuring the safety of all Indians.

Explaining how India can circumvent the crisis or intervene to secure national interests, Sourish Ghosh, an international relations expert said: “India's Yemen policy since the conflict has been marred with neutrality in a way it suffers from policy paralysis. India shares a deep relationship with Yemen and other Middle Eastern countries like Saudi Arabia and the UAE. Yemen is geopolitically important to India, yet it has turned a blind eye towards the Yemen problem. The Yemen government in exile had earlier appealed to India to intervene and ensure dialogue to maintain peace. Reportedly, Houthi rebels are backed by Iran, so there is a possibility for New Delhi to intervene. But as always India has maintained neutrality only intermittently condemning the violence.”

He added: “But in recent times India has accepted more than 700 soldiers fighting for the Abdur Rabi regime against the Houthis in the civil war for medical treatment on behalf of the UAE. There are ample opportunities for India to engage but it has shown no signs of doing that. So, at present, apart from evacuating its nationals and condemning violence from time to time, there seems to be no bigger role for India in the Yemen crisis in the near future.” 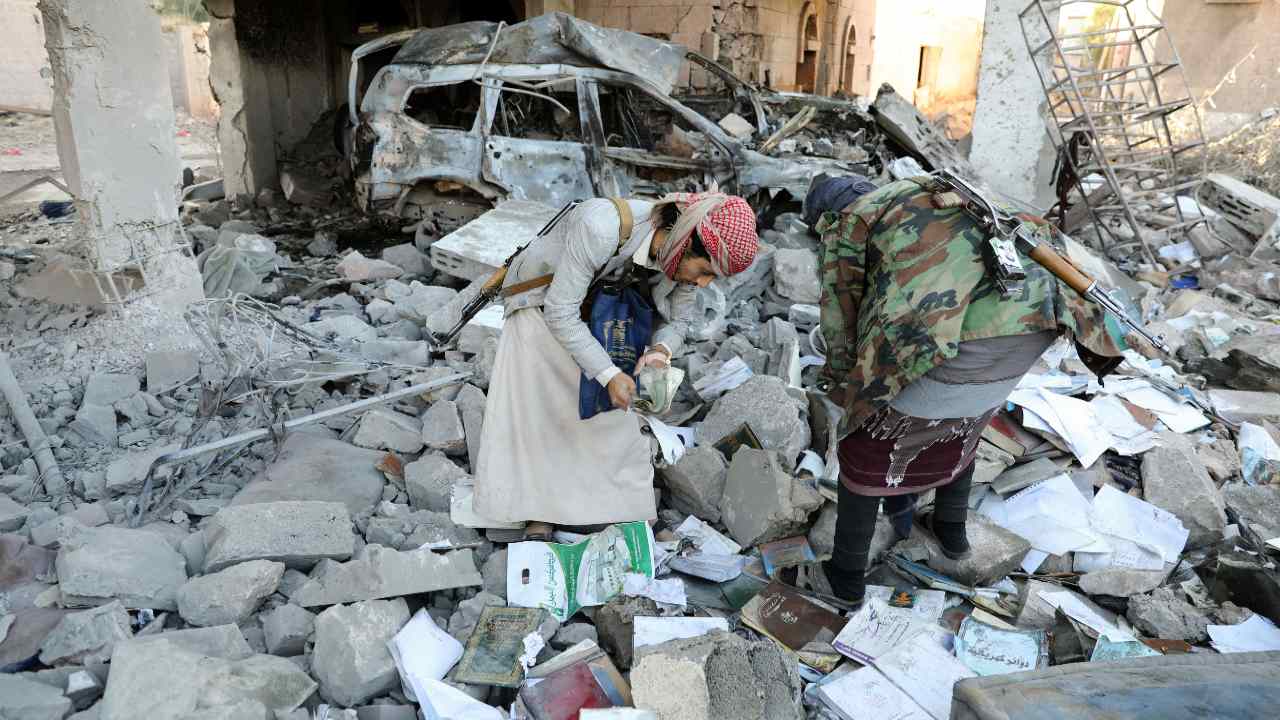 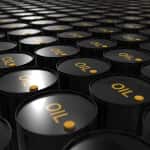 How the Yemen crisis can send oil prices skyrocketing

It is a given that any geopolitical instability invites an economic meltdown, and the Yemen crisis shook the oil conglomerate of the world. This time, it happened when the whole world was recovering from the ravages of the coronavirus pandemic.

Experts worry that the fresh violence in Yemen would send oil prices soaring as it has the potential to disrupt global oil supplies as Saudi Arabia is the world’s largest exporter of crude oil. Further, Yemen’s proximity to the Bab el-Mandeb Strait (strategically important for global shipping and crude oil supplies), which connects the Gulf of Aden to the Red Sea, is also a concern. If the strait gets blocked, tankers would have to take a longer route around the Horn of Africa, increasing the cost of their voyages and eventually resulting in higher crude oil and liquified natural gas prices.

According to a report by Oilprice.com, the long-drawn civil war in Yemen has prevented the development of its oil reserves and natural gas. Additionally, there are fears that there would be a repeat of what happened in September 2019 after the attack on the Abqaiq crude processing plant and Khurais oil field that had sent Brent soaring by almost 13 percent.

If the Yemeni rebels launch attacks on Saudi Aramco’s petroleum infrastructure once again, oil prices are bound to increase and derail any chance of stabilising energy prices to help with global economic recovery.