Google rolls out Android 11 beta: Check new features, list of eligible devices and how to sign up

Google has primarily focused on people, privacy, and controls in Android 11.

Google has officially rolled out Android 11 beta. Surprised about the quiet rollout? Google typically unveils its new Android update at the Google I/O.

However this year, owing to the pandemic and the protests in the US over George Floyd’s death, the company decided to cancel its annual developer conference this year.

Android 11 beta is currently available for Pixel devices only. This is contrary to last year’s rollout wherein select devices from multiple OEMs were offered support to get access to the early beta update.

Google has primarily focused on people, privacy, and controls in Android 11.

The biggest update on Android 11 is on the privacy front. Google is borrowing a page from iOS’ list of features and bring one-time permissions on Android. The feature will allow users to give apps permission to access the smartphone’s microphone, camera, location, etc. to that one time.

As per Google's post on permissions in Android 11, "Whenever your app requests a permission related to location, microphone, or camera, the user-facing permissions dialog contains an option called Only this time. If the user selects this option in the dialog, your app is granted a temporary one-time permission." Until Android 10, users had the option to either give app permissions either all the time or deny it altogether. The Android 11 update will also reset all permissions an app was previously granted if it has not been used in a long time.

To make communication easier and simpler, Android 11 will move all of your conversations across multiple messaging apps to a dedicated space in the notification section.

The feature will essentially make it easier for the user to see, respond to and manage conversations all in one place. Users can mark a conversation as a priority, which will pin it to the top so that you do not miss out any key notification, even when ‘Do Not Disturb’ is enabled.

Google has also introduced Chat Bubbles, something similar to Facebook Messenger. The feature pops out conversations, giving users one-tap access to open a full conversation, thus avoiding the need to switch back and forth between apps.

The Google Keyboard, aka Gboard, has also received a minor yet useful update. Gboard will now provide relevant and automatic suggestions for emoji and text.

With Android 11, managing your connected smart devices will become easier. Users can access and control their smart devices in one place by long pressing on the power button on their smartphones. 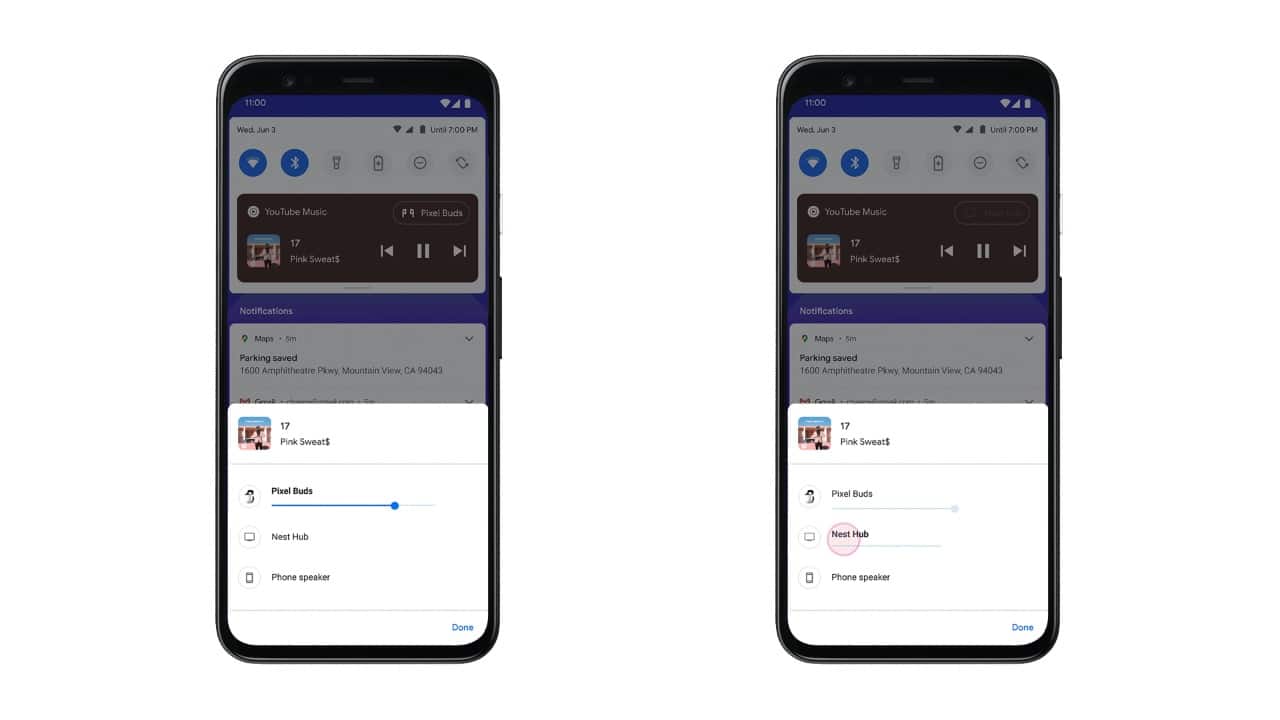 The beta program is limited to Pixel devices as of now. Google should roll out support for more devices from other manufacturers in the coming days.

You can follow this link to learn about how you can sign up for Android 11 beta program.
Pranav Hegde
Tags: #Android #Google #Technology #video
first published: Jun 11, 2020 08:36 am