India shows the way in checkmating a rampaging China

The only thing positive about the five-point Sino-India road map to address the standoff on the Line of Actual Control (LAC) in Ladakh is the `joint statement’ issued by the two countries on the side-lines of the Shanghai Cooperation Organisation (SCO) meet in Moscow on September 10.

The rest, say experts, is diplomatic grandstanding, which does not count for much. The consensus on the five points was reached during talks between external affairs minister S Jaishankar and his Chinese counterpart, Wang Yi.

Former Foreign Secretary Kanwal Sibal believes that the so-called five-point consensus are merely a rehash of old platitudes. “The joint statement does not mention return to status quo. It talks about joint de-escalation and disengagement. Not surprisingly, it is silent on the critical points,” he told this writer. 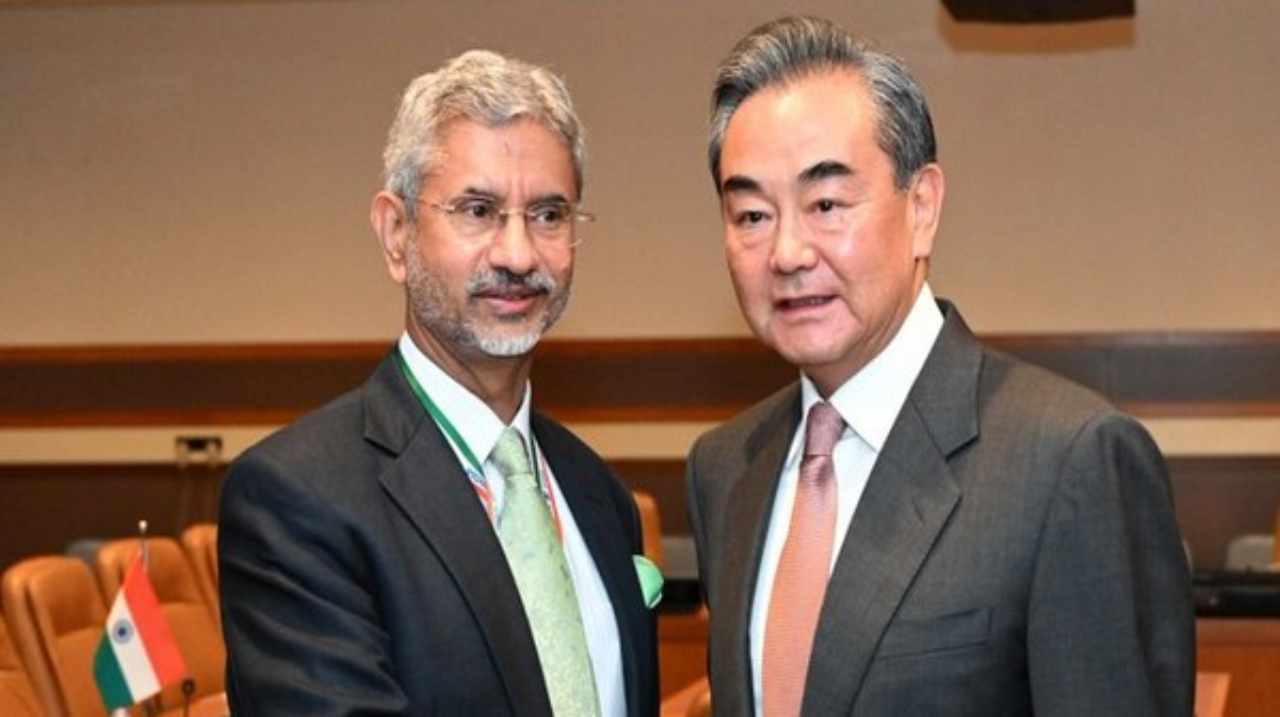 According to Sibal, President Xi Jinping’s megalomaniacal behaviour has ensured that there is no backing out of the status quo ante in Ladakh: neither India nor China can move from their positions in Kailash Hills and Depsang plains respectively, without losing face, which turns the situation into a deadly impasse, heightening the chances of an armed conflict in the near future. Once a conflict begins, then it is difficult to either contain or predict their trajectory, he points out.

By all credible accounts, news of the Indian Army’s swift moves in the vicinity of the Spanggur gap in the Kailash area, has surprised the Chinese PLA as much as they had surprised the Indians at Depsang Plains earlier this year.

This area - all of which comes under the strategically critical Chushul sub-sector, also the scene of heavy fighting in 1962 - has come into focus in the standoff between the Indian and PLA troops following the movement that took place on the intervening night of August 29 and 30.

The Chushul sub-sector lies south of Pangong Tso in eastern Ladakh. It comprises high, broken mountains and heights of Thatung, Black Top, Helmet Top, Gurung Hill and Magger Hill besides passes such as Rezang La and Rechin La, the Spanggur Gap, and the Chushul valley. At least five of these peaks are now under Indian control.

Experts believe that this one single move by India has neutralised the advantage that China gained when it secured areas between Finger 4 and Finger 8 on the northern bank of the Pangong Tso.

India’s domination of the ridgeline in the Chushul sub-sector gives it bargaining chip in negotiations for the disengagement process because Chushul is the gateway to Leh.

Srikant Kondapalli, professor in Chinese Studies at JNU and one of India’s foremost Sinologists, however, believes that there is very little chance of a protracted conflict because both China and India do not want a war. While agreeing that the Moscow agreement is a face saver, he says many things have changed since the Galwan Valley clash of June 15.

"There is a new normal. Troops on both sides are carrying arms, which was not the case earlier. Second, with Chinese aggression in Western Ladakh and Depsang, virtually all No-Man Lands are up for grabs all along the LAC. The situation is materially different,” he told this writer.

According to him, the Galwan incident will remain the turning point. ``The aura of Chinese invincibility and President Xi Jinping’s ambitious plans have taken a beating. My information is that the local Chinese commander at Chushul refused to act against the Indians occupying heights in that area. Chinese casualties, which according to one source reached 103 in Galwan Valley, is a big deterrent against misadventure,” he states.

Indian military experts believe that the taking of Spanggur Gap is seen as a humiliation by the PLA, which set off frantic reactions from China — eight press statements in the 12 hours after the news broke!

Lt Gen Utpal Bhattacharyya (retd), who served in the Indian Army for 40 years and has extensive experience in regions bordering China, believes that the taking of the Spanggur Gap has come as a relief to the country.

Writing in The Week magazine, he is convinced that the 1.2 billion people of this country, mostly, repose faith in the Indian Army’s ability to be the vanguard of national power and pride.

"Some of the more-exaggerated reports from ‘interested’ sources did have an impact on the national morale of this demographically young nation. So, the news from earlier this week has certainly brought about a perceptible swing in the national mood and has also provided swagger to the national leadership, including Rajnath Singh and S. Jaishankar’s incipient dialogues with their Chinese counterparts in Moscow,” he noted with pleasure in his column.

Despite the Jaishankar-Wang diplomatic initiative, there is little doubt that Sino-Indian ties have entered a more turbulent phase of confrontation just prior to the onset of winter. In a few weeks’ time, the remote higher reaches of Ladakh would be snow bound, which means that both the armies will be prepared to dig in for the extreme winters.

The harsh winter that lasts for eight months poses a big challenge. It is very difficult to dig in and make shelters on the ridgeline. The mercury plummets to minus 30 degrees Celsius, and there are frequent snowstorms, making it difficult to launch major operations. In addition, the Pangong Tso also freezes, which means that movement between its north and south banks are impossible. Naturally then, to expect that armies that dig in for the winters will move out on their own accord with the onset of summer, is ambitious.

Some other specialists like diplomat G Parthasarathy – himself a former military man – believes that the current Chinese army is not Mao Zedong’s army of the 1960s. ``This army is used to creature comforts. I doubt very much whether they have what it takes to fight a war in the higher, icy cold reaches of Ladakh,” he told this writer.

A veteran of many negotiations with tricky adversaries, Parthasarathy too believes that the diplomatic road ahead looks far from promising. ``Foreign Minister Jaishankar has not got much out of the dialogue; not that he had too many options. It is also important to remember that with the Chinese, their statement and their actions are always going to be at odds with each other,” he says. 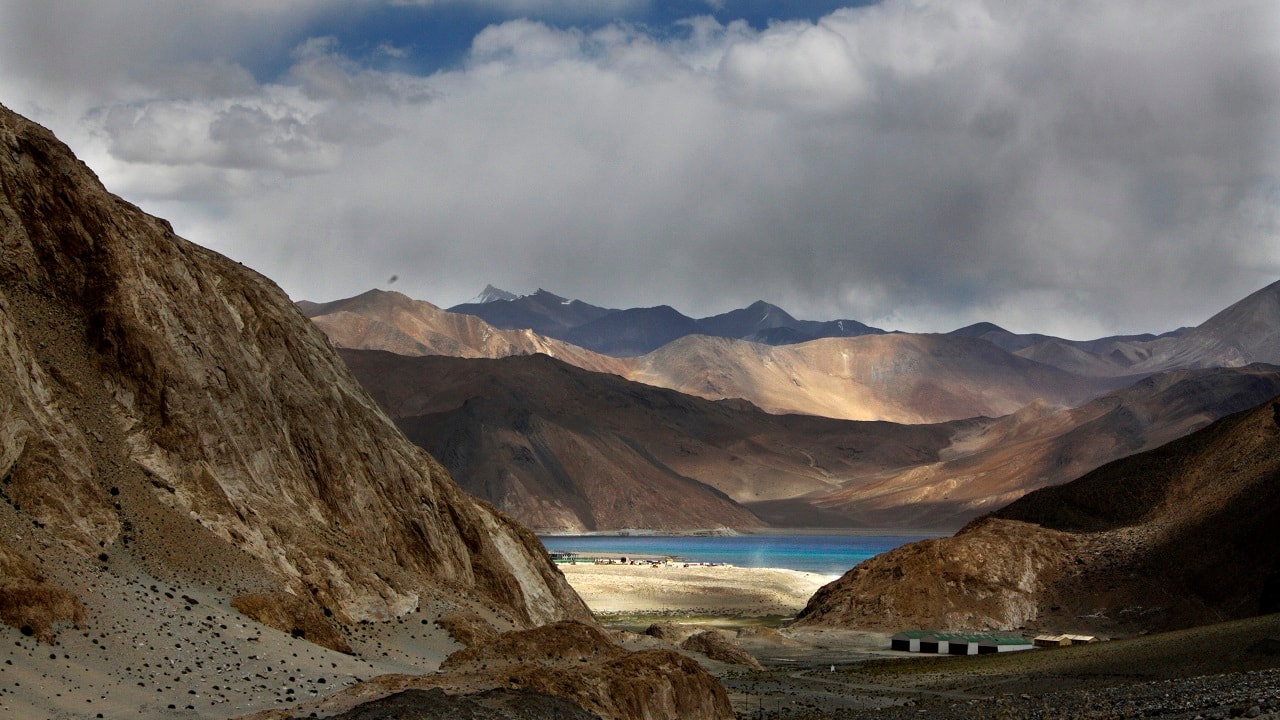 Military observers say that given the shocker of losing Spanggur Gap and occupation of Chushul heights, the failure of making a diplomatic headway and the onset of terrible winters, some PLA moves to restore its honour before mid-November could be expected. It is this unfolding scenario that India must prepare for in the days ahead.

Gen Bhattacharyya predicts that the "PLA has wound itself into a corner and a face-saving exit is no longer sufficient. It needs to come out a winner.”

When both diplomatic and military pundits believe in the inevitability of conflict, then the road ahead could be jittery. Yet, there have been foreign minister-level talks and five rounds of high-level military dialogue between the two sides to stave off a skirmish.

Sibal believes that both India and China are holding talks to show the world that they tried hard before deciding to pull the trigger. With Americans going into the poll mode, the chances of a third-party intervention are bleak until a new government comes in.

And if that new government happens to be Democrats, it could take several months to figure out the contours of a fresh foreign policy initiative in Asia. Will President Jinping wait that long, given his tearing hurry to dominate the world?

Ranjit Bhushan is a senior journalist based in Delhi.