When it comes to mutual funds, market sense is better than fund manager sense

Regulatory prescription requiring disclosure of reference point to measure performance (benchmark) is helpful in selecting schemes. Here we examine if a scheme would perform better if it receives continuous attention of the fund manager (actively managed) or when it just mimics the bench mark (passively managed).

In actively managed funds, the portfolio is reviewed and rebalanced frequently in an attempt to improve performance and make it at least equal to the benchmark. For example, if a ‘large cap fund’ is benchmarked against the ‘Nifty 50’, the returns is expected to be comparable/outperform Nifty 50 returns.

In India actively managed funds have been underperforming their respective benchmark (see table below). The average net AUM (March 2021) of mutual funds stands at Rs. 32,17,194.64 crore, out of which actively managed growth/equity oriented schemes constitute Rs 9,82,567.45 crore, whereas the AUM of index funds (passive funds) stands at a meagre Rs 17,912.41 crore (as on March 31, 2021).

The graph and tables below show the vast majority of actively managed funds are underperforming the benchmarks. 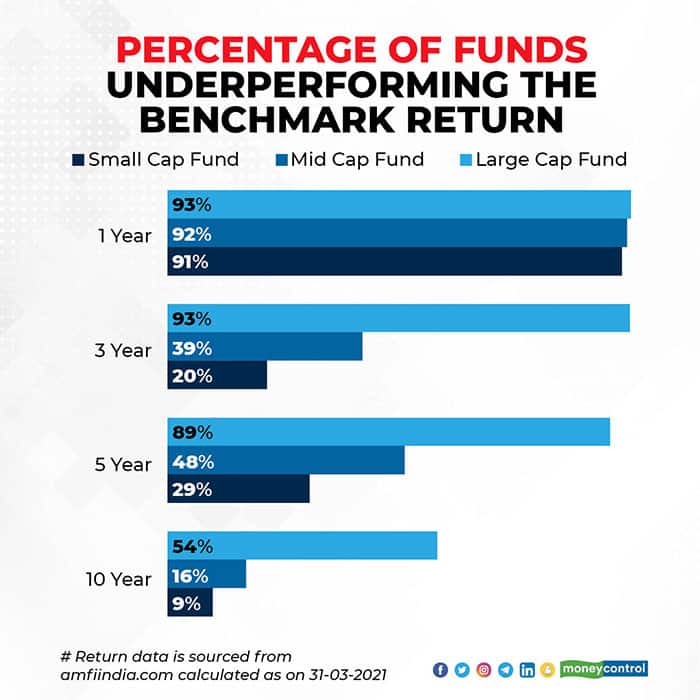 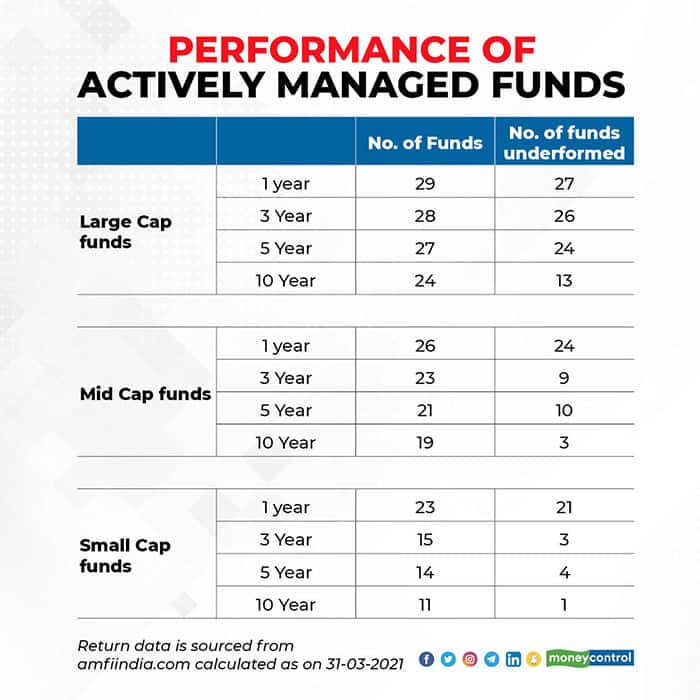 As against the under-performance of actively managed funds, index funds (passive funds) would have generated a return close to the benchmark as that is what they are designed for.