Surabhi: You have chosen Cummins interestingly. Company was in the news and of course, merger and acquisition (M&A) news was denied. Also, going through a bit of a management overhaul and change. What do you see ahead?

So, there is still a good run left for Cummins and at the same time, Cummins is also working on electrical engines and they are already testing out in the US. By next year, you will have most of their buses out there running on Cummins electrical technology. So, clearly their research and development is extremely strong and Cummins India, clearly has an edge from the parent. So looking at all this, looking at the way the Indian economy is expected to grow because this is clearly linked to the Indian economy because with the infra growth, with the growth in railways, clearly Cummins is going to benefit, no doubt, and balance sheet is in extremely good position, hardly any debts. 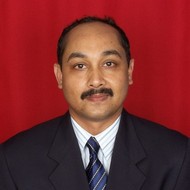 So looking at about Rs 20 earnings per share (EPS) for FY19 and about Rs 24 FY20. This stock should not be bought immediately because like you rightly said, it had run up because of the rumours. So on some sort of a correction at possible levels of about Rs 860-870, it could be bought for a target price of about Rs 1,200 or so.

Surabhi: You are trying to pick the bottom for this one because this is the non performing stock. Videocon is what we are talking about - Dish TV which will merge with Videocon. Average revenue per user (ARPU) has been suffering, we know the story but everybody is waiting what happens after the merger if then there is a mark change in the business?

Baliga: Generally, sectors like these pass through couple of phases. The first phase is when there are too many competitors, margins are under pressure and then you get into a phase of consolidation. What we have also seen Dish taking over Videocon. So, post the phase of consolidation you normally have the margins starting to move up and that is what I see happening as far as Dish is concerned. Secondly, we have seen that ARPUs were bad, they are improving and they have stabilised at this point of time. I expect that to improve going ahead.

Thirdly, you have these multiple-system operator (MSO) where major competition and there was a huge arbitrage in the pricing of MSOs as compared to the Dish once so that arbitrage has reduced which is also positive for Dish. We are expecting that Doordarshan which is free to air may not remain free to air going ahead. So, looking at all this and the sort of subscriber additions they have been doing in the past couple of years I mean that has been superb although ARPUs were not up to the mark but subscriber additions are superb. That will start paying off now.

Because even if ARPUs move up by other say Rs 10-15 that is a huge addition to bottom-line. The most important thing what has happened is on the valuation front because all of them were getting decently low valuations but with Warburg Pincus deal we are clearly seeing that Dish seems extremely cheap as compared to Airtel DTH. I mean looking at the valuations they have given, so that valuation gap also is there. So, from that point of view I think this stock can move up from current levels of closer to about Rs 80 to Rs 110-120 which is a conservative estimate for possibly the next 8-12 months but if you are looking at EPS for FY20 which I expect to be about Rs 4.50-5 at that point of time you could possibly see the stock at much higher levels.

Nigel: Would you buy this stock on the dip or at the current levels?

Baliga: I think at these levels there is no harm. But generally what I recommend is buy in various tranche. Don’t buy everything at one go. Because this market has lot of fluctuations. So, I think you should buy possibly about 4-5 tranche, whatever you buy.

Nigel: Your next pick? A banking pick?

Baliga: Yes, it is Karur Vysya Bank. So I would say this is a prime example of why you should stick to your core competence, why you should do what you know best. Because, they understand retail and small and medium enterprises (SME). But they wanted to get into big ticket and that is where they have got stuck with NPAs now.

The other thing is as far as banking is concerned, clearly, this is true for a number of other sectors but especially banking, it clearly depends on who is leading it. And, we have seen this happening in IndusInd Bank which Mr Sobti took over and then you saw IndusInd doing extremely well. Federal Bank, more recent, Shyam Srinivasan took over, is doing decently well. So here also, there is a change of management at the top. Mr Seshadri has joined in who has years of experience at Citi and he is expected to change the face of the bank. And now with clear focus again back on SME and retail, I actually expect this bank to start doing well, possibly after a gap of either 3-4 quarters. That is the time it will require to clean up.

Looking at an EPS of about Rs 8 for FY19 and about Rs 14 for FY20. So again, looking at the capital adequacy which is at a decent level. There has been an infusion of funds. That is two rights. So, I expect the bank to maintain those NIMs currently and expect that to move up in FY19 and FY20 because of which you will have the EPS moving up. So the downside at these levels of very minimal. That is what one should look at whenever you are buying stocks at Sensex 34,000. So upside I am looking at is about Rs 160 in the next 9-12 months.

Surabhi: Moving to your next pick, I must say I really like their tagline, 'It's the way you make me feel', Monte Carlo. But, coming to the stock itself, the issue price was Rs 645, if I am not mistaken. Stock has gone through its own journey.

Baliga: It has been an underdog completely.

Surabhi: So what is the trigger? What is changing now?

Baliga: We remember Monte Carlo only during winters. That is the time we hear about it. So clearly the business was seasonal. And what affects this, if you look at the other sectors, they get affected by the economy, so this gets affected by the economy as well as the weather. So if you have a weak winter, it affects the sales and that is what had happened in the last two years. But now, since the last couple of years, they have also been trying to move out of that and get into cotton fabrics in a large way. But that summer was not very successful, but now, with their revised strategy, I expect that things should fall in place.

They are increasing their institutional sales, increasing their exclusive brand outlet (EBO) footprint, getting into more of sub-brands, ladies and kids wear. So this should really work out well for them because the initial feedback which has come has been quite decent. So looking at an EPS of about Rs 36 for FY19 and about Rs 49 for FY20, it looks very cheap compared to other branded players. So, this is because of history, but it should catch up. So at these levels it looks decently cheap, possibly have a downside of about 5-7 percent which is there with any stock, but looking at a price of about Rs 740 over the next 9-12 months.
CNBC-TV18
Tags: #Stocks Views
first published: Dec 28, 2017 03:32 pm