What does the re-opening of Parag Parikh Flexi Cap Fund means for investors?

Parag Parikh Mutual Fund’s flagship equity fund, which is part of the MC30 (Moneycontrol’s curated basket of 30 investment-worthy schemes), reopens for subscriptions today while a decision on enhancing international investing limits is awaited.

The fund invested 25-30 percent of its corpus in overseas equities and the rest in the domestic equity markets, giving investors an international diversification, which is one reason for its popularity. 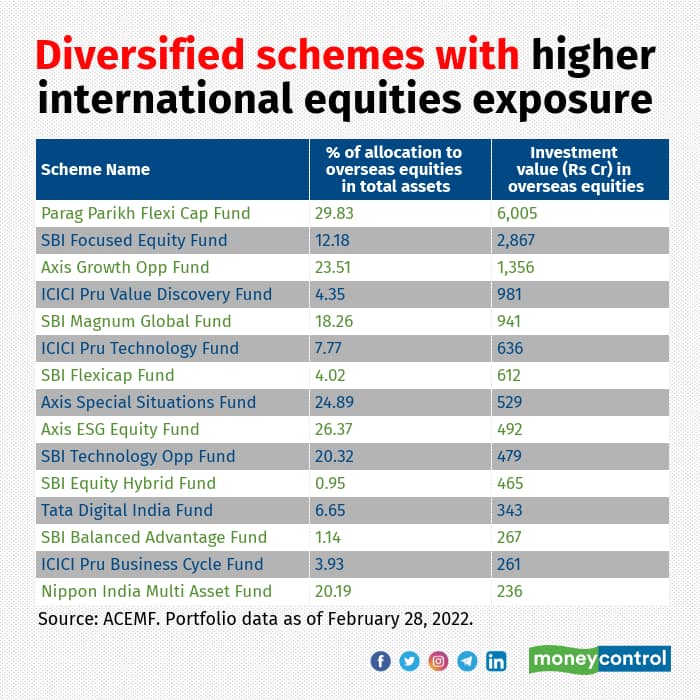 However, with the limit on overseas investments for mutual funds getting exhausted and yet to be enhanced, the fund will invest only in domestic markets for now. This could narrow the proportion of international equities in the scheme.

So, should you continue to invest in the fund or wait for the overseas limits to get enhanced before committing additional flows to this fund?

Parag Parikh Flexi Cap Fund (earlier Parag Parikh Long Term Equity Fund) was launched in 2013. Until recently, it was the only scheme in the asset management company’s stable.

Back then, the fund managed Rs 152 crore worth of investor assets. Today, it manages Rs 20,000 crore, a sign of the fund’s popularity and growth.

The fund’s holdings of US stocks was an important contributor to its strong performance.

Parag Parikh Mutual Fund follows the principles of value investing, where it looks for good-quality companies available at reasonable valuations, which might be out of favour. When the fund house invested in pharma and technology companies a few years ago, it faced investor scrutiny. However, these investments paid off as both sectors did well in 2020 due to Covid-19.

The fund sticks to the philosophy of long-term investing in letter and spirit. Data from ACE MF shows that the average turnover ratio of diversified equity schemes is 69 percent. That is, the funds replaced over 69 percent of the companies they held on an average, in the past one year. The turnover ratio of Parag Parikh Flexi Cap Fund was 18 percent as of February 28.

Financial planners say Parag Parikh Mutual Fund has always positioned itself as a mutual fund for investors with a long-term investment horizon.

“Even its website clearly states that the funds are meant for investors with a long-term horizon of at least five years” says Amol Joshi, founder of Plan Rupee Investment Services. “For these investors, it should be business as usual. Given its value investment style, the fund will now look for investment opportunities in the domestic markets. Sooner or later, when the overseas investing limit gets enhanced, the fund can re-balance its international exposure.”

Industry executives say the delay in increasing the overseas investing limit from $7 billion is due to the Russia-Ukraine war and its fallout on the global and domestic economies. Crude oil, which accounts for large part of India’s import bill, has seen a sharp rise in prices. The rupee has started to depreciate and the equity markets have fallen sharply. The government and regulators may now wait for things to stabilise before increasing the limit for international investing.

Also listen: Simply Save | What does restriction of flows in international schemes mean for mutual fund investors?

Neil Parag Parikh, chairman and CEO of Parag Parikh Mutual Fund, says the fund house considered launching a fresh scheme to take advantage of the drop in the Indian markets, but with its tax-saver fund already in its stable and one that’ll complete three years this July, Parikh says another pure Indian market-oriented scheme would be a duplication. The other option – the only and the best one at the moment – was to reopen Parag Parikh Flexi Cap Fund, he says.

Parikh is aware that an additional gush of inflows might distort the scheme.

For investors who sought geographical diversification, this might be a bit of a dampener.

Financial planners says international diversification is important, but at the same time, investors should not stop their investments in the fund just because it will not invest in overseas markets for the time being.

As of now, the fund still has a large chunk (about 30 percent) in international equities. A meaningful reduction in that portion will take effect only when the fund’s AUM doubles, which is still some time away.

The majority of its international investments are in US tech giants Google (9 percent of scheme corpus), Microsoft (7.9 percent) Amazon (7.4 percent) and Facebook (4.6 percent).

Parag Parikh Flexi Cap Fund has a solid long-term track-record. At present, both domestic and international equity markets are volatile. One can continue to use Parag Parikh Flexicap Fund for financial goals. At the same time, keep track of the fund’s performance and how its foreign holdings shape up over time.

Jash Kriplani is a journalist with over ten years of experience. Based in Mumbai. Covering mutual funds, personal finance. His last stint was with Business Standard, where he covered mutual funds and other developments in the financial markets
Tags: #International investing #Mutual Funds #parag parikh #RBI #SEBI
first published: Mar 15, 2022 09:31 am