Stock Mantra: This NBFC stock that rose over 100% in a year can climb another 25%

Shares of Shriram Transport Finance, which rallied more than 100 percent in the past year, have moved in a pattern that makes technical analysts optimistic about another 25 percent upside in three to four months.

The company’s shares have outperformed the Nifty50 that rose 42 percent in the same period in the past year. On the year-to-date (YTD) basis also, Shriram Transport’s rise of over 30 percent beats Nifty50’s 13 percent gain and BSE100’s 14 percent increase.

Technical analysts said that as per the Elliot Wave theory, prices are currently trading in 4th wave consolidation, and the fifth wave is still pending. The momentum could take the stock above Rs 1,700 levels in the next 3-4 months which translates into an upside of about 25 percent from the July 26 price.

According to the Elliot Wave Theory of market behaviour, which was published by Ralph Nelson Elliott in the 1930s, the stock market follows a pattern of five waves up and three waves down to form a complete cycle. 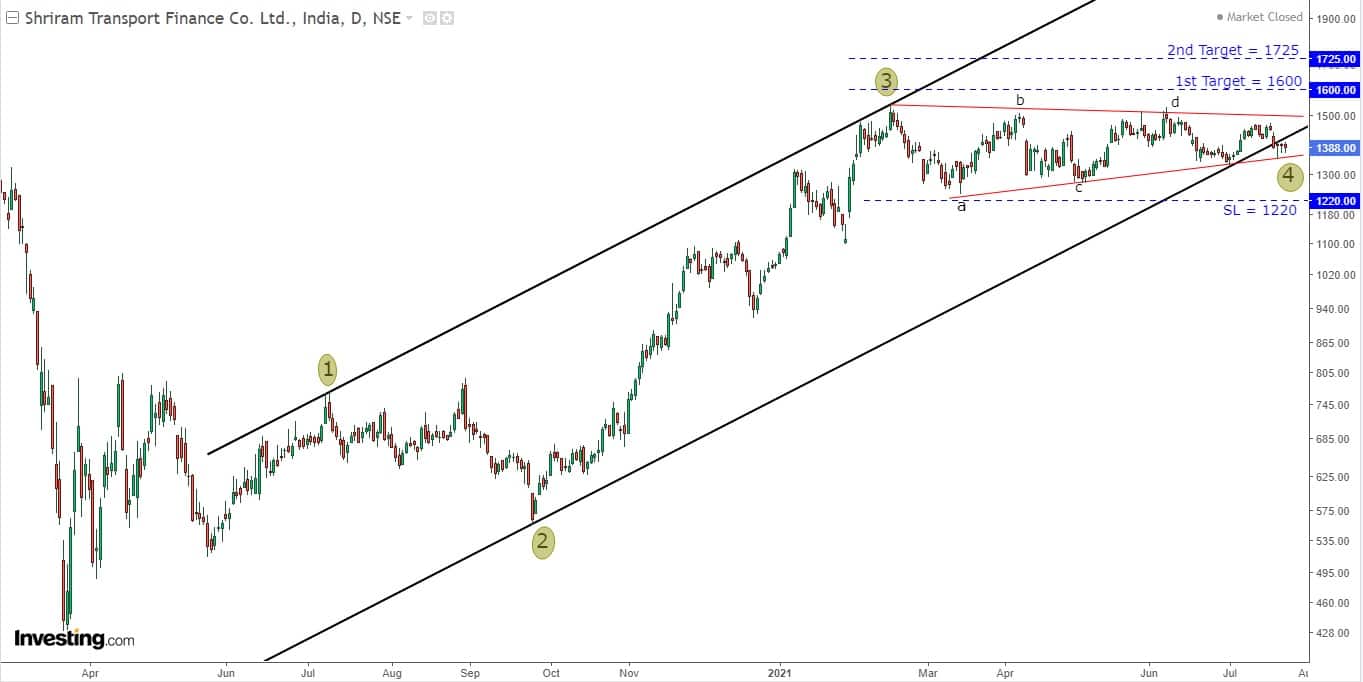 “Going ahead, the fifth wave is pending on higher side and price breakout with supportive volume above the immediate resistance of 1,480 level will trigger strong momentum towards 1,600 – 1,725 levels,” he said.