Stock investing: 10 ways in which investors can identify "value traps" amid COVID

There is a thin line that separates valued investing from bottom fishing during such market crashes. Hence, it is important to ensure that you analyze the fundamentals of the company thoroughly before investing.

So as important it is to carry out a comprehensive analysis to pick the right undervalued stocks, identifying value traps when you see them is equally important to avoid potential losses.

Value Trap and the Current Pandemic:

Whether you are a value or a growth investor, a stock selling below its expected value is usually alluring. Imagine a stock trading between Rs.1000-1200 suddenly dropping to Rs.600-700. 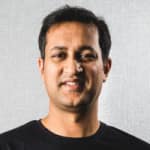 The instinctive reaction is to buy it, provided the company is doing fine, right?

However, when a situation like the current pandemic occurs that disrupts the entire economy, investors tend to believe that once the economy recovers, all stocks will rally.

While this might be true for all good-quality stocks, such times are breeding grounds for value traps too.

When the markets crash due to major macroeconomic events, all stocks get impacted. This is because the market sentiment is pessimistic.

If you look at the way the markets moved in March this year, you will find the best stocks losing ground too. And, so many investors tried to take advantage of the situation and invested in undervalued quality stocks.

However, there is a thin line that separates valued investing from bottom fishing during such market crashes. Hence, it is important to ensure that you analyze the fundamentals of the company thoroughly before investing.

1. Underperforming sector
2. Poor management quality
3. Shares of a company that is experiencing a constant decline in market share
4. Inefficiency in allocating capital for the growth of the company
5. Companies that don’t deliver as promised
6. Unsustainable debts
7. Overdependence on a particular product
8. Stocks trading at low multiples of the company’s earnings, cash flow, book value, etc.
9. Stocks that institutional investors are staying away from

10. A high percentage of insider ownership

Identifying a value trap requires the investor to gain a comprehensive understanding of the company and its financials. Focusing only on one or two aspects can be counterproductive. Also, the investment horizon and risk tolerance of the investor plays an important role in determining if a stock will turn out to be a value trap or not.

Here is an example:

Let’s turn back the clock to 2015 when Maggi Noodles were banned by the Food Safety and Standards Authority of India (FSSAI).

On April 08, 2015, Nestle India was trading at Rs.7146 per share. At this point, the company was doing fine and its stock was performing well too.

Considering the FMCG industry, this was a healthy P/E ratio (not high).

While things were looking bright for Nestle India, on May 31, 2015, there was a criminal complaint filed against the company for having high levels of lead in Maggi Noodles – one of its main products.

While the ban on Maggi resulted in the drop in the stock price of Nestle India, it also impacted the future prospects of the company.

In its next quarterly results, Nestle India reported a loss of Rs.64 crore. This was the first time the company had reported a quarterly loss in over 15 years! Since the earnings reduced, the P/E ratio climbed above 65 and investors started looking at the stock differently since it no longer looked undervalued.

While some investors found Nestle India to be a good-quality and undervalued stock, others chose to stay away from it. Although Nestle India re-launched Maggi in November 2015, over the next two years, the company’s stock price remained highly volatile and investors with a short-term investment horizon booked losses too.

And therefore, before choosing a stock, a holistic analysis of a company is crucial.

The best way to avoid a value trap is to ensure that you gain a comprehensive understanding of the company. Don’t look at financial ratios alone.

Try to understand how the company works and if it has the wherewithal to get through the bad situation that has caused its stock price to collapse.

In the example above, since Nestle India had strong fundamentals, it recovered from this bad phase and the stock price increased from around 7000 in 2017 to around 17000 in 2020.

However, if its fundamentals were not strong enough, it would have gone the other way causing huge losses to investors, and individuals who may have invested in it based on just a price drop would have suffered.

The bottom line is, if you spot an undervalued stock that you feel has massive potential, analyse it holistically on various parameters, check for the red flags in the fundamentals, make sure the company has the tenacity to survive competition, has good crisis handling ability and enjoys a wide economic moat.

(The author is Harsh Jain, Co-founder and COO, Groww)