Did market see US Fed's liquidity-driven rally without any economic fundamentals post 2008?

Investors should be aware of a liquidity-driven rally's risk and its end point once this fiat currency system itself gets questioned during geo-political tensions.

This rally is fuelled by excessive printing of currency by the US Federal Reserve. The Fed has expanded its balance sheet from $870 billion in 2007 to $7.2 trillion now — which is almost 800 percent higher than pre-financial crisis era. This money created by Fed is driving the global stock market rally since the last thirteen years.

In my view, global central banks have not solved problems of the 2008 financial crisis. They had just postponed the problem by printing new money. If you compare the top five banks of United States, most of them are either trading below 2001 price or around that. This is astonishing, but no one talks about it as of now.

The global banking sector does well only when there is expansionary balance sheets for economy and corporate, which is missing for a long time. 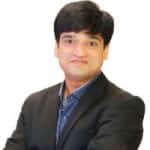 If we go back into history and observe, most of the global wars (in any form) happened due to higher debt problems. We are seeing the same in the current geo-political situation. In my view, COVID-19 is only an apparent reason of current geo-political tensions, the real reason behind this economic and social unrest is high global debt, trade deficits and increasing mistrust in fiat currency system.

Due to this, central banks had been forced to keep low interest regime since March 2009. These low interest rate cycle create asset bubble in different asset class. Global stock market is the leading asset class of the world. So whenever Fed print money, it goes into stock market to make quick returns and later only some part of this money goes into actual economy for which it was meant for.

This is the reason I believe the global stock market rally of last decade is liquidity driven rather than any fundamental strength. After 2009, we have hardly seen any linear connection in GDP growth rate, profit margins, return on equity and stock market valuation.

Below table may help you to understand dichotomy of economy and corporate performance compared to stock market valuations from India prospective. This dichotomy is also true for global stock markets, if I take example of the US stock market, it has given almost 450 percent returns since March 2009. However, the cost of borrowing for investor on cumulative basis may not be higher than 60 percent.

Hence, by borrowing liquidity from banks without investing in any business, a long term investor has made a net return of 390 percent in stock markets at index level. If we go to midcaps, then percent may be much higher. We advise our investors to be aware of this risk of liquidity driven rally and its end point once this fiat curacy system itself gets questioned during these geo-political tensions.

(The author is Co-founder & CEO at Ashika Wealth Advisors)