Set in an imaginary town called Jhunu, The Nameless God unfolds against the backdrop of an unforgettable event in recent Indian history – the demolition of the Babri Masjid in 1992, and the communal riots that followed right after.

Savie Karnel spent her childhood reading every book that she could lay her hands on. Living in a small town meant that she had limited access to bookstores and lending libraries but she made the most of what was available. She is now the proud author of The Nameless God, a work of fiction published by Red Panda, the children’s imprint of Westland Publications.

Her smashing debut in January 2021 revolves around two children -- Noor and Bachchu -- who believe that the God they have known all along is too busy to answer their prayers, so they create a new one. Set in an imaginary town called Jhunu, this book unfolds against the backdrop of an unforgettable event in recent Indian history – the demolition of the Babri Masjid in 1992, and the communal riots that followed right after.

Here are some excerpts from an interview with the author:

Q: Adults often like to keep children away from politics but your book for children is set during a period of communal violence. What led you to make this decision?

A: Of course, parents want to shelter their children but it is unrealistic to create a world that is totally cut off from the harsh and cruel aspects of life. Children know what is happening. They listen to the conversations between their parents. They read and watch things on the Internet. They are exposed to political propaganda. If we don’t address their concerns about hate and violence, we might also lose the opportunity to talk about friendship, love and tolerance.

Q: It is believed that authors draw a lot from their own lives, especially while writing their first book. How was your experience?

A: I grew up in a small town called Karwar in Karnataka. From what I remember, it was quite peaceful there in 1992 when riots broke out after the demolition of the Babri Masjid in Ayodhya. I did not have a first-hand experience of the riots but I heard stories of enmity and bloodshed from people who were returning to Karwar from Mumbai. I went back to those memories while writing this book, and also spoke to more people who personally experienced those events. Newspaper articles from that time were also quite helpful during my research.

Q: A large part of the book was written in Dharamsala. How did that environment nurture your writing?

A: The skeleton of the story was put together in Pune five years ago but the fleshing out happened in Dharamsala. In January 2020, the roads were covered white with soft hail. I slipped on the stairs, and hit my head to a sharp iron bar. With my hand on my bleeding head, the first thought that crossed my mind was, “I have not yet published a book!” In the month after that, the Delhi riots happened, and I felt that this story had to be told urgently. I wrote to all the publishers whose email addresses I could find on the Internet. Vidhi Bhargava of Red Panda replied, and guided me to work on the story. 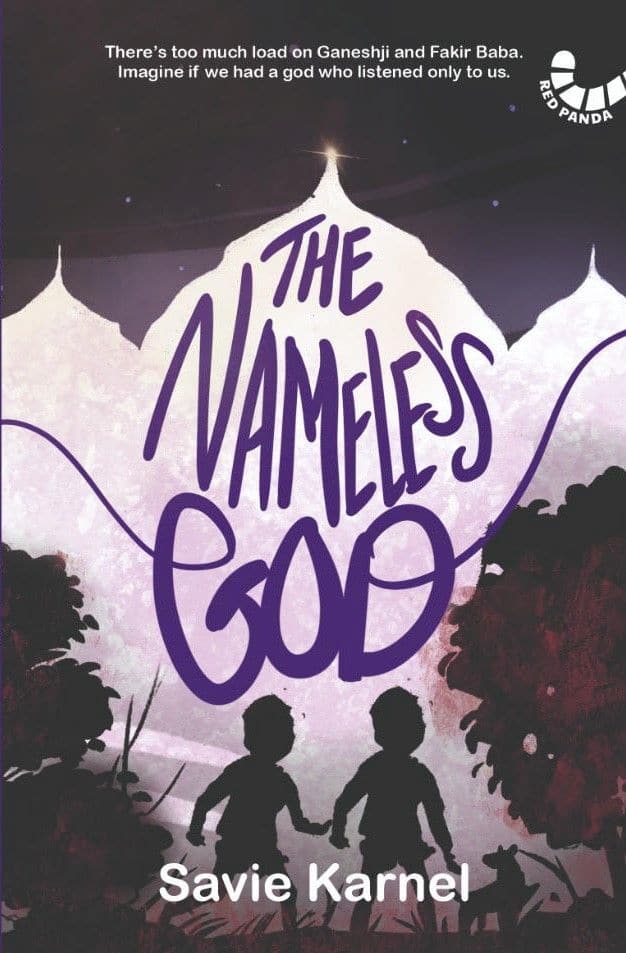 During the COVID-19 pandemic I used to sit in a corner of my house, and write. The Dhauladhar mountain range was visible from where I was seated but it was hardly a dreamy, romantic setting. My son didn’t have to go to school any longer. My life turned upside down. Internet connectivity was badly hit when the router was burnt by lightning. Some monkeys broke our dish antenna, so I couldn’t watch television either. And it was tough to get things repaired during the lockdown. Somehow the circumstances and challenges of living in the mountains led me to write.

Q: How did you ensure that the story was engaging on its own terms, and not just a vehicle for communicating ideas such as secularism, communal harmony and patriotism?

A: I know that children get bored easily, so I wanted the book to have a sense of humour. In order to catch their attention, I set the book in a time period that is unfamiliar to them. The sheer novelty of being transported to a world where nobody had cellphones, very few people owned a television, and people used pamphlets rather than WhatsApp messages to spread propaganda, was bound to catch their attention. Then I decided to weave in stories from my own childhood. I remember going to my neighbour’s house to watch Ramayan on Doordarshan, praying hard for my school to announce a holiday, and making rakhi brothers because I had none of my own.

Q: How would you describe your own relationship to faith and religion?

A: I had a Catholic upbringing but I don’t like to associate myself with any religion now. My husband grew up in a Hindu family. We have managed to keep our son irreligious so far. I think that God is a necessity but religion isn’t. When I am feeling low or when things don’t work out the way I want, the idea of God gives me hope. I can have my personal relationship with God without belonging to a religion. The Constitution of India supports this choice.

Q: Your book also talks about how the army as an institution is inclusive of people from all faiths. Could you share the thought process behind that?

A: I am married to an army officer. Though ours is an inter-faith marriage, that has never been an issue for us, regardless of where he is posted. We have been welcomed by people of all faiths, and we like to extend the same hospitality. It has been wonderful to celebrate Christmas, Diwali, Eid and a lot of other festivals. I have seen secularism at its best in the Indian Army. I have witnessed Hindu officers offering the namaz with Muslim soldiers, Muslim officers conducting a havan, and non-Sikhs organising the langar on Guru Purab. That is why, when I was developing the character of Noor in the book, I wanted him to be the son of an army officer. He has been raised to think of himself as an Indian first, and a Muslim after that.

Q: Noor says, “Emperor Aurangzeb was certainly a bad apple. If he had indeed destroyed temples, he was evil. But why am I being punished? I am not even related to him. He is not even my great-great-great grandfather.” This portion of the book is hard-hitting because it shows how often Muslims are questioned about their loyalty to India.

A: Noor, Bachchu and Seema – all the three children you meet in my book are critical thinkers. They don’t buy explanations that seem dubious. They ask questions, voice their disagreement, and try to find out the truth on their own. Noor, like many other Muslim, children is fed up of being told that he is an outsider and that he must go to Pakistan. He is very much an Indian, just like his friends, and he wants to be treated as equal.

Q: In your book set in 1992, volunteers planning to demolish the Babri Masjid are asking for donations. And now, in 2021, donations are being collected in real life for the construction of a Ram temple in Ayodhya. Have things changed at all in three decades?

A: Yes, things have changed. We have regressed further. Perhaps it’s because of social media and the easy spread of fake news. In the 90s too, we felt that things were at the worst, but we as a society tided over it and continued to live harmoniously. This was possible because of the many Noors and Bachchus who held friendship above all. Whenever things seem bleak, I believe that the number of individuals who hold friendship dearer and see the pointlessness of fighting over religion is much more than those propagating hate. The secular fabric of India is stronger than what we are made to believe.

Q: Last year, Natasha Sharma’s picture book The Art of Tying a Pug was withdrawn after a backlash from Sikhs. This year, criminal proceedings have been initiated against the cast and crew of Ali Abbas Zafar’s web series Tandav for offending Hindus. Since your book also deals with religion in a playful, irreverent manner, how did you react to these developments?

A: We are living in an atmosphere where fear is being instilled in people’s minds, and they are bending themselves to adapt. I would be lying if I said I didn’t have any fears while writing and putting out this book but it’s important to be courageous if you want things to change. We can’t expect children to be proud of our democracy if we don’t talk about freedom of expression and dissent as well. I see The Nameless God as a story of hope.