The report by Chiratae Ventures and Zinnov says India’s digital talent will double from 0.8 million in 2020 to 1.5 million in 2025. Indian SaaS companies may fulfill 19% of global SaaS demand by 2025, it adds.

Only 30 percent of Indian SaaS companies are headquartered in India, while the rest are based out of the US, the report said. (Representative image)

Propelled by aggressive digital adoption across companies under the pandemic, the Indian software as a service (SaaS) market which witnessed 5x growth in revenues in the past five years is set for explosive growth by 2025. A report by Venture Capital firm Chiratae Ventures and consulting firm Zinnov says that the market value of SaaS is expected to surpass IT services by 2025-30. 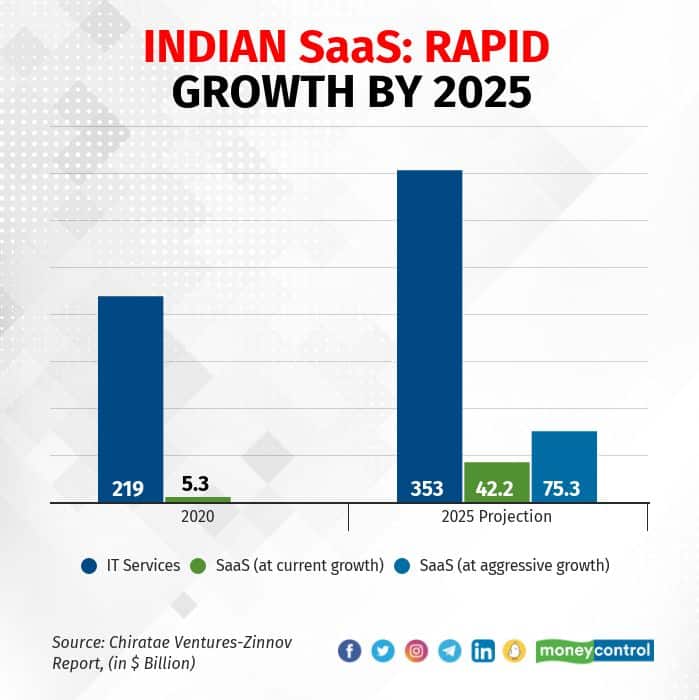 By 2025, the Enterprise Value to Revenue valuation multiple of Indian SaaS is expected to reach the current 2021 levels of the US SaaS market. The report says valuation multiples are set to grow from 12x in 2020 to 18x in 2025 based on aggressive growth estimates. However, a majority of the revenues for Indian SaaS companies come from outside of India and that is only set to grow further. The contribution of global revenues stood at 70 percent in 2020 and is expected to grow to 85 percent in 2025.

Only 30 percent of Indian SaaS companies are headquartered in India, while the rest are based out of the US, the report said. India currently accounts for around 25 to 30 percent of global digital talent at 0.8 million. By 2025 the number is set to double to 1.5 million. 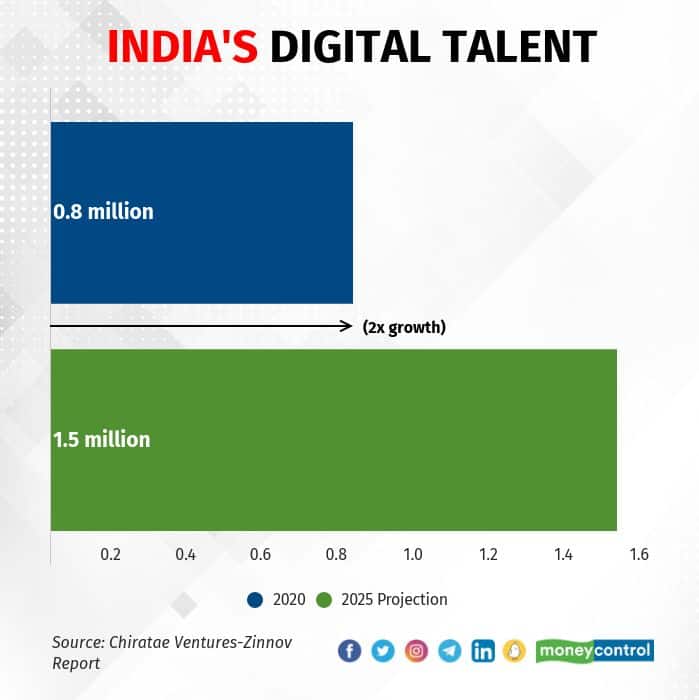