you are here: HomeNewsBusiness
On an average, the pace of vaccination in India has been steady at about 50-55 lakh doses per day. However, the data shows that there is still a long way to go if India wants to achieve its stated target of vaccinating its entire adult population of 940 million by the end of 2021.
Updated : August 27, 2021 / 07:00 PM IST

Alittle over seven months since the day India launched its COVID-19 vaccination drive on January 16, the mass inoculation programme is closing in on a major milestone, with nearly half the country’s adult population receiving at least one shot of the vaccine.

On several fronts, the nationwide vaccination drive launched by Prime Minister Narendra Modi on January 16, with healthcare workers at the frontline of India's COVID-19 battle getting their first jabs has seen progress.

The country began the second phase of the vaccination drive from March 1, in which, everyone above 60 years of age and those over 45 years with comorbidities could start getting the vaccine.

From April 1, vaccination was opened for everyone aged 45 and above with or without comorbidities. Soon after, the third phase of the COVID-19 vaccination drive was rolled out for those in the 18-44 age group on May 1.

The central government had initially 'liberalised' the vaccination drive to allow states, private hospitals, and industrial establishments to procure the doses directly from manufacturers.

However, later it announced to provide free COVID-19 vaccines to everyone above the age of 18 years from June 21. The new COVID-19 vaccination policy is a significant shift from the government's 'liberalised and accelerated' policy, announced earlier.

The cumulative number of COVID-19 vaccine doses administered in the country crossed 60 crore mark on August 26. However, the data shows that there is still a long way to go if India wants to achieve its stated target of vaccinating its entire adult population of 940 million by the end of 2021. A mix of abundance and shortage

India is the world’s biggest vaccine maker, thanks to Serum Institute of India. The company stopped all exports of COVID-19 shots in April as the government asked it to divert supplies to the domestic inoculation drive as infections surged.

However, recently people from several districts of West Bengal and Karnataka and from cities of Mumbai, Ghaziabad, etc reported vaccine dose shortage.

Due to a paucity of vaccines, the Brihanmumbai Municipal Corporation (BMC) announced that vaccination will be postponed on August 19 and August 20 at government and municipal centres in Mumbai.

This is the third time this month that vaccination is being stopped due to a shortage in vaccine supply.

As per a recent national survey by LocalCircles, 39 percent citizens said they or someone in their close social network could not find a vaccine dose when they went for vaccination in the last 30 days.

However, at least 23 state districts have reported extremely low participation by private hospitals (0-10 percent doses of the total does given) in the vaccination programme, a news report highlighted.

Numbers show that in Beed, Jalna, Parbhani, Nandurbar and Osmanabad, government centres have administered nearly 100 percent of all vaccine doses. Villagers wait to receive a dose of COVISHIELD vaccine, a coronavirus disease (COVID-19) vaccine manufactured by Serum Institute of India, during "Vaccination on boat" programme in Gosaba Island in the eastern state of West Bengal, India, July 12, 2021. REUTERS/Rupak De Chowdhuri

Meanwhile, in major cities like Pune and Mumbai private hospitals have administered 48 percent and 54 percent of the total doses respectively.

When asked how significant a role free vaccines play in the country’s fight against the virus, infectious disease consultant Dr Om Srivastava said, “The concept of a free vaccine rather than paid one will always have some amount of charm for one set of the population. The queue outside a civic hospital has been far bigger than that at a private hospital. So if not crucial, free jabs will certainly appeal more to public and prove beneficial to the vaccination drive in India.”

On an average, the pace of vaccination in India has been steady at about 50-55 lakh doses per day. According to analysts, India needs to administer at least another 2 billion doses to cover the entire population.

Clearly, we need more vaccines, but where will they come from? 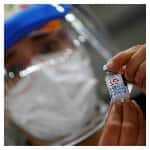 India currently has six vaccines in total of which five are for adults. Of the total, the country has manufactured most doses of the existing vaccines which is the AstraZeneca-Oxford’s Covishield, a locally manufactured vaccine by the Serum Institute of India.

A weakened variant of a common cold virus (known as an adenovirus) from chimps is used to create the vaccine. The current gap between two doses of the vaccine has been set at 12-16 weeks for all adults.

Another existing vaccine with India being the Covaxin which is an inactivated vaccine, meaning it is made up of coronaviruses that have been killed, making it safe to inject into the body.

Made by Bengaluru-based Bharat Biotech, a 24-year-old vaccine company, the two dosages are separated by 4 weeks.

Sputnik, the Russian vaccine created in the Gamaleya Institute in Moscow, employs a harmless cold-type virus as a carrier to deliver a small portion of the coronavirus to the body.

Interestingly, the Sputnik vaccine, unlike other similar vaccinations, employs two slightly different forms of the vaccine for the first and second doses, which are given 21 days apart. 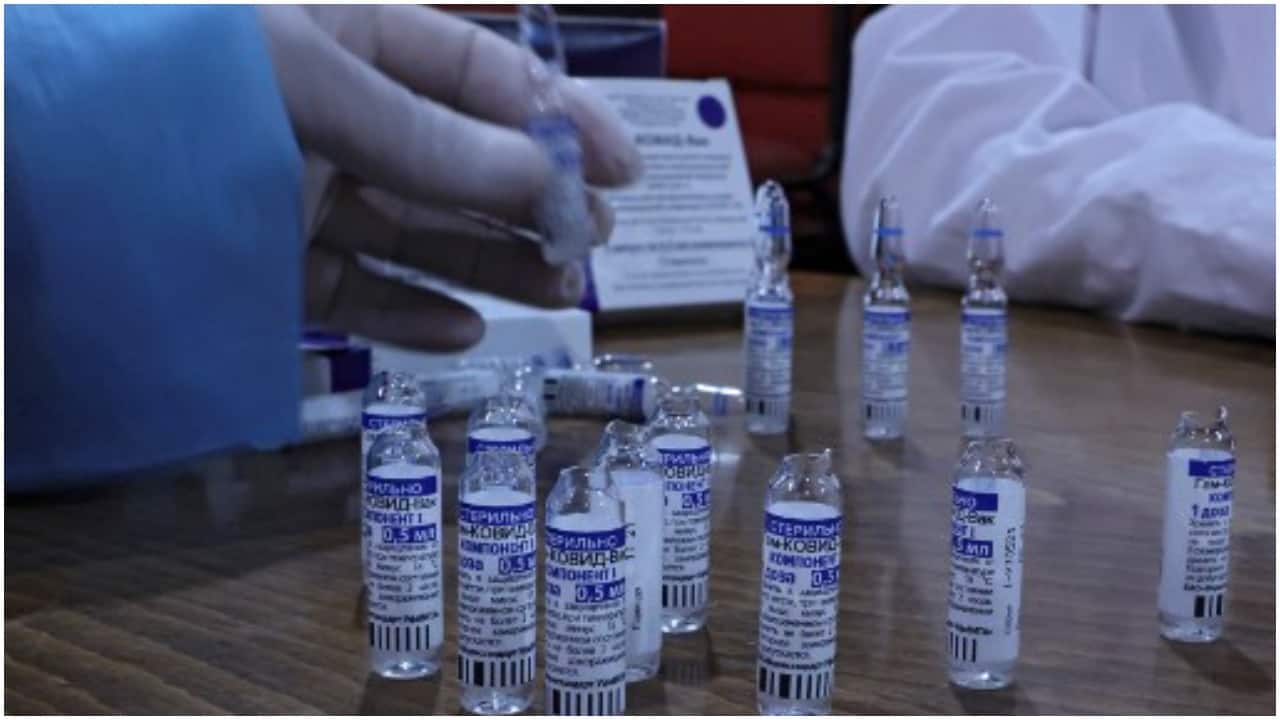 Recently it was reported that Mumbai-based drug manufacturer Wockhardt is planning to emerge as a major contract manufacturer of COVID-19 vaccines and is targeting to commercially make available Russia's single-dose vaccine Sputnik Light in India by the end of this year.

Moderna's COVID-19 vaccine was granted emergency use authorisation by India's drug regulator in June this year. Moderna’s method of protection relies on messenger RNA (mRNA) to programme cells to generate immunity to the COVID-19 disease.

The vaccine had an efficacy rate of 94.1 percent in preliminary clinical trials and the real-world effectiveness of this jab has been measured at over 90 percent. The vaccine makers have also said that it provides protection against the newer variants of the novel coronavirus. 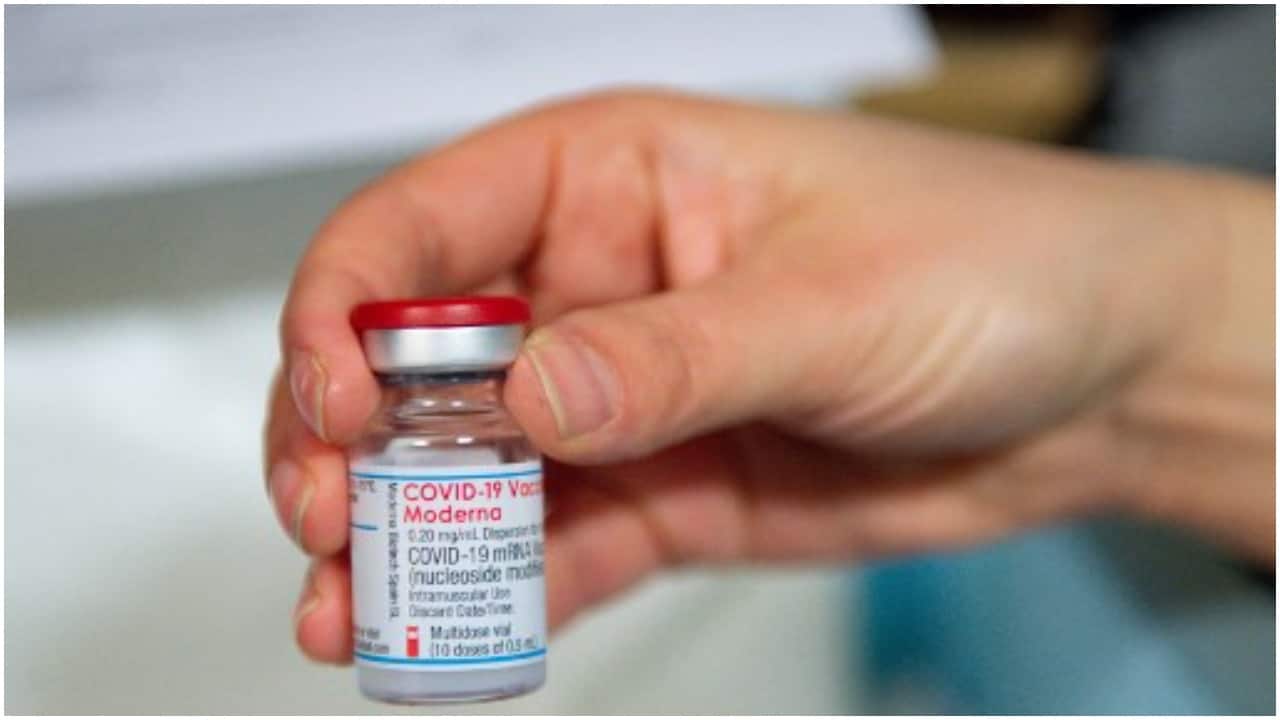 The Drugs Controller General of India (DCGI) had granted permission to Mumbai-based pharmaceutical company Cipla to import Moderna’s Covid-19 vaccine for restricted emergency use in the country.

However, there is no clarity so far when the shots would be available in India.

NITI Aayog member (Health) VK Paul had recently said the government is working actively with Moderna to see how its vaccine can be imported and made available in the country.

Could Johnson and Johnson be a viable option soon?

US pharma giant Johnson and Johnson single dose COVID-19 vaccine Janssen became the fifth vaccine to get Emergency Use Approval (EUA) by the government of India.

The single-shot vaccine, developed by J&J subsidiary Janssen Pharmaceuticals, has been shown to be 85 percent effective in preventing severe disease in phase 3 human clinical trials. Janssen’s AdVac vectors are based on a specific type of adenovirus, which is genetically modified so that it cannot replicate in humans and cause disease.

However, the exact road map for making the vaccine available in Indian markets is still under discussion. "While we look forward to meeting our delivery commitments it is premature for us to speculate on the timing of our vaccine deliveries,” Johnson & Johnson India spokesperson was quoted as saying earlier this month.

What's different about the ZyCoV-D vaccine?

The latest addition to India’s basket of vaccines is the ZyCoV-D vaccine which is also the world's first DNA vaccine against the contagion.

ZyCoV-D uses plasmids - or small rings of DNA that contain genetic information - to deliver the jab between two layers of the skin. Hence just like other vaccines, a DNA vaccine, once administered, teaches the body's immune system to fight the real virus.

Administered with a disposable needle-free injector, which uses a narrow stream of the fluid to penetrate the skin and deliver the jab to the proper tissue, ZyCov-D is also India's first needle-free COVID-19 jab.

ZyCoV-D, which received Emergency Use Authorisation (EUA) from the DCGI, was found to have a primary efficacy of 66.6 percent for symptomatic RT-PCR positive cases, according to interim results from its phase 3 clinical trials.

The key third phase of clinical trials were conducted at the peak of the deadly second wave of the virus. This according to the vaccine maker reaffirms the jab's efficacy against the mutant strains, especially the highly infectious Delta variant.

A three-dose vaccine, its second and third shots will be administered on the 28th and 56th days respectively.

Meanwhile, Zydus is yet to take a call on the pricing of its vaccine and it could be another two weeks before that decision is made, Zydus Group managing director, Dr Sharvil Patel said on August 21. For the government, the question of procurement is intricately linked to pricing. Future of the new vaccines

With the early warning from experts suggesting that the third wave of COVID-19 is likely to hit India in the months of October and November, the government's plan is to vaccinate the entire adult population all those aged 18 or more, of the country by the year-end in a bid to minimise the effect.

If the new vaccines will help prevent the speculated third wave depends highly on the intensity of it, says Dr Srivastava.

“The role of the vaccine can't be overemphasised. The people who are vaccinated are likely to have a much lesser impact of the infection even if they get it a second, maybe even a third time in some cases. However, that doesn’t negate the role of a vaccine. Taking the vaccine is our best bet to prevent the virus and minimize its effect."

To meet its goal of vaccinating the entire population before the end of this year, India will have to administer an average of 92 lakh doses per day, claims a survey conducted by LocalCircles.

While manufacturers of currently in-use vaccines like Covishield and Covaxin have announced major increases in production at multiple locations, the scope for closing the gap in supply of vaccines cannot be fully limited to the existing ones.

Availability of new vaccines will also give us the option of combining them, notes Dr Srivastava.

A recent study by the Indian Council of Medical Research (ICMR) has found that mixing of vaccine doses gives better results than two doses of the same vaccine.

“Even in the case of a flu vaccine, what a patient is given is itself called the Quadri flu which is a combination of several strains. It’s likely that coronavirus disease will also be heading in that direction where different vaccine routes, whether it is messenger RNA, or it is adenovirus mounted or a combination of both is probably going to become the norm.”

However, the medical expert observed that while the idea of mixing vaccine doses sounds like a great one in theory, it’s too early to make any claims.

“We will need to have more evidence with patients who have taken mixed vaccines and what their immune systems are going to be over the next six to months’ time. It is too early to say,” he concludes.