172@29@17@137!~!172@29@0@53!~!|news|business|economy|consolidationpsb-space-key-for-strong-growth-experts-1382511.html!~!news|moneycontrol|com!~!|controller|infinite_scroll_article.php!~!is_mobile=false
Watch experts decode 'The rise of ESG investing' on October 29 at 4pm. Register Now!
you are here: HomeNewsBusinessEconomy

A bank union has suggested to Prime Minister Narendra Modi that banking sector reforms should focus on the objectives of bank nationalisation and initiate stringent measures for recovery of bad loans.

D Mittal, former secretary, Financial Services and AK Purwar, former chairman, SBI in an itnerview to CNBC-TV18 spoke about the various issues that are likely to be discussed that are put forth by the banking community to the Prime Minister and Finance Minister on January 2-3 at the 'Gyan Sangam'

A bank union has suggested to Prime Minister Narendra Modi that banking sector reforms should focus on the objectives of bank nationalisation and initiate stringent measures for recovery of bad loans,

Hordes of other issues are likely to be discussed including that of rising bad loans. According to Mittal asset quality problems arise due to bad lending and for improvement of asset quality there is need to sort out regulatory imperfections.

According to Purwar, banking sector is the base of the economy and if the government is looking at higher growth rates to the tune of 8-9 percent then the sector needs a strong support. He thinks consolidation of the public sector banks would be the key to achieve that. Mittal too agrees with him and thinks consolidation can be possible through a holding company. However, the consolidation process is time consuming and ould take three-five years but it is necessary, he adds.

Purwar says there is a need for at least 3-4 organisations of the size of SBI to support high economic growth.

According to Mittal other issues like tenure of bank chiefs and selection of talent are amongst are some issues that could be looked at.

Below is the transcript of DK Mittal and AK Purwar’s interview with Latha Venkatesh and Sonia Shenoy on CNBC-TV18.

Latha: Since you have been actively involved very recently in reforming the public sector bank space what is the low hanging fruit?

Mittal: Low hanging fruit would be on the management side of these banks. One is the tenure of the Chairman’s and ED’s, secondly the selection criteria for the Chairman’s and ED’s, thirdly induction of better talent in public sector banks at certain stage maybe at the level of General Manager or ED’s and lastly would be the remuneration package to these chiefs. I think these are the four issues in the management side which can be taken care of and they would have a multiplier impact on the performance of these banks.

Sonia: What about you, what would your view be on what the expectations are this time around?

As far as your talk of low hanging fruits is concerned, let me go back again to the economic situation, today there is a lot of stress on the banking side as far as the asset quality is concerned.

Lot of sectors are there where the asset quality has become a huge issue; road sector, power sector, mining sector and so on so forth and mid corporate sector there is a huge amount of sickness. Therefore, there has to be a conscious policy that whatever assets we have invested in, can we work out a mechanism to quickly recycle these assets back to the system? I think that is one very low hanging fruit on which a lot of work is required.

Sonia: What is this mechanism, what do you think the solution could be?

Purwar: Restructure it. I have always believed that if the entrepreneur is a person of integrity therefore even in this situation he is required to be supported to get back. In the mid corporate sector there is huge amount of expertise which has been created in last 50 years. Can you allow all that expertise to go? Certainly not, and so restructuring, rehabilitation packages need to be worked out quickly for these companies to get them back on track.

Latha: What is your thought on consolidation, can that be done quickly at all?

Mittal: Consolidation is a process which is time consuming. Even if we decide today, it will take a few years because the consolidation means the consolidation processes, technology and also reorganisation of the frontline branches apart from the HR issues. Everybody is in agreement that consolidation will have to happen; now the question would be how do we take steps? One of the steps is by creating a holding company which is one of the least controversial issues, then putting banks together.

Sometime back the financial services department had created certain groups – the idea was that they have the interoperation of the man power between the banks and they also bring their processes together and at a very right stage. Then you can look at the merger of these banks.

So, if we have a thought out plan it is possible to do it over three to five years time. However, creating a holding company is the first thing which needs to be done to move in that direction.

Purwar: It is definitely possible but there has to be will to do so. If you have a will to bring in good quality people in the system and ask them to manage banks, give them as near to the market related salary as possible then definitely lateral talent can be inducted into the banks.

Latha: Won’t there be a union or resistance from within?

Purwar: You have to manage the resistance. There would definitely be some kind of issues but then those issues if the government is firm, if the management is firm this resistance can definitely be managed. Secondly, in the public sector system there is a track record of recruiting people laterally in different positions. So, I don’t think that there will be a very massive resistance to this issue. Resistance is required to be managed.

Sonia: I wanted your view on how this NPA issue can be solved. Apart from say a process like restructuring what are the other methods that can be undertaken to reduce the stress in asset quality and how long do you think it could take?

Mittal: The asset quality problems have arisen because of a) regulatory imperfection, b) because of overall infrastructure not being appropriate and c) due to bad lending. All the three factors together have created havoc with the public sector banks. We don’t find similar situation say in a private sector banks and most of the top private sector banks are not facing that kind of a heat from NPAs.

Now, if we don’t address the issue of regulatory imperfection this issue will continue. What kind of lending needs to be done - whether you can lend to project with 10 percent land for a road project? It can happen only in India. You can lend to a power project without everything being there, the coal linkage, fuel linkage; that can happen only in India. So, these kind of things have happened over last 10 years and so to say the regulatory oversight is unfortunate.

The second part is if power is not available what do you expect SMEs to do? They are naturally going to be sick; there is no way they can be saved.

The third part is if the competence levels in the bank is not there and the top management is only for year or two, they would have no will and wish to take up certain collective actions which would yield better results during their tenure. If they have a five-year tenure then they will be more concerned in what happens in the third, fourth or fifth year? Buy if they are there for one or two years, they are only concerned about what happens today not about what happens three years down the line. So, I think we have to look at all the three issues. However, there is no quick fix available.

Let me say one thing globally, the problem of NPA is dealt by providing in the balance sheet of the bank; impairment in the asset quality. In India we do not have that structure. We still say first year provide certain percentage and second year provide this much percentage. So, we are dragging on the asset without finding a solution to it. Globally, they say this is the solution, this is the impairment I provide fully in the balance sheet and the asset starts working for it. So, I think we have to look at the challenges.

The last issue is - we don't have mechanism available to borrow for 25 years for a project whose life is 30 years. How can I borrow for 12-15 years and pay for it so you have a best report being prepared and presented to the bank. The payments will be made in 12 years; everybody knows fully well that the asset will not be able to pay because the moment you have a problem with the economy then you are out. 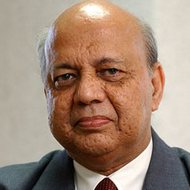 Latha: What do you expect to hear on Saturday?

Purwar: I do expect a lot of work to happen. I welcome this kind of initiative; this is happening after a very long time where the top of the country is addressing the issue. So, it gives an opportunity to both - the top can say what they want to say, what they expect the system to do and the banking system to say what they want.

Purwar: I would not like to engage into a guessing game but I definitely expect something to happen on the asset quality side.

Mittal: The asset quality is basically regulatory issue; government has least role in that. I think this is a very good thing which Prime Minister is taking, understanding what the problems are. My feeling would be, they should be able to adjust the equity issue, the capital issue of these banks through creating a holding company and secondly there are a lot HR issues which are in the domain of the government, if they can do that I think the banking sector particularly the public sector banking sector will do well.

Let me say that this sector is still the base of the economy and this sector needs to be supported heavily.