172@29@17@101!~!172@29@0@53!~!|news|business|earnings|tata-steels-se-asia-biz-to-stay-under-pressure-edelweiss-1563473.html!~!news|moneycontrol|com!~!|controller|infinite_scroll_article.php!~!is_mobile=false
Subscribe to PRO at just Rs.33 per month. Use code SUPERPRO
you are here: HomeNewsBusinessEarnings

Tata Steel has reported a 36.8 percent jump in consolidated net profit at Rs 1,254 crore for the July-September quarter led by income from land sale in Mumbai.

Tata Steel's second quarter disappointed the street with a weak showing in the South East Asian region, which dragged the revenues lower. Profits though did get a leg-up due to sale of land.

Discussing the results, Prasad Baji of Edelweiss Financial Services, said Tata Steel’s SE Asian business will remain under pressure in the near term because the Chinese exports are rising and as of now there is no sign of change. He said the Indian operations have been under pressure due to closure of ferro-chrome mines.

Latha: What did you make of the Tata Steel numbers, is this a passing discomfort, the poor sale in Asia or is it going to haunt the future quarters as well?

A: South East Asia will remain in the near term under pressure because the Chinese exports are rising and as of now there is no sign that there is a change. However all the various governments and countries have noticed the steel players are lobbying for various quantitative and qualitative restrictions. So over time there could be an ebbing of the Chinese imports but for the next quarter or so we will see some pressure in South East Asia of the Chinese imports.

Anuj: In terms of stock reaction do you think the market is going to give it benefit of doubt and we wont see too much of pressure or would you expect some kind of derating?

A: South East Asia finally is the smallest part of the business. So in that sense the impact is not that much. On the overall stock, there could be slightly negative reaction considering that not only this but in India the ferro alloys business is under pressure and in the mining side also the renewal is going to take some time. But if you look at six months to one year perspective, I think there will be restoration fully of the captive mining of the company including the chrome ore mine. So from that perspective I don’t see structural concern in India, it is just a matter of time before the mining issues get sorted out.

In Europe things look stable, the EBITDA per tonne in the previous quarter was around USD 52, this quarter USD 46 per tonne. So they are doing fairly okay. It is not a big jump but it is at least stable which was a concern last year that Europe will completely drag them down, that has gone away. So in that sense I won’t be structurally concerned, it is just a short-term issue. 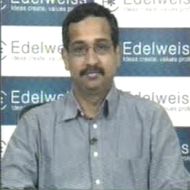 Latha: Yet you have cut the price target?

A: Yes naturally in South East Asia we have to take cognizance of the very low numbers. In the ferro alloy business also the chrome ore mine will take some more time to restart as such so that will cause some cut in numbers. But nevertheless it still looks an upside, we have a target price of Rs 622 even at the lower numbers as such. I would say the main play remains the India business where we will see steadily rising volumes and with the restoration of mining as well as other things such as increasing product mix and we expect next year Indian steel demand to also pick up. All that will lead to EBITDA per tonne of around 16200 which this year will be around 14000. So there will be better numbers in India.

Latha: Anything positive you expect on the metal space or power space?

A: On the coal blocks clearly what I see is one, by the ordinance they are trying to restore the situation to the pre cancellation stage as much as possible. They cannot just give back the mines obviously so they are going to do the bidding very quickly possibly in December, January itself.

Second, compensation is being given which earlier there were some doubts and thirdly the arrangements are permitted between successful bidders. So there is a lot being tried to do to mitigate the situation.

As far as commercial mining is concerned definitely the ordinance provides for it but what they have tried to do is in an ordinance you try to cover as much ground as possible so they have covered that ground but actual opening up will take more time because there are other issues to be resolved. Long-term I would see commercial mining in India as well.