Apar Industries expects its revenue to grow 10-12 percent in FY16, if commodity prices are stable at current levels.

In an interview to CNBC-TV18, Kushal Desai, MD & CEO of Apar Industries says the estimate is based on a flat growth in conductor, 10 percent rise in specialty oil and 10-12 percent growth in cable segments.

The company has recovered margins in specialized oil business but with the weakness in crude prices, the growth in this sector will be “much conducive”, said Desai. 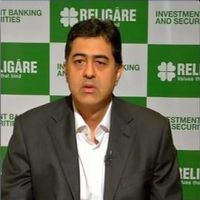 Total sale sectorally was at 22 percent for conductors, 2 percent for oil and 51 percent in
Cables for FY15, he added

Below is the edited transcript of Kushal Desai's interview with Reema Tendulkar & Mangalam Maloo on CNBC-TV18.

Mangalam: The revenue growth this quarter for Apar Industries has been 1.5 percent and that also on the back of lower crude oil prices and some pricing pressure in your conductor business. Can you break down that revenue growth in terms of volume and prices for us?

A: Our conductor business has grown by over 22 percent in the quarter, primarily given the higher volume sales. The oil business has higher shipments in terms of volumes.

It was about 2 percent higher than the same period previous quarter but given the fact that crude prices and derivatives which is base oil etc, failed, there was a bit of an impact in terms of the actual volume.

Our cable business is also up compared to the previous year. So given the sum total we were still able to come up with a positive number in terms of total growth.

However, for the whole year sales are up by about 11 percent in spite of the crude prices having fall.

Mangalam: Could you give us a number for the volume growth?

Reema: You have clocked in about 10.5 percent revenue growth for FY15. For FY16 what is the estimated revenue target?

A: Depending on where the commodity prices land up we are looking a flat volume growth on our conductors by strategy, given the fact that we are looking at extracting better margins in a situation this year where we expect more tenders to be coming out.

Since it is a basket of multiple products, it is difficult to put it in terms of single set of kilometers. It is easier to talk in terms of revenue, so about 10-12 percent on the revenue front is what we are expecting.

Mangalam: A word on your margins because your annual margins have been coming off from 6.5 to 5 percent and in the last quarter that is quarter four, it has been even further subdued to 3.3 percent. Could you explain the reason for that and going forward how would you plan to increase those margins and what are your targets for FY16 for the EBITDA margin?

A: If you look at our specialty oils business, we had a hangover of the inventory situation given the sharp correction that has happened in crude prices which affected January and February.

So we have come back to better margin level from the month of March onwards. In the case of cable business we have substantially improved margins given the product mix that has changed as we have executed through the year with much higher percentage coming from higher value added product which is optical fiber and flexible cable.

In the case of conductors, the domestic market last year was very subdued but we have seen a flurry of tenders taking place towards the end of last quarter and this quarter and given the fact that power Grid and some of the big state utilities had spent much lower sum of money on conductors in the last two years.

There seems to be a good pent-up demand as is evidence from the tenders which are coming up. That is the reason why we want to focus on extracting a better price and margins on the conductor side, whereas in the case of oil and cables just the growth and the business environment will be much more conducive this year than last year.

So this 3.3 should be targeted to get between 6 and 7 percent in this year and FY17 being maybe 2-3 percentage points higher.

Reema: To get some more colour on conductor business and the higher margins that you expect, your EBIT margins in the conductor business was at 2.1 percent in the quarter gone by? How much would that go up by in FY16 based on the evidence that you have seen?

A: It is easier to talk about EBITDA per metric tonne given the fact that these prices fluctuate. So in Q4 it came in at Rs 1,100 per tonne. We expect it to be closer to Rs 7,000 a tonne on an average for FY16.

Reema: That is a significant jump in the orders that you won so far and the tendering that you have seen in the first two months, have you been winning that 700 meters per tonne?

So we are seeing pricing levels starting to correct and move back upwards primarily from the fact that there is an increased demand and order books of industry players are generally in a better shape than they were one year ago.