172@29@17@247!~!172@29@0@53!~!|news|business|earnings|see-strong-volume-growth-for-maruti-going-ahead-lkp-securities-933290.html!~!news|moneycontrol|com!~!|controller|infinite_scroll_article.php!~!is_mobile=false
Subscribe to PRO at just Rs.33 per month. Use code SUPERPRO
you are here: HomeNewsBusinessEarnings

Reacting to the results Ashwin Patil of LKP Securities said that these are fantastic set of numbers and he sees strong volume growth going forward.

Reacting to the results Ashwin Patil of LKP Securities said that these are fantastic set of numbers and he sees strong volume growth going forward.

In the same interview on CNBC-TV18, Pranoy Kurian of IDBI Capital said that the revenue number includes the excise figure as well which is why the margin are looking a little low, however on the EBITDA front a figure of more than Rs 3000 crore is a big beat on all levels.

Sonia: Good numbers coming in, no big surprise as far as margins are concerned maybe because of the way the yen has hit the numbers this time but what would your view be on the earnings going ahead?

Patil: I think it is a fantastic set of numbers that we have seen from Maruti Suzuki this time around with sales performance close to about 18 percent higher on a year-on-year (YoY) basis. EBITDA margins coming at 15 percent which was quite expected but still despite the yen strength that we had seen in this quarter, the company has performed very well.

We have seen that the realisations also were quite flattish on a sequential basis. However, still, due to the sheer strength of the volumes, the operating leverage that the company has got with high margin Vitara Brezza that they had launched couple of quarters back, yielding them a lot of strength.

Also, within the other segments like Alto and Wagnor, the company has not performed that badly in this quarter. So, overall, the sales trigger that we are seeing in this quarter, I think going forward also in Q3 as we will be seeing the festive season as well as the seventh pay commission coming out, the disbursements have already started, we will be seeing a good strong trend of strong volumes coming up over at least one or two years going ahead. So, the company will be setting up new highs and new records will be setup and this company surely is a candidate of re-rating.

Sonia: Happy with this numbers?

Diwan: Absolutely, this was definitely on the cards given the kind of robust sales numbers we were seeing month on month, but I will be definitely very happy to see the average realisations go up from that 445,000 to whatever new numbers they come up with, because as you said it is not just the Brezza and the Baleno, Ciaz has made a comeback for them this quarter and that is a Rs 10 lakh plus kind of a piece so that really adds up.

Secondly, the Nexa showroom expenses also have started tapering off in terms of new incremental expenditure on the showroom expansion is not going to be as severe as what we had last year, so that also kind of gives them much more cash efficiency in terms of this and of course the big trigger now is the Gujarat plant kick starting next year, so people are going to not let this stock go off very soon from their clutches.

Importantly, you have a lot of smaller entry level players like the Kwid and the Datsun Go and the Hyundai of the world which have started facing some rough weather. That segment which was not a focus area will also by accident if not by choice will start contributing much more as we go along. The commentary is going to be extremely positive I am sure and people will want to rerate the stock.

Diwan: I was expecting to be about 4.45 that’s the estimate that we made.

Sonia: Somehow they haven’t really built on realisation this time around?

Diwan: Yes, in spite of a price hike. Just to kind of see it in sync with when I mentioned that if the UV segment is grown and probably and even base effect comes into picture for some of the mid size cars they are not of course - - the Ola and Uber play is still very actively there, so the next big trigger will be when people expect that realisation to move up and my sense is it could probably be belated to the October-December quarter that in a way becomes positive, because in spite of realisation not having inched up too much the numbers look very impressive.

Sonia: Maruti is now reacting, it is up 0.5 percent post its stellar quarter, do you see much higher levels and would you scale up your earnings per share (EPS) based on these earnings because currently the consensus EPS is somewhere around Rs 300 or so, is there an expectation of much higher levels?

Kurian: I think firstly the revenue figures include the excise figures so that is why the margin is looking a lower but I think on the EBITDA front the figure of Rs 3,000 plus is a big beat on all levels. So, I think you have seen margin expansion actually, I will have to check again, but I think margins have expanded quite significantly. That is a major worry because the Japanese yen had appreciated 20 percent this quarter year-on-year (YoY) so that is expected to impact loyalty cost and as well as raw material cost.

So, this is actually a very strong quarter especially on the bottomline. Going forward absolutely I think if the margins can move beyond 16 percent, then that is a key figure and going forward that would lead to a higher multiple perhaps.

Sonia: I didn’t get your price target and EPS on Maruti now for FY18.

Kurian: We will have to review it but earlier it was around Rs 5,000. So, now we will probably review it based on the past two quarters. However, going forward, we would continue to prefer passenger vehicles over two wheelers as the penetration levels are still extremely low around 2.5 percent for India and with Maruti’s deep competitive edges as well as the near-term drivers such as shifted to diesel, action on GST, all these things are benefitting the market leaders the most and we believe that is why it probably deserves trader premium compared to other two wheeler players or commercial vehicles. 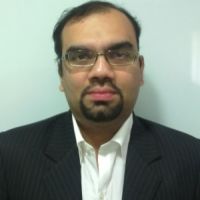