No plan for EGM; SEBI has asked Mallya to step down: UBL

SEBI has passed an order asking Vijay Mallya to not be on the board till the order is stayed, said Shekhar Ramamurthy, MD of United Breweries.


SEBI has passed an order asking Vijay Mallya to step down from the company's board until further notice, said Shekhar Ramamurthy, MD of United Breweries. However, he clarified there is no change in the board’s composition so far.

Speaking to CNBC-TV18 Ramamurthy laid rumours to rest saying the company has not called for an extraordinary general meeting (EGM) and the annual general meeting (AGM) is slated to take place in September-October period.

Earlier in the day there were talks that Heineken is looking to takeover complete management control of United Breweries (UB) and UB has gone ahead and called an EGM to evict the Chairman Vijay Mallya.

The company came out with a weak set of numbers for the quarter ended December 2016 after getting hit by demonetisation effects and a surge in raw material costs.

Below is the verbatim transcript of Shekhar Ramamurthy's interview to Latha Venkatesh & Sonia Shenoy.

Sonia: What the situation is as far as Heineken is concerned because the talk now is that Heineken is looking to takeover complete management control of United Breweries and United Breweries has gone ahead and called for an extraordinary general meeting (EGM) to evict the chairman Vijay Mallya. How much truth is there to this?

A: There is no truth to that. The facts of the case are as follows: Sebi has passed an order which has asked for Dr. Mallya to not be on the board of any listed company or be a key management person on any listed company. So the company has taken legal opinion about that order and our board has considered the legal opinion and the board has requested Dr. Mallya to not be on the board till he gets a stay or this order gets vacated.

As far as what Heineken does; you will have to ask Heineken. And no, we have not called for an EGM. So, we will have to wait and see. Dr. Mallya has his legal rights to appeal the order but as far as the board of UBL is concerned, based on the Sebi order and based on the legal opinions that we have received. They have requested Dr. Mallya to be not on the board till this order is stayed or vacated.

Latha: If that indeed were the case that Mr. Mallya is not on the board because of the Sebi order for now. Does that give Heineken more voice in the board and therefore effectively the one that call the tune?

A: Nothing changes right now. There is a shareholder agreement between Mr. Mallya and Heineken that stays. There is no change in the board composition. I cannot speculate about the future. We will have to wait and watch how this proceeds. However, the facts of the case are as I have explained earlier.

Sonia: Can you give us a date for when is the next EGM, if that is happening?

A: We haven't called for an EGM. The annual general meeting (AGM), in the normal course will happen sometime in September or October.

Sonia: Coming to the numbers. We have seen quite a bit of disappointment in this quarter. Your margins have shrunk quite a bit. Is this something that we should expect for the next couple of quarters as well or do you see things improving?

A: A couple of things have happened. Things were improving, the market was picking up. However, demonetisation has had an impact on our business too, there was no cash in the system, consumers didn't have money to buy and that took a little time to ease out as it did for every other business in this country. So by the beginning of January we started seeing that the effect of demonetisation has gone away but because of that the Q3, which is October-December quarter saw 8 percent decline in the industry volumes. So whilst the shares are strong, we are still growing ahead of the market but a decline is a decline.

To compound this demonetisation impact, which has now eased, is the Supreme Court order which has come out saying that all shops and bars within 500 meter distance of all state and national highways have to close with effect from April 1. In a country like ours every road and every city is a state highway. So you will have a situation where, Western Express highway in Mumbai is a highway, so all hotels, all shops within 500 meters will not be able to sell or serve any alcohol. However, there is a revenue petition in the Supreme Court which has been moved by state wine and retail association of some states as well as some state governments. This review petition is to be heard in about ten day's time. 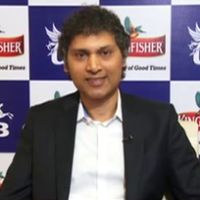 Sonia: Will it affect organised players like you because the feedback that we got is that the liquor that is sold on highway is generally coming from the unorganised players and it won't impact the direct distribution channels that you guys sell into?

A: It does impact. The total number of licensed outlets in this country is about 80,000-90,000 across India which can sell or serve alcohol of any kind. We have done account and if you were to strictly go by the letter of the law, about 40-50 percent of all outlets will have to shut or shift and that impacts everybody. As I mentioned that you will find half the roads in Mumbai, Delhi and Bangalore are highways and if you go by the way the states have designated them, many of the roads in most of our cities are highways. So now if that is so, we are a crowded country, there isn't much space, so whilst in the outskirts people may have the chance to shift to a 500 meter distance then in most cities which are very congested, very crowded, outlets will have a challenge to shift. Therefore, what is happening in the short-term, in Q4 that these outlets are not buying because they do not know whether they will be there or no.

Latha: If in ten days if the review is heard, you don't get a stay then there is a longish trouble, is it?

A: I would think so because Q1 for beer industry is the peak season and if in peak season 40 percent of the outlets have to shut or shift, it will have an impact. Yes, in the medium to long-term things will adjust. People will shift, existing outlets who have stayed on will sell more, throughput will increase through them but in the next three-six months there will be a severe impact. So what happens to our industry is that - first, we had demonetisation, now we have outlet ban. So it has been very challenging six months for the industry.