Low earnings for Lupin to continue for next 2 qtrs: IIFL

Bhavesh Gandhi of IIFL said that lower earnings result are likely to continue on a sequential basis for the next 2 quarters.

Reacting to the results Bhavesh Gandhi of IIFL said that the numbers are disappointing and the net profit, revenue results are much below estimates.

He said that lower earnings result are likely to continue on a sequential basis for the next 2 quarters. 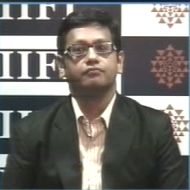 Mayuresh Joshi of Angel Broking said that pricing pressure are likely the culprits for these below than estimate numbers.

Below is the transcript of Bhavesh Gandhi and Mayuresh Joshi's interview to CNBC-TV18's Ekta Batra and Prashant Nair.

Ekta: What is your reading of the numbers that Lupin has reported this time? I sit disappointing as compared to what you were working with?

Gandhi: It is very much disappointing on the face of it. We had expected 27.5 percent operating profit margins and about Rs 770 crore odd of profit number for the quarter. So, from the looks of it profit number is much below our estimates and so is the topline. So, I think it is a miss on all the three fronts.

Ekta: The stock is still managing to hold up around a percent and a half. What is your sense in terms of how the prospects of Lupin going forward are looking? Now that the Goa plant 483 also stand resolved, there could be more approvals that they could see from the US pipeline, plus they have a stronger pipeline with Renagel and Renvela generic in the pipeline and Welchol generic also, do you think that the street is just going to look past these numbers and maybe that is why the stock is holding up?

Gandhi: If you look at the previous two quarter numbers, Q4 was clearly a high point for them and Q1 was also a strong quarter. So, coming from those two quarters, I think clearly we are likely to see lower earnings on a sequential basis for the next two quarters or so.

Ekta: What’s your sense in terms of Lupin’s numbers that they have reported and as well as the margins which have come in significantly below estimates?

Joshi: The numbers look below estimates at least from our perspective, both on the top line as well as the bottom line. It’s been a miss. Again I think pricing pressures would be the culprit in my opinion specifically with key drugs like Glumetza and Fortamet that is one aspect, which might have led to the top line miss. What really happen with the margin, I think one really needs to understand because again if the pricing pressures have trickled down over there along with what has happened with expectations of recovery in Gavis’ revenues taking a lot more time.

Largely, I think numbers have been a miss our expectations. I think management commentary and all this aspects will be key thing.

Ekta: I wanted your thoughts in terms of the recovery that we have seen in lot of these pharma stocks, a lot of it because of fears that now pricing pressure or incremental moves on pricing pressure won’t be as much with Trump in power. Do you think that is enough to create a bottom for a couple of these stocks even though there is earnings disappointment?

Joshi: Again, at the moment largely as you rightly pointed out is because of Trump coming through, but again I think the expectations are largely built in at least the better part of this fiscal. The margin profile which still look very soft and tepid, both in terms of pricing pressures that you are witnessing in the US markets as well as delaying a few key launches along with the remediation issues have taken especially in terms of profitability of pharma company.

Largely, I think the expectations are that Q3 and Q4 are expected to be soft as well and the elevated R&D expenditure is not going to help their bottom line as well. So, largely again I think FY17 expected to be muted, but FY18 with the strong pipeline that they have got, my own sense is that the earnings recovery will be far more in FY18 compare to FY17.