In an interview with CNBC-TV18, Mistry outlined what the typical loan for the company looked like. "Our average ticket size is about Rs 25 lakh and our loan-to-value ratio is typically at 60 percent. So the average price of the house we finance is around Rs 38 lakh -- something you won't find in large cities," he said.

The HDFC chief was talking in the backdrop of the company's robust fourth-quarter numbers, in which its net profit grew 40 percent year-on-year.

He also said he expects margin to dip slightly going forward as falling interest rates and higher leverage weigh, but said the latter would result in increasing return on equity. 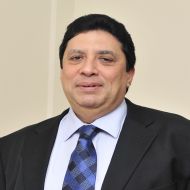 Below is the verbatim transcript of Keki Mistry's interview with Ritu Singh on CNBC-TV18.

Q: Why the credit growth has slowed down?

A: Can’t give you a band on the overall loan book growth because I don’t know how many loans we will sell next year. The reason being that the kind of loans we do a lot of those loans qualifies as priority sector lending. Now if a bank has run short of meeting its priority sector lending target then we would be able to sell loans to that bank at a descent spread. So, without providing capital, without taking any risk we get a actually a very decent spread.

So, if there is a demand for priority sector loans we would like to sell more loans. So, I can’t give you the on balance sheet growth number, but if you look at the off balance sheet growth which is you add back the loans sold in the last 12 months we have always said 15-18 percent is a band number. We think it is, I won’t say certain but it is very likely to happen we don’t believe there is any reason to change that outlook.

Q: What are the cities that are seeing more credit demand in terms of housing and also the non individual side which are the areas of growth that you have seen and also for the coming year?

A: This quarter we have seen more growth in the construction finance business, I am talking of the quarter and we have seen more growth in the lease rental discounting product. So, lease rental discounting a little higher and construction finance is a little higher. Individuals the growth is coming believe me Pan India but it is not coming from the centre of the big cities. It is more in the outskirts of big cities.

Our average loan amount on all India bases is Rs 25 lakhs for new loan we have done this year. Our average loan to value ratio at origination is 65 percent, so we are looking at a property value which is about Rs 35-38 lakh. Now when in the centre of any big city in India be it Delhi, Bangalore or wherever you will never get a property with that price. So, our lending is more in the outskirts of big cities than in the heart of big cities and there it almost Pan India. A little slow in some area, little high in some area but generally it is there everywhere.

Q: Your spreads and margins have been fairly stable at about 2.9-4 percent. Is there room for further expansion from here as we go into the New Year?

A: Margin expansion can only happen in two ways or in three ways. One way it can happen is if we raise equity, so any bank which goes and raise equities margins suddenly shoot up because you get a lot of zero cost money. There is no cost and you are earning income on that money. We have no plans to raise equity.

Second reason margins go up is when interest rates go higher. So, when we look at our balance sheet today we have about Rs 34,000 crore shareholders funds, plus we have another 4,000-5,000 crore of differed tax liability where they will never be a tax requirement but for regulatory reasons we have to provide for it. So, there is a differed tax liability, there is this provisioning so all of that is money where there is no cost.

Q: From here it seems, where the interest rates tending downwards and you have no plans to raise equity margins would stay in the same range?

Q: On your Standard Life IPO for which you have recent got the board approvals what is the next step, you said you are looking at an IPO in this fiscal itself? What are the regulatory approvals that you have to put in place before that and any clearer idea of a timeline when you are looking to do the IPO?

A: Now that we have finished the board meeting we will go through the process of appointing the bankers and appointing the lawyers and starting the offer document. So lot of preparatory work on the offer document has already been done by the Life Insurance Company by the people. My sense is that once the offer document is fully ready and is vetted by the lawyers we will then give it to the insurance regulator Insurance Regulatory and Development Authority (IRDA) and if we can we will simultaneously file with Securities And Exchange Board Of India (SEBI). Then it depend how long the approval process takes.