Naveen Kulkarni, Co-Head of Research at PhillipCapital, said that weak numbers were expected from ITC this quarter.

ITC posted a net profit of Rs 2361 crore in the fourth quarter in comparison to Rs 2278 crore in the same quarter last year. Income of the company stood at Rs 9293 crore against Rs 9,238.5 crore last year.

Gaurang Shah, VP of Geojit BNP Paribas Financial Services said that the numbers indicate difficult times ahead for ITC especially in coming quarters. Fast moving consumer goods business was much better, but the company will have to work upon their current strategies, he added.

Weak numbers were not surprising in Q4, said Naveen Kulkarni, Co-Head of Research at PhillipCapital.

Below is the verbatim transcript of Gaurang Shah and Naveen Kulkarni’s interview with CNBC-TV18.

Q: Your first take on these numbers; clearly it is a top-down miss on ITC. The cigarettes division is leading the bulk of this poor performance that we are seeing. What is your first read as far as the results are concerned?

Shah: One of the days when traditionally you used to see any kind hike getting passed on to the consumers and margins being maintained, it is quite obvious from the numbers that somewhere difficult times lie ahead for ITC. Especially for the coming quarters given the kind of de-growth that you are seeing on the down-take of the volumes.

More prudently it is going be important to listen in to the strategy that the management has done and will be doing in terms of where they want to concentrate and make good of the kind of downside take that they have seen on the cigarette business. Fast-moving consumer goods (FMCG) business, however, what numbers I could see was definitely delivered much better than what we were expecting.

And their investment in the new business vertical should definitely augur well but that may take time. But clearly banking on cigarette business is definitely a thing of the past now; they would definitely need to read up on their strategies that they have now.

Q: If I were to get your initial reaction, how are you reacting? It has come in way below the CNBC-TV18 poll, the ITC numbers coming in as a disappointment?

Q: The first it seems is in line with your expectations but it is a 3.2 percent revenue growth in the cigarettes divisions. What ball park would this translate into volume decline of cigarette margins, which were at 69.7 percent in Q3 at a record high for ITC, having also come off quite a bit sequentially? Now they stand at roughly about 64.3 odd percent. How would you read the volume decline number for ITC this quarter?

Kulkarni: Last quarter, which is Q3 FY15, the volume decline was in the range of around 12-14 percent. This quarter the volume decline might still be in that double digit range. It should be around 10 percent decline because now the company does not give the gross revenue numbers. It is not very easy to calculate the net cigarettes revenue. 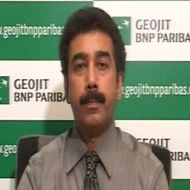