The company's operating margins disappointed due to its aluminum business.

Tarang Bhanushali, AVP-Research, IIFL says Hindalco’s Q4 numbers are below the brokerage house’s estimates and has a reduce rating with a target price of Rs 125 on the stock.

Sonia: How would you read into these margins at 9 percent and what would your overall view be on the performance this quarter?

A: The numbers are marginally below our estimate. This is again largely because the outperformance in corporate division was offset by poor performance in aluminum. However, overall it is marginally lower. 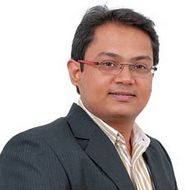 Overall the numbers are pretty much inline if we look at on the cost on the margin front. We have a reduced rating on the stock right now and we would maintain it post the results.

Nigel: What about the power and fuel cost? I am just looking at that number, that seems to have ballooned up, it has come at around Rs 1,400 crore; that is close to around 50 percent jump over there. Coal availability definitely a problem so that aluminum smelter stabilising and all that if there is no coal looks like there is more pain in store?

A: I think this is largely because of the jump in production for the company. If you look at on a quarter-on-quarter (QoQ) basis then this jump is not that much. The power cost is at 52 percent of overall revenues so not a big jump if you consider the jump in aluminum revenues.

Anuj: What is the call on the stock now because it has corrected quite a bit already.

A: We have a reduce rating. We have a target price of Rs 125. We believe near-term earnings would remain under pressure largely because of higher coal prices for the company. If you look at the Novelis numbers reported this quarter, they were also lower than what we were expecting.

So, this year we believe there would be margins under pressure because of higher interest cost and appreciation from the new capacities. FY17 we expect some correction but if you look on a valuation basis, then at 6.8 basis it is trading higher than its peers. So, we have a reduce rating on the stock.

FY17 we expect some correction. However, if you look on valuation basis then at 6.8 basis it is trading higher than its peers. So, we have a reduce rating on the stock.