Anuj: I am looking at your numbers of Q4, profit of Rs 7 crore versus Rs 11 crore and your income down 34 percent at Rs 227 crore. What went wrong in Q4 and what is the outlook for the next year?

A: We are into engineering, procurement and construction (EPC) business where a lot of these businesses go on the project related business. So every quarter is a seasonal quarter. We had good quarter, the December one and March is generally a slowdown. We will see positive quarters coming forward. 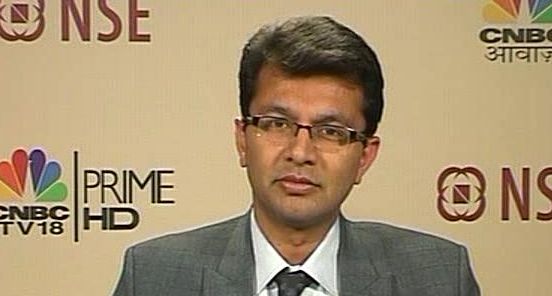 Anuj: Even for the full year your net profit is flat?

Ekta: You had guided for 25 percent growth in FY15 as a whole?

Ekta: And you have come in at a growth of around 13 percent. So you missed that guidance by a huge margin. What would your guidance be in FY16?

Ekta: What kind of growth are you envisaging for FY16?

A: We are looking at 20-25 percent growth compound annual growth rate (CAGR) annually to come in for couple of years.

Anuj: How much of your revenues are dollar denominated and how much rupee denominated?

A: Roughly about 50-60 percent of our revenue comes dollar denominated.

Anuj: In that case what is the outlook in terms of order book and the new orders that you might get in this financial year?

A: Roughly as of now we have about Rs 450 crore of orders in hand which we will be completing within this financial year and we have tendered for about 1,400 crore of jobs.

Ekta: Your finance cost for the quarter was up around 50 percent to Rs 12 crore versus Rs 8 crore. It was up around 30 percent odd for the fiscal as well. Can you tell us what the quarterly run rate might be in the coming quarters?

A: We are still working on reducing the cost. However, we will be able to bring down because that will increase margin.

Ekta: How it will be going down?

A: We have worked out certain combinations in terms of hedging cost which was very high, so we have taken some options on that basis. However, Indian currency is now looking stable against dollar.

Anuj: How big is the US market for you and potentially how much bigger can it get?

A: The US market’s current estimate is about USD 30 billion-35 billion. So world’s 30 percent of market is from North America and it is growing at about 5-10 percent CAGR.

Ekta: You got the approval to enter the fire protection business in defence sector. Can you tell us more about it in terms of what the plan is there, where it has reach and when can we see a scale off and what kind of scale off would it be?

A: Currently it is still under testing and approval mode.

Ekta: What is under testing and approval?

A: The product which we are planning to propose for the defence vehicles is under testing as of now. However, once it moves forward the revenue potential will be between USD 400 million and USD 500 million.

Ekta: What is your research and development cost?

A: We are writing it off on the balance sheet, but we are spending about more than a million dollar each year on research and development (R&D) in development of new product which has gained us lot of international approvals into the company itself.