Bajaj Auto 's net profit fell 4.8 percent year-on-year to Rs 861.2 crore as a steep decline in other income took some sheen off the improvement in operational performance.

Below is the verbatim transcript of the interview to CNBC-TV18.

Q: Compared to what the street was expecting on most parameters it is slightly higher but what would your own estimate be; the stock is now spiking up, up about 2 percent?

A: It is better than what I was expecting. My margin assumptions were slightly on the lower side around 19.5 kind of levels. However, they were definitely better than what we were expecting. Even on the consensus side they have beaten. Rupee could be one of the key factors as you rightly mentioned that exports have been pretty strong in this quarter. So, that could be one of the factors that could have driven the margins. 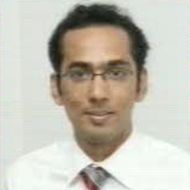 Q: We haven’t seen Bajaj hold on to its margins for a while, close to 22 percent margins is something that they have not reported for a while. What would your view be on the stock per se because the stock has been falling since mid-November purely because of the domestic concerns but now that exports are supporting the company quite a bit, what would you do with Bajaj Auto at this juncture?

A: It is important to see how the exports pan out from hereon because big chunks of the exports are to the Middle East where the falling crude oil prices would have a big impact plus the currency, US strengthening will have some impact on those on those markets in the sense that possibly Bajaj Auto will have to take some price cuts. There is increase in competition with Hero also entering certain markets so in that terms exports also is not something that we are too enthused about and that is the reason we have a accumulate rating on the stock; not an outright buy.

A: Post the call with the management tomorrow we might consider revision in our estimates and we are slightly bearish on the exports now.

Q: What is your target price at this point?

A: Currently we have Rs 2650 target but possibly that would be under revision post the conference call.

Q: By hook or by crook, Bajaj Auto has managed to hold on to its margin profile at 20 percent for the last many years, do you think this margin base will be held on in 2015 as well or given the slowdown we have seen in domestic volumes that 20-21 percent level could be under threat?

A: It could be under threat, rather having tailwinds it has headwinds. How the rupee moves from hereon also is a critical factor. If the way the interest rates have been cut and if we see that some money is pulled out, out of Indian markets on the debt side then we might see rupee weakening and that could possibly support margins. There are multiple factors that are playing out for Bajaj Auto with exports slowing down; rupee depreciating that could even out things for Bajaj Auto. However, they have multiple factors and there are risks also to that 20 percent level now.

Q: You are cautious on the stock because you did mention there are several headwinds but given these numbers you would not change your view, you would still continue to be cautious?

A: Yes, we will continue to be cautious.