Below is the transcript of Piyush Jain and Rashesh Shah's interview with Nigel D'Souza on CNBC-TV18.

Q: Topline a bit of a mess, margins have been maintained but volumes are at around 5.35 million tonnes, fairly disappointed?

Shah: Yes, of course. The cement companies across are reporting very bad set of number because we haven’t seen the volume pick up in this quarter even Ultratech and ACC reported sluggish set of numbers led by slowdown in the demand. The same trend has continued with Ambuja as well. They have also reported a slowdown, disappointing set of volume numbers. However, as far as realisations are concerned, all the companies have been able to improve their realisation that has helped all the companies to maintain the margins. 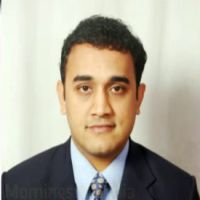 Q: What were the sales volumes you were working with?

Shah: In sales we were expecting a flattish kind of growth this quarter as far as Ambuja is concerned and we are expecting realisation to dip by 3 percent on a year-on-year (Y-o-Y) basis.

Nigel: How do you read the numbers, the topline is a bit of a miss, the sales volumes definitely have been a miss but margins have been maintained and that’s why you could term it as mixed set of numbers. Give us your first take on the numbers?

Jain: The sales volumes are largely following the industry trend and it is purely because of March dip in the volumes. So because of higher increase in prices there was a sharp slowdown in the construction activity in terms of intake of cement and because of that volumes have dipped across the cement sector. We were working with around 5.6 and this is definitely below even our estimate, so slight disappointment on that.

However, EBITDA margin seems to be encouraging because sales are fine but if I look at the EBITDA level, the EBITDA margins are encouraging, so I am not disappointed on that. The volume dip is temporary because April volumes will pick up as prices moderate. If I look ahead on that and look ahead of results – broadly the margins are satisfying. Largely we see that west and east have helped the prices and they are broadly able to hold the margins. Overall the numbers are fine, the only thing is that the volume is disappointing and that is as per the industry trend.

Nigel: Demand has been fairly weak, so you expect that the worst is over now and in fact things will look up from now because margins have been maintained but it is coming at the cost of volumes. How big a worry is that?

Jain: There are two things there. One, the volumes dipped because the prices increased at far higher base than what the natural on the ground demand was. So the prices are slightly moderate which means that the first six months which are usually the strongest months for Ambuja, the volumes are not going to be as strong as – this is going to hold for the entire cement sector that the demand is not picking up at a very high pace at which the expectations were set, which means that the price gains which we had seen in the first three months of this year, they are going to get moderate in the second quarter but demand is going to pick up towards the second of the calendar year. So probably we are not that concerned with demand, it is just that the pick up in demand is taking much more time but pricing level are set to moderate in the second quarter but margins are sustainable. We are happy with the margins.