Bullion prices rally on heightened risk sentiments over US-China political tensions and extension of stimulus measure by Europe and the US amid sluggish recovery.

Base metals and crude oil ended in the green, supported by the fall in the dollar index. Copper remained an exception that ended marginal down on easing of supply concerns. The green back fell by more than 1.5 percent for the week to below 94.50-mark against the major currencies.

Bullion prices stole the show during the week, fetching safe-haven buying on weak global cues. Spot gold prices at Comex rose by 5 percent to $1,902 per ounce to the highest levels in nine years. 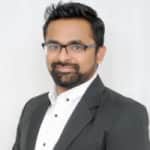 Silver prices outperformed gold, with spot silver at Comex rallying by more than 17 percent to the highest levels since October 2013.

The gold/silver ratio fell to 83.50, indicating stronger outperformance of silver. Bullion prices rallied on heightened risk sentiments over US-China political tensions and extension of stimulus measure by Europe and the US amid sluggish economic recovery.

Gold ETF holdings continues to hit record highs, as holdings at SPDR gold shares rose to 1,228.81 tonnes on July 24. The CFTC data showed that the money managers have increased their net long positions in gold to the 14-week high by 6,800 lots.

The weaker dollar amid negative real rates may support gold prices in medium term. The plunging yields will drive investors out of the dollar, which may lower the opportunity cost for buying gold. We expect gold prices to trade higher with near term resistance at $1,920-2,000 and support at $1,850.

The overall strength in commodities supported crude oil prices to trade up after the European Union announced new stimulus package.

The total US oil rig count rose for the first time since March, gained by 1 to 181 in the last week as per data published by Baker Hughes.

We expect oil prices to continue to trade in the current range of $38-43 per barrel, a breakout above $43 may lead prices to $48. On MCX, August crude futures contract has important resistance at Rs 3,200 per barrel and support at Rs 2,960 for the week.

Base metals complex traded higher, with nickel, aluminium and zinc rising the most, while copper prices ended marginal down for the week.

Copper inventories at SHFE fell by 963 to 1,57,684 tonnes during the week. LME copper prices have touched strong resistance near $6,645 at 76.4 percent retracement levels of previous fall. We expect copper to trade down with support at $6,240 per tonne. MCX August copper futures have near- term resistance at Rs 512 per kg, with support at Rs 490 per kg for the short term.