Net neutrality: Here's what telcos are now looking for

In the press conference held Friday, telecom service providers said they do not want all applications to be brought under a licensing regime.

The deadline given to the Telecom Regulatory Authority of India (Trai) for comments by public on net neutrality ends tonight. Telecom companies have demanded that all communication services like Skype, Whatsapp Voice should be brought under the same rules as full fledged telecom service providers.

Gopal Vittal CEO, Bharti Airtel said that the company needs to make an investment of Rs 5,00,000 crore. “With the return on capital that the industry has which is 1 percent the real question is for communication services there must be the same rules,” he added.

As far as zero rating platforms like Airtel Zero and the initiative between Facebook and Reliance which is known as internet.org are concerned, the view was that if government feels that these zero rating platforms are illegal then these companies are open to not offer such service plans though telecom service providers feel this is some sort of a sampling experience that they want to give to consumers. 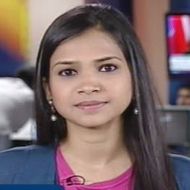