Fin assets catching up: Will 2015 be the year of equities?

According to a report by Karvy Private Wealth, the amount of wealth held by individuals in financial assets has grown by a whopping 83 percent over the last 5 years, pretty much turning a 10-year-old ratio on its head.

Land, houses, and gold are out whereas financial assets like mutual funds and equities are in. That’s the word coming in from wealth management firm Karvy Private Wealth, describing the changing preference of assets among the average Indian. And it's these assets that Karvy believes will steer total individual wealth in India past Rs 514 lakh crore by FY19, from the Rs 257 lakh crore in FY14.

According to a report by Karvy Private Wealth, the amount of wealth held by individuals in financial assets has grown by a whopping 83 percent over the last 5 years, pretty much turning a 10-year-old ratio on its head.

Sunil Mishra, CEO, Karvy Private Wealth says, “Savings of household is in the past 10 years used to be 50:50, half going into financial assets, half going into physical assets. That was 10yrs back. 5-10 years more and more money is going to real estate. That is because of all the reasons, equity markets not doing well.”

A lot of this trend reversal has happened over the last 2-3 years. The report points out that in FY12, 69 percent of household savings went to physical assets and 31 percent to financial assets. So give it 5 more years, and the playing field will be level. 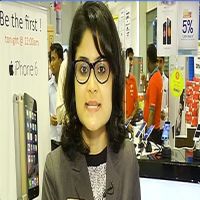 “In the next 5 yrs we see as investment has savings around equities goes on increasing. This ratio will rebalance again and by 2019, it will hit 50:50 again,” he adds.

"A combination of factors, half of it will come from domestic stability and reform oriented govt. It is pretty imp that this government walks the talk and promises too. Other half is global factors like crude oil political stability in west and china not falling off cliff as well,” he adds.

So if things hold steady, 2015 may well be the year of equities, even overtaking fixed deposits as the single largest asset class in financial assets for the first time in 60 years.