Upcoming Event : LeapToUnicorn - mentoring, networking and fundraising for startups. Register now
you are here: HomeNewsWorld
Widely hailed as a diplomatic victory, the potential delisting has an array of positive implications for the economy, as it would improve investments, facilitate international lending and give an impetus to exports and imports, say experts.
Updated : June 26, 2022 / 03:46 PM IST

Pakistan, faced with one of the most challenging economic periods since its existence, breathed a sigh of relief at the end of recently convened plenary meeting of the Financial Action Task Force (FATF), as indications were sent out that the country would be removed from the terror financing watchdog's 'grey list'.

Widely hailed as a diplomatic victory, the potential delisting has an array of positive implications for the economy, as it would improve investments, facilitate international lending and give an impetus to exports and imports, say experts.

This was also stressed by Pakistan's Minister of State for Foreign Affairs, Hina Rabbani Khar, who described getting out from the FATF's grey list as "critical" for the economy.

"No country would want to be in the grey list because it has its challenges, repercussions, takes away investor confidence, and puts a country under the bracket that it is work under progress," Khar said, while speaking to DW Hotspot Asia in Berlin on June 17, on the sidelines of the FATF plenary.

“Pakistan is one step away from exiting the grey list," the minister told reporters the next day in Islamabad, as the FATF, in a statement, confirmed that the country has complied with its two action plans, covering 34 items. An on-site inspection would be conducted in October to take the final call on Pakistan's removal from the list, it added. 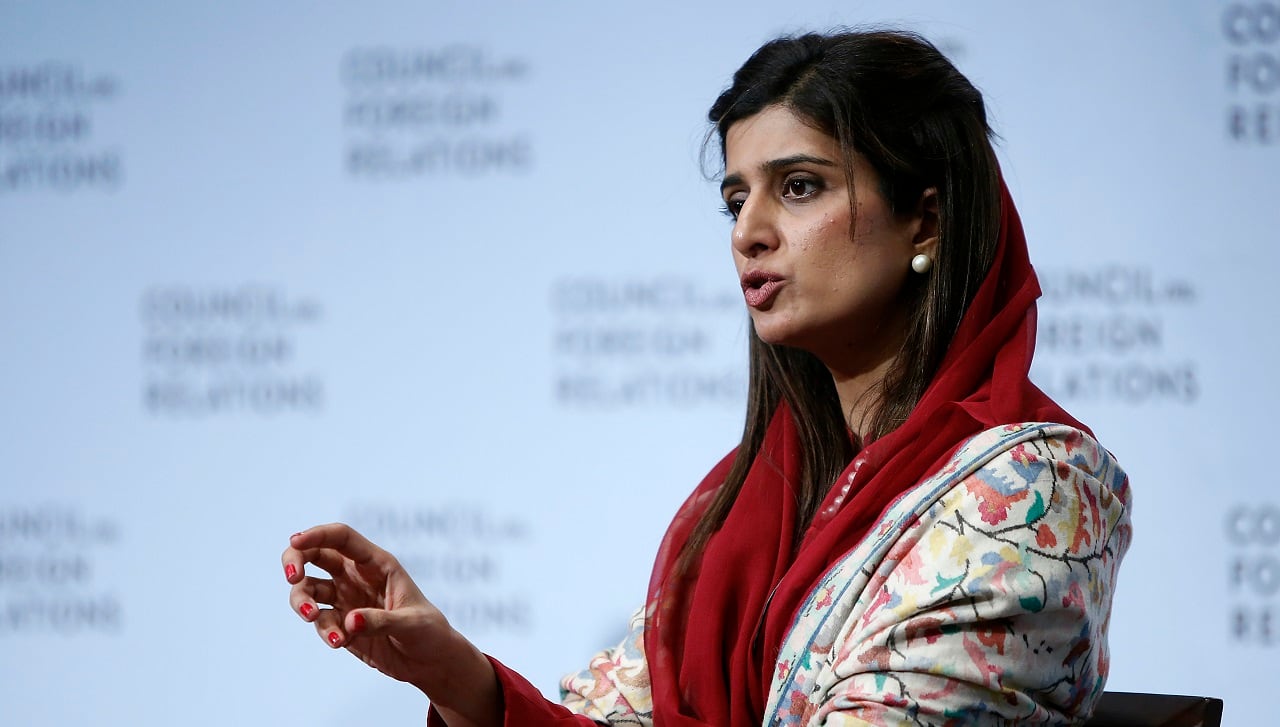 The consequences of FATF grey-listing

Pakistan has been placed thrice - in 2008, between 2012 and 2015, and since 2018 - on the grey list, also referred to as the "increased monitoring list". While the move itself does not draw sanctions, it makes the country prone to be "blacklisted", which would lead to the imposition of stringent economic sanctions. So far, only Iran and North Korea are included in the black list.

The grey list, however, signals an increased risk in transaction with the country placed in it, according to The Economist Intelligence Unit. This is bound to hit exports and deter big-ticket foreign investors from pouring funds into the economy.

"The financial sector faces not only an increased risk of sanctions but has to increase the level of documentation in order to ensure that financial transactions are not illicit. The Pakistani economy would definitely be relieved from this burden as it moves into the white list and complies with the (FATF) action plan," said Dr Aadil Nakhoda, Member, Economic Advisory Group of Islamabad-based think-tank PRIME Institute, while speaking to Moneycontrol.

The implications of being grey-listed are larger for the Pakistani economy, as it is facing severe challenges on the external front, the economist added.

Pakistan's trade deficit swelled to an all-time high of $43.33 billion earlier this month, official data shows. The foreign reserves held by the State Bank of Pakistan (SBP), the country's central bank, were at $8.2 billion in mid-June 2022, down from $10.5 billion at the end of April 2022.

"Pakistan needs to improve its ability to attract investments and the whitelisting will definitely help at this time," Nakhoda said.

A research report published in 2020 by Tabadlab, an Islamabad-based economic advisory group, said the grey-listing caused "cumulative real GDP losses of approximately $38 billion" between 2008 and 2019.

Exports and inward foreign direct investment (FDI) suffered "cumulative losses of $4.5 billion and $3.6 billion, respectively" in this period, claimed the study, which has been authored by Dr Naafey Sardar, an economist at the SBP.

The FATF sanctioning between 2012 and 2015 cost the economy approximately $13.43 billion, it further states. And even though, Pakistan saw itself out of the FATF’s crosshair in June 2015, it took a while for GDP to recover with an estimated loss of $1.54 billion estimated in 2016, the research added. "This implies that FATF sanctioning has short to medium run implications for the economy," it further stated.

The study also noted that Pakistan’s removal from the grey list has, at times, led to the revival of the economy, as evident from an increase in the level of GDP for the years 2017 and 2018. Investments and exports were two of the foremost casualties of the FATF grey-listing, say analysts. Exports were hit by an estimated $1.15 billion in 2008, when Pakistan was first placed on the list, as per the research paper published by Tabadlab.

Similarly, investment in Pakistan has remained low since 2008, even as its South Asian peers have been able to draw  significantly higher amounts of FDI.

The highest inflow was recorded by the country in 2007, a year before being grey-listed for the first time, as the cumulative investment that year stood at $5.59 billion, accounting for 3.67 percent of the year's GDP. In 2008, it dropped to $5.44 billion, and the slide continued further, with the annual investments scaling down to $1.67 billion by 2015, as per the data shared by MacroTrends.

While the FATF grey-listing was not entirely responsible for the plunge in investments, it played a major role in the downfall, claim experts.

Analysts see Pakistan's inflow of investments and exports improving if FATF ends up removing the country from the grey list, as the country will be better integrated into the global financial markets. The positive impact, however, may be deferred due to the prevalent hyper-inflation.

"The grey list impacted the inflow of investments. The extent is debatable. Following de-listing, Pakistan will see a rise in investments and exports. It depends on the global macroeconomic environment. Currently, we may not see an immediate impact because inflation is at an all-time high and economies are struggling to deal with crises. However, this will be beneficial for the long run," Karachi-based business journalist Ariba Shahid said, while speaking to Moneycontrol. 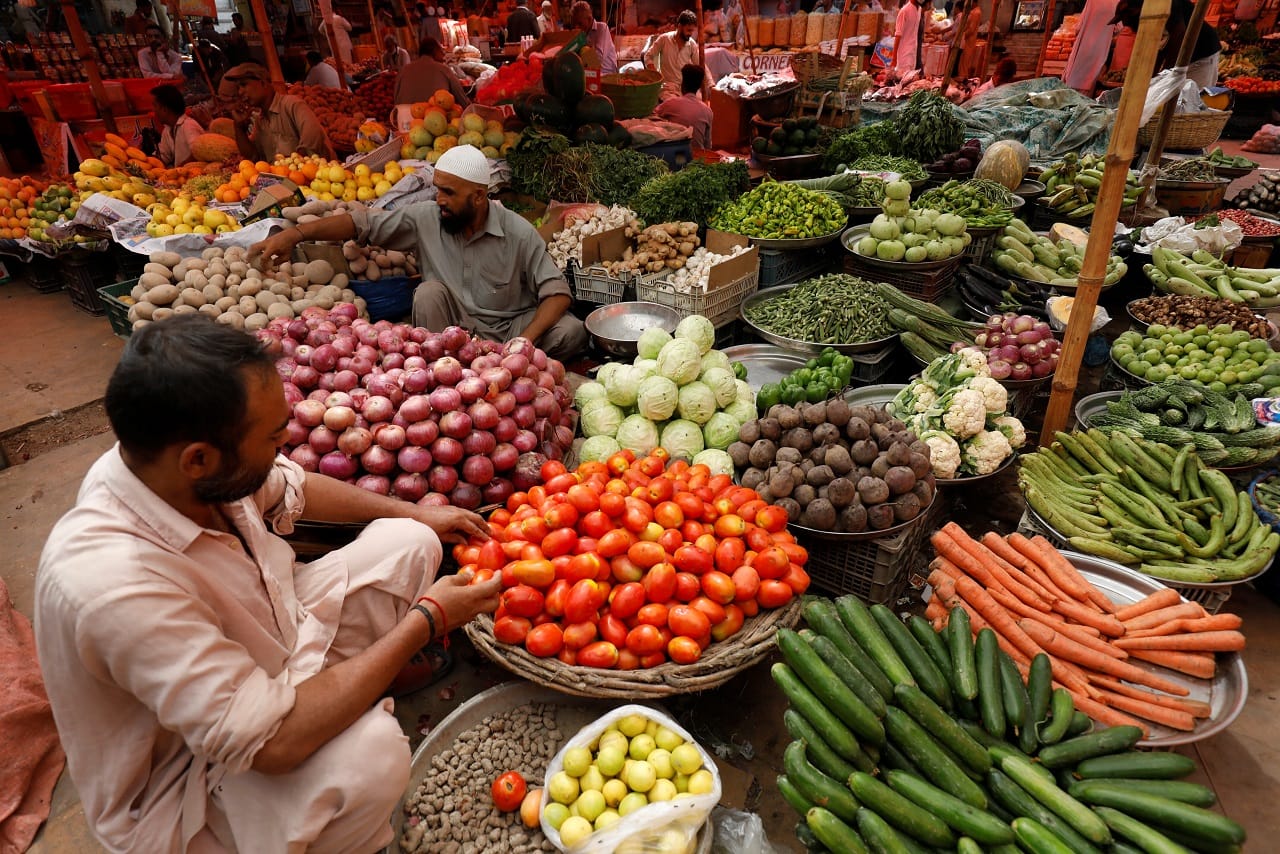 Consumer inflation rate surged to 13.8 percent in Pakistan in May 2022 (File image: Reuters)

Pakistan, under a mounting external debt of over $90 billion, is desperate for enhanced lending instruments, say experts. The efforts to secure bailouts have, however, been restricted due to the grey-listing.

World Bank and International Monetary Fund (IMF), two of the biggest global lenders, are attached as observers with the FATF. They have called for strict adherence to the watchdog's anti-money laundering and counter-terrorist financing (AML/CFT) measures for the extension of loans.

The $6 billion "bailout" secured by Islamabad from the IMF in 2019 also came along with the rider to firmly comply with the actions that the FATF had laid down before the Pakistani government in 2018 -- when it was placed under the grey list for the third time.

Being cleared by the FATF is likely to boost Pakistan's prospects for seeking additional aid from the global bodies, as well as from countries with which it shares cordial bilateral ties.

"The IMF funding is critical; however, Pakistan must also consider other multilateral lenders as well as improve the ability to trade and introduce investment-friendly policies in order to ensure better dollar inflows. Therefore, whitelisting can be a significant step if it improves confidence of foreign investors," Nakhoda said. Pakistan had secured a $6 billion bailout package from the IMF in July 2019 (Representative image/source: Reuters)

Exiting the grey list alone, however, would not aid Pakistan's efforts in securing additional financial aid. "The removal from the grey list will definitely help but that is not enough. Pakistan needs to go for more structural reforms. Pakistan will have to show to the rest of the world that its economy is working well," Chakraborti said.

Analysts also point towards the need to adopt tighter austerity measures, which could eventually help Pakistan escape the "debt trap".

"Pakistan needs austerity more than ever to complete the current IMF programme and get out of the cycle of entering more programmes in the future," Shahid said.

While the potential FATF de-listing does improve Pakistan's perception as a country to lend to, adopting monetary and fiscal prudence would enable Pakistan to avoid the need for frequent financial bailout packages, the experts underlined.