Vivo's decision to pull out of the Indian Premier League (IPL) sponsorship this year is likely to hand the Board of Control for Cricket in India (BCCI) a huge financial setback as it can expect to fetch a maximum of Rs 300 crore from a new sponsor, sources told Moneycontrol.

BCCI was slated to earn Rs 440 crore from Vivo as part of its sponsorship deal for the T20 tournament.

The repercussions of Vivo's exit will also be felt by IPL's broadcast partner Star India, according to Sandeep Goyal, Chairman, Mogae Media.

"BCCI won't be able to earn the Rs 440 crore it was set to get from Vivo from another sponsor in this environment. This development is also a big blow for Star as Vivo will most probably stay away from advertising and other Chinese brands may follow suit considering the present anti-Chinese prevalent in the country right now," he told Moneycontrol. 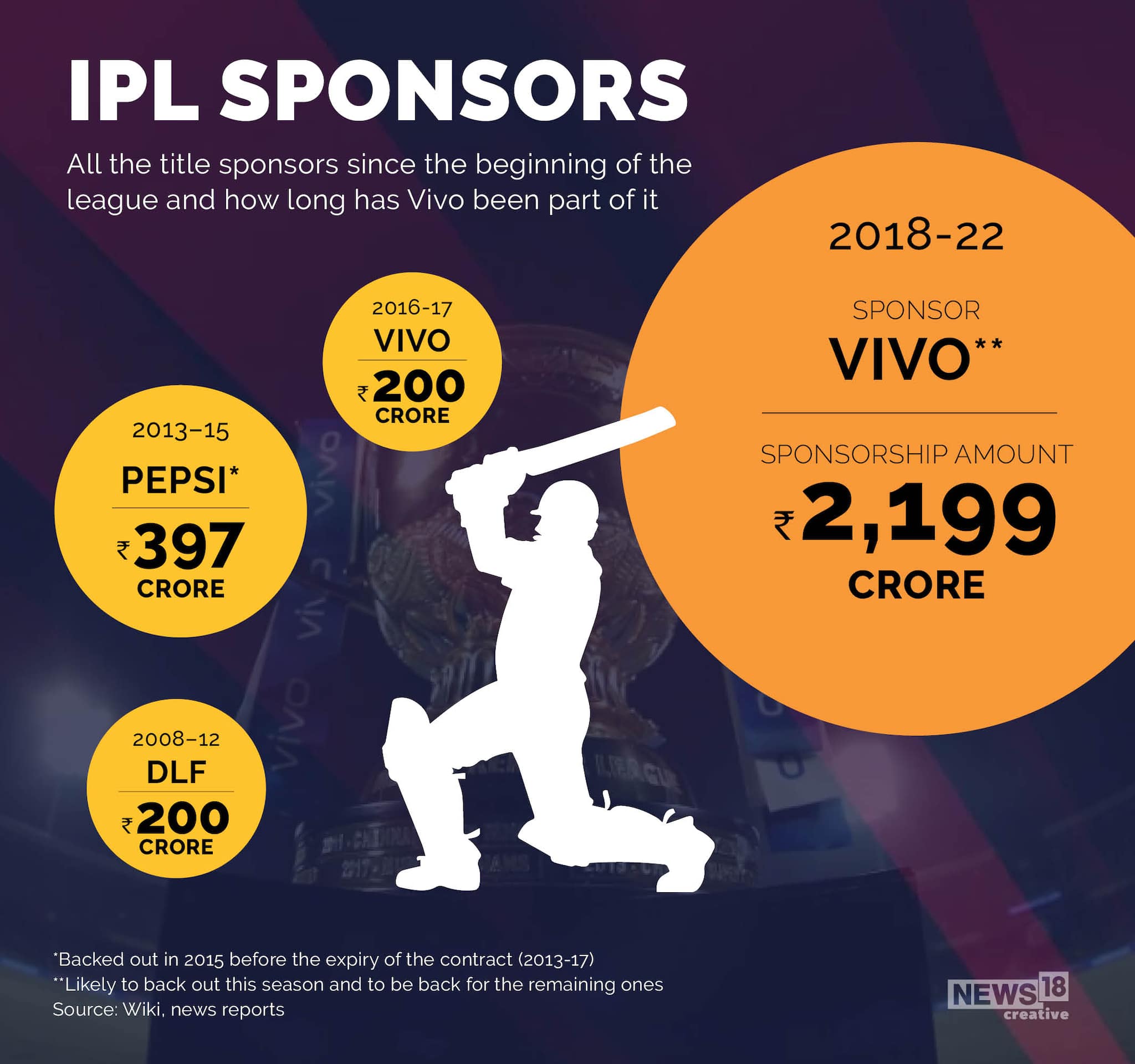 Goyal said BCCI will find it tough to get a title sponsor on board and whichever company will come in, it won't shell out the desired money as expected by BCCI. "BCCI was in a tough position as public sentiment is against China and its companies. Vivo has taken a hiatus of a year and will take a decision accordingly after evaluating the situation," he added.

So, which companies are going to fill the void left by Vivo's departure?

"I don't think BCCI will face too much of a challenge in getting a title sponsor for IPL. I think FMCG companies, telecom service providers and companies looking at a revival during the festival period will be interested in bagging the IPL title sponsorship," he said.

The handset category suffered a dip in sales and that may have prompted Vivo to take a pause this year, he added.

On takeaways for BCCI from this episode, Bijoor said it is a win for the national sentiment.

"As far as the IPL management is concerned, it was a faux pas moment for BCCI. Vivo has made a responsible decision. It is a win-win situation for everybody now. This is a temporary setback for BCCI," he added.

Soumalya Santikari Having started off as a sports scribe, I made the sobering transition to business journalism in 2014. Always up for belling the cat.
Tags: #BCCI #Business #cricket #IPL 2020 #Sports
first published: Aug 4, 2020 09:38 pm