The stock market extended selling for the second consecutive session on March 3 with the benchmark indices falling a little more than six-tenth of a percent as oil prices hit nearly 10-year high amid ongoing Ukraine-Russia war. Banking & financials, auto, and FMCG stocks dragged the market lower.

The BSE Sensex fell 366 points to 55,103, while the Nifty50 declined 108 points to 16,498 and formed a Bearish Engulfing or Inside Bar kind of pattern on the daily charts especially after Doji pattern formation in the previous session, indicating negative sentiment.

"A long bear candle was formed on the daily chart, which has engulfed the small range candle of previous session. Technically, this indicate a broader range movement in the market around 16,750-16,450 levels and the market is now placed at the lower end of the range. This is negative indication and a decisive move below 16,400 is likely to drag Nifty down to 16,000 levels," says Nagaraj Shetti, Technical Research Analyst at HDFC Securities.

Shetti further says the short term movement in Nifty is choppy and the market is now placed to show further weakness for the short term. "There is a higher possibility of retest of recent swing lows of around 16,200 levels in the next few sessions."

Maximum Call open interest of 24.27 lakh contracts was seen at 18,000 strike, which will act as a crucial resistance level in the March series.

Maximum Put open interest of 47.77 lakh contracts was seen at 16,500 strike, which will act as a crucial support level in the March series.

A high delivery percentage suggests that investors are showing interest in these stocks. HDFC, United Spirits, Dabur India, UltraTech Cement, and L&T were the top five stocks which saw highest delivery on Thursday. An increase in open interest, along with an increase in price, mostly indicates a build-up of long positions. Based on the open interest future percentage, here are the top 10 stocks in which a long build-up was seen including ONGC, Power Grid Corporation of India, Vedanta, Intellect Design Arena, and NTPC. A decline in open interest, along with a decrease in price, mostly indicates a long unwinding. Based on the open interest future percentage, here are the top 10 stocks in which long unwinding was seen including United Spirits, NBCC, MCX India, Alkem Laboratories, and Bharat Electronics. 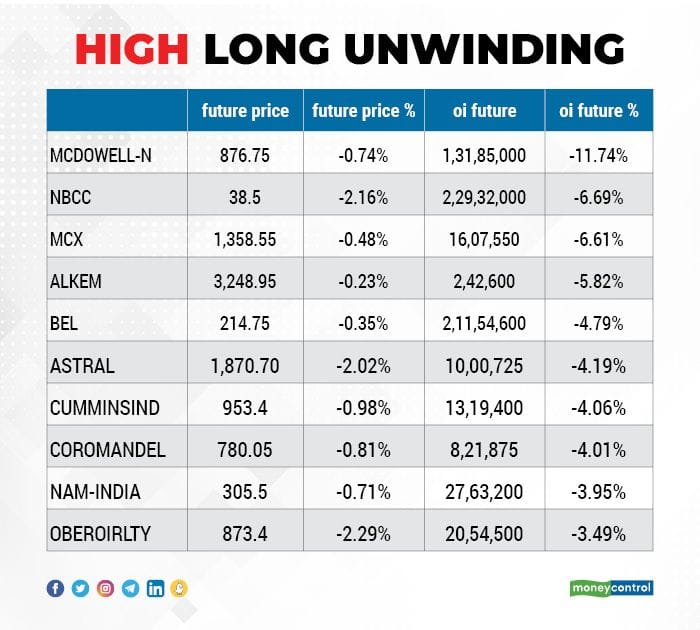 An increase in open interest, along with a decrease in price, mostly indicates a build-up of short positions. Based on the open interest future percentage, here are the 10 stocks in which a short build-up was seen including UltraTech Cement, Bank Nifty, Gujarat Gas, Escorts, and Ramco Cements. A decrease in open interest, along with an increase in price, mostly indicates a short-covering. Based on the open interest future percentage, here are the top 10 stocks in which short-covering was seen including GNFC, GAIL, Coal India, ITC, and Wipro. 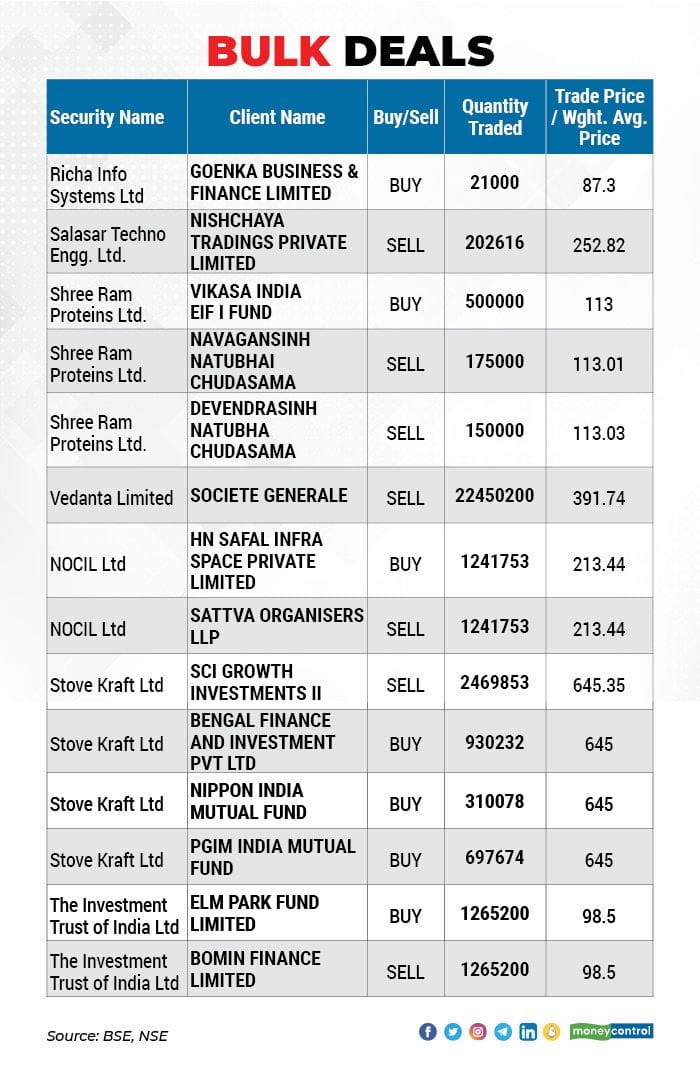 Vedant Fashions: The company's officials will meet analysts and investors on March 4.

PI Industries: The company's officials will meet MFS Investment on March 4; and Spark Capital on March 9.

Gabriel India: HDFC Asset Management Company through its schemes acquired additional 2.13 percent stake via open market transactions on March 2. With this, its shareholding in the company stands at 9.17 percent now, against 7.04 percent earlier.

Vodafone Idea: The telecom operator said the board has approved fund raising of Rs 4,500 crore on a preferential basis, through its promoters. It has decided to issue more than 338.3 crore equity shares at an issue price of Rs 13.30 per share to Euro Pacific Securities, Prime Metals, and Oriana Investments Pte Ltd. The company has also received board approval for additional fund raising of Rs 10,000 crore via private placement or qualified institutions placement.

Themis Medicare: The company has received approval for its immunomodulatory antiviral drug Viralex from Drug Controller General of India. The drug will be used for treatment of COVID-19.

Mahindra & Mahindra Financial Services: The firm has disbursed approximately Rs 2,733 crore of loans in February 2022, registering a 44 percent YoY growth. The year-to-date total disbursement was Rs 23,632 crore, a growth of 42 percent over same period last year. The collection efficiency remained stable at 98 percent for the month of February YoY. Asset quality has seen improvement due to positive trend in collections. The company is confident of meeting its commitment to bring the net Stage 3 below 4 percent by year-end. 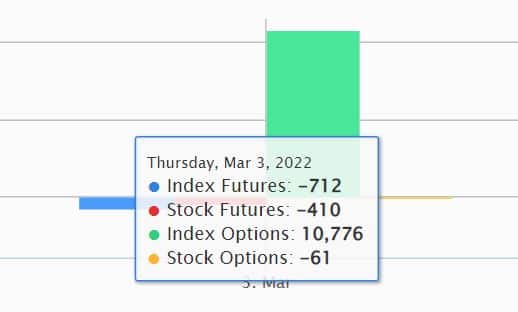 Not a single stock is under the F&O ban for March 4. Securities in the ban period under the F&O segment include companies in which the security has crossed 95 percent of the market-wide position limit.

Disclaimer: The views and investment tips expressed by investment experts on Moneycontrol.com are their own and not those of the website or its management. Moneycontrol.com advises users to check with certified experts before taking any investment decisions.
Sunil Shankar Matkar
Tags: #Market Cues #Market Edge #Nifty #Sensex #Trade Setup #video
first published: Mar 3, 2022 09:47 pm