172@29@17@106!~!172@29@0@53!~!|news|business|markets|skip-buying-large-caps-wont-short-pharma-now-bhamre-1110105.html!~!news|moneycontrol|com!~!|controller|infinite_scroll_article.php!~!is_mobile=false
Subscribe to PRO at just Rs.33 per month. Use code SUPERPRO
you are here: HomeNewsBusinessMarkets

In an interview to CNBV-TV18, Siddharth Bhamre of Angel Broking shares his views on the market and the F&O expiry.

In an interview to CNBV-TV18, Siddharth Bhamre of Angel Broking shares his views on the market and the F&O expiry.

Below is the transcript of his interview to CNBC-TV18’s Anuj Singhal, Menaka Doshi & Senthil Chengalvarayan.

Anuj: Do you think 8350 will hold now? Do you think the last 30 min factor will now take market even lower than from where we are right now?

A: The open interests of foreign institutional investors (FIIs) is quite low in this market and generally in such kind of scenario it is futile exercise to predict which side the market would move half an hour. 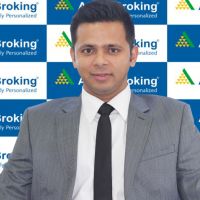 Generally, whenever you have seen stronger hands have light positions in market, it continues to move in the direction what it has been throughout the day.

Menaka: What’s your view on Bank Nifty which is 2 percent low at this point?

A: Around 18,200 was very crucial support that has been breached and we have seen that despite Nifty reducing the open interest which was long unwinding by stronger hands but stronger hands have been forming short positions in Bank Nifty.

Needless to say, components of Bank Nifty like ICICI Bank now even HDFC Bank, Axis Bank, State Bank of India (SBI) were also seeing formation of short position. So does not seem that this index would show any respite anytime soon unless there is short covering trigger which comes into play. However, there is no trigger visible as of now.

A: Since we have gone in one direction from 9,000 plus levels to current levels of sub-8400 data won’t play an important part in determining where the support comes. You would now have to take help of technical analysis here.

The gap that was created by Nifty few months before around 8320 odd levels, if that gap is getting filled and there are probabilities that market would take support somewhere around 8250 and 8300 levels around that level where the gap is there so that can be the new support level.

I do not think so there is any data which any derivatives guy would tell you that because of this data there is support at XYZ level. So more because of technical analysis we would say that 8,250-8,300 is next support for this market.

Anuj: Would you buy HDFC for a trade tomorrow over the next series because we normally say this kind of trade play out on HDFC on expiry date?

A: If you look at losers in future &option (F&O) stocks, top 25-30 stocks, more than 75 percent of stocks are all largecap Nifty stocks. This is clearly institutional base selling. Generally, when this happens you do not see immediate bounce back in these very names.

When FIIs are unwinding so much and it is quite possible looking at the global scenario that they might start shorting in coming series. I won’t take risk of preempting a buying situation in a largecap stock. I would give a skip to buy any largecap stock at this point of time.

Anuj: What about pharma today because we have seen expiry factor impact all stocks, is that a buying opportunity, may be Sun Pharma, Lupin or even that would fall now?

A: Some of the IT names than telecom Bharti, Idea and Pharmaceutical space here some of the long holding funds who have compulsion to be invested in market can reallocate some funds.

It was mainly long unwinding so I believe if market has to continue to go down pharma may not perform this badly like it did in last one week. So I won’t short pharma at current levels.

Menaka: What about stocks in the FMCG space for instance it has been a brutal week for Hindustan Unilever (HUL) it has been a tough week for several IT stocks as well? You said stay away from large caps, would you include all of these stocks that will continue to decline in the days to come?

A: Some of the names like we mentioned in beginning of this week that Oil and Natural Gas Corporation (ONGC) is what we like at lower levels between Rs 310-305. That stock has good support and is briefly trading below those levels. That is one stock which we would think of going long at current levels.

Then ITC on Tuesday was around Rs 325-330, buy at current levels and sell Rs 340-350 Call option, covered Call writing. If HUL is correcting ITC is not correcting much and you would see some bounce in ITC. I am not very upbeat on ITC but some bounce.

Then Infosys range bound short strangle can be played over there. Not necessary that every large cap would go down and you have to play on the short side. Idea Cellular and Bharti Airtel are looking good if there is a correction because of market sentiment you can form a long position there.

Senthil: Today’s expiry falls on a day when there is turbulence around the globe, there is crisis in the Yemen as a result of which market worldwide had sold off, has that made any difference to what’s happening today or what happened today the way it had is in any case?

A: I do not think so when FIIs position reduced in market we are more vulnerable to what is happening globally. If FIIs have long interest in this market then we have seen in past, in immediate past just last fortnight if you see there was a very strong negative cues but still India didn’t corrected much because FIIs were having long position.

Now slowly steadily in last fortnight they have squared off huge amount of their long positions and now we are vulnerable to what is happening globally. That is the reason I am saying that if global factor continues this way there can be a chance that FIIs would come and start shorting this market.

So I wont say that I am not surprised because of this fall, yes of course the fall is quite huge but then had it been that FIIs were there this wouldn’t have happen. FIIs are now moving out from their long portions.

Menaka: Are we going to win this match?