According to Sashi Krishnan, CIO, Birla Sun Life Insurance, there are signs of pick up in investment cycle, which would bring in the DIIs and FIIS that have been waiting on the sidelines.

Although Indian indices have seen a correction to the tune of 15 percent till now, they have not seen a free fall because of support from domestic institutional investors (DIIs), says Sashi Krishnan, CIO, Birla Sun Life Insurance, adding that this support will continue since there is yet no risk of redemptions from DIIs, he says.

In fact Nifty levels of 7500-7700 are good to buy into equities according to retail investors, says Krishnan in an interview to CNBC-TV18. India is poised for an economic recovery and so one is sure to make money in equities, he adds.

GST legislative issue could weigh on the market for the immediate term but structural reforms taking shape, it would help the long-term India story, says Krishnan.

According to him there are signs of pick up in investment cycle, which would bring in the DIIs and FIIS that have been waiting on the sidelines. Stalled projects too are slowly coming on track, he adds. 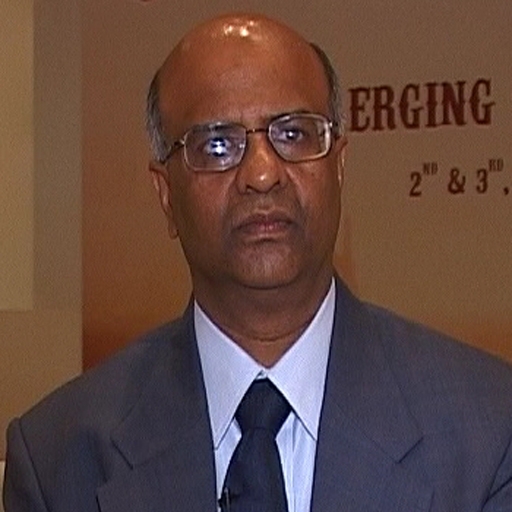 Sector specific, he likes the BFSI space and the oil and gas space.

Metals too will see recovery because oil prices and commodity cycle is bottoming out. Although China could be a worry for some more time, he says.

Below is the verbatim transcript of Sashi Krishnan’s interview with Anuj Singhal and Ekta Batra on CNBC-TV18.

Anuj: The only reason the market has only fallen 15 percent despite the kind of foreign institutional investors (FIIs) outflows that we have seen is the kind of inflows from domestic institutional investors (DIIs). At your end, do you think the flows are continuing and will continue to see more domestic inflows or are we now at a risk of seeing any kind of redemptions?

A: I don’t think we are at risk of seeing any redemptions, in fact, most retail investors do tend to believe that index levels of 7,500-7,700 are actually levels where you should buy into equity. Domestic mutual funds have got something like USD 11 billion this year though the overseas investors, their net inflows into India are just close to around USD 2.8-2.9 billion. So, that has more or less got compensated. I think there is a great opportunity and we are in my opinion poised for an incipient economic recovery in this country and if you invest into this, you will make money in equity.

Ekta: What are your thoughts in terms of the uncertainty that we are seeing maybe on the goods and services tax (GST) now because of the disruption that we are seeing in the parliament in past couple of days, do you think that is weighing on the market, the fact that the GST might not go through as expected?

A: Yes that is one of the immediate factors that is weighing on the market because legislative action is being held up but from a broader perspective you must realize that structural reforms are happening in this country. If you look at for example, even GST, the recent report that was put out by the economic advisor seems to have brought consensus in terms of what should be the revenue neutral rate, how should the sharing happen.

Anuj: Market has the habit of factoring in the recovery at least two to three quarters in advance. So, by what quarter do you think we should see recovery and which stocks or which sectors are you most bullish on to play this economic recovery?

A: Two key things that I observe at this point of time, one is that you are seeing definite signs of the investment cycle reviving. If you look at gross fixed capital formation, you have got some big jump in that number; it is almost 6.8 percent from 2.5 percent. I think two reasons for that, reason number one is that a lot of the stalled investments have started getting back into action and two, you are seeing a lot of money waiting on the sidelines, both domestic capital and foreign capital to get back into this investment cycle. With money being there and the fact that execution is picking up, ease of doing business is picking up, I think it is only a matter of time before money gets in there. Therefore one of the key themes we will play is this economic recovery and the revival of investment cycle.

If you look at that specifically, there are two-three sectors which we would play out here, one is the BFSI sector especially the corporate banks; banks that lend to corporate because they have been beaten down and I think reasons are but obvious, you have got 12 percent of stressed assets in the book but you must realize that all the people who have got a stake in this, that is the banks, the Reserve Bank of India (RBI), the government, I think they are all now on the same plane and they are all saying that we will do whatever it takes to sort this issue out both in terms of improving the stressed assets situation and improving solvency for these banks. Therefore I think as the economic cycle recovers these guys will give you the largest delta.

Coupled with this obviously is the capital goods sector and the cement sector because there we are seeing a lot of action on the ground. We are not seeing private capital yet coming into infrastructure but we have seen a lot of government capital into infrastructure. For example, the highways and the railways are putting in a lot of money and that I think is the next sector that will sort of play out the early incipient recovery that we will see in the economic cycle.

Thirdly, the space we would look at is the oil and gas space because of two things. One is that you are seeing both refining and petchem margins improving and the fact that lower oil prices and fuel reforms is leading to better margins for the marketing guys. So, I think this is something that we would like to play, we continue to play and we are overweight over there.

Ekta: About the economic recovery, a part of it which would be the commodities play, the metals index would be linked largely to what is happening globally. For example we have already lost over 37 percent year-to-date (YTD) on the metals index itself. So do you assume that maybe next year we would see a recovery in the metals, in the commodity play and hence banks would be better placed in terms of asset quality?

A: That is one thing that will definitely happen. I think the commodity cycle seems to have bottomed out. Oil at USD 40 per barrel and most of the other metals dropping to where they are today, my own feel is that it has bottomed out. The important thing is that we always want or expect to build in an earnings revival if you want to give better valuations from this market.

With the commodity cycle bottoming out and economic recovery coming in my own feel is that earnings growth will recover from their current sub 10 percent to closer to around 14 -15 percent and a lot of it is contingent on the commodity cycle also bottoming out rather than it falling further from here. I would sort of bet into that but yes there are problems out there and as much as yes, you have a China issue, China isn't growing as fast as it would grow but for India, with money available for investment and commodities being where they are, it is one of the best combinations for the economic cycle to take off.

The Market Podcast | Time to go global! Sensex has delivered nothing in last 10 years: Shankar Sharma