172@29@17@245!~!172@29@0@53!~!|news|business|markets|positiveindia-see-next-big-moverural-mkt-religare-1200089.html!~!news|moneycontrol|com!~!|controller|infinite_scroll_article.php!~!is_mobile=false
Watch experts decode 'The rise of ESG investing' on October 29 at 4pm. Register Now!
you are here: HomeNewsBusinessMarkets

According to her, people are going to avoid spending on things that are not absolutely necessary like unplanned holidays, eating outside, affecting earnings of related companies.

In an interview to CNBC-TV18’s Sonia Shenoy and Latha Venkatesh, Talwar says rural markets continue to remain big opportunity. She is optimistic on India and believes the India consumption story continues to remain intact. 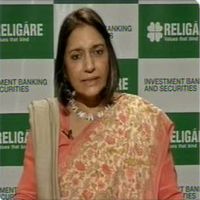 Below is the verbatim transcript of Sangeeta Talwar’s interview on CNBC-TV18.

Latha: It has been interesting the way consumer sector has panned out. We have seen a mixed bag situation in the quarter gone by. A couple of companies have reported an intense slowdown in discretionary spends, thereby resulting in weak earnings. Do you think this is a trend that could continue for a couple of quarters or is this just an aberration, a one-quarter phenomenon?

A: I am going to respond to this from an area that I am familiar with. I do not think I have the ability to make a predictive call on how the industry would do going forward. When you look at a slowdown or you look at a drop in spending, it will affect the luxury sector first. If the stock markets are not doing well and people's investments are not doing well they will curb things that are not absolutely necessary and so, conspicuous spending on an extra pair of shoes or taking another holiday or a short trip outside the city, just an unplanned holiday, maybe a very nice meal outside, those kind of things may get affected.

Core things like food, clothes, I do not think those will see a long-term effect. There maybe some other things that are affecting the spending on those things in this quarter. The quick service restaurant (QSR) for example has been affected and if you go back to 2008 in the US, you will see that QSR in the US got very severely affected wherein the economy was in a severe downturn and actually people started buying more food and consuming it at home. In our environment, it should be a very long-term effect. I think we have plenty of scope for growth.

Latha: At a time when trends will paint everyone, how do you pick the winner? What were the lessons from Maggie?

A: It is important when you want to build a brand and especially an iconic brand, you have to be in it for a long-term and you have to stay the course. When costs are going up and if you have a marginal dip in the profit pool, you have to do your best to do some cost engineering, but I would very seriously advise that you do not do cost engineering at the cost of quality.

You stay with the quality that you promised the consumer. Those are some of the things that I have personally invested in and I have had my team who work with me and the companies I worked with to invest in that sort of a philosophy which has created very strong brands.

Fundamentally, a brand is a promise to deliver something to the consumer, a benefit to the consumer and the more true you can stay to that and the closer you can stay to a certain promise of quality always, everywhere, the more trust the consumer will have in your brand. So, even in a downturn, in a slowing economy you have to be very careful not to play with cost cutting mechanisms which slowly and slowly shave off a quality edge from your brand.

Latha: At the moment, if you have to pick up a winner brand in various categories, we heard of this great rural story which appears to be petering out. We heard of this tier-4 to tier-6 cities or the non-tier-1 cities that was for one time the fashionable segment people were selling to. At this point in time which segment do you think is most promising and which products - is it consumer down-traded products, is it luxury products? Where do you see the next big move?

A: The rural markets are highly underserved and we saw a big increase in these markets a few years ago and that coincided with the NREGA scheme. Obviously it put more money into the hands of rural households. I think food subsidies do work in that direction to put more money in their hands.

Latha: Is that market still there? We heard the rural story from the time you are saying the NREGS, rural construction boom, higher MSP prices, all that argument went in, but when we saw the numbers of various companies in the past two quarters, it looked like that is a spent force. Is that still a theme you believe in? You said it is an underserved market?

A: I would like to disagree with you there. I do not believe it is a spent force. What tends to happen and we are often not able to estimate the impact of that is that it takes time to do distribution and get product and service in front of the consumer. We must accept we are a very large country. In the rural areas we are not that well organised. There are many places I have been to. There is no 'pakka sadak'. There is a 'kaccha sadak' which is slush in the monsoon. So it takes a while to get good product and service in front of a consumer who is in these far-flung areas.

I do not think the rural story is over at all. I think this is a blip and ultimately, consumption in those areas on the back of aspiration and warmer pockets is definitely going to go up and it will go up across the board for food, clothes, shoes, for financial products, investments. You may term me an optimist, but I believe in the India story.