In an interview to CNBC-TV18, Deepak Shenoy, Founder, capitalmind.in, speaks why the current correction could be considered healthy despite the market being seen in a bear phase technically.

In an interview to CNBC-TV18, Deepak Shenoy, Founder, capitalmind.in, speaks why the current correction could be considered healthy despite the market being seen in a bear phase technically.

Below is the transcript of Deepak Shenoy's interview with Ekta Batra & Anuj Singhal on CNBC-TV18.

Anuj: You have seen many bull markets; you would have seen some bear markets as well. Where are we currently? Is this a healthy bull market correction or are we in-between. What is your sense about where we are and where we can go from here? 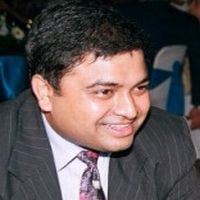 There are macro issues currently that might make us believe that things are much worse than they seem or they are very bad, for instance analysts give reasons for falls and for rise, so my reasons can be – foreign institutional investors (FIIs) have been selling because they do not like certain numbers; the financial numbers are bad, the fiscal deficit numbers look scary and we have got China which is coming out with USD 350 billion odd in context that is 1/4th of India’s market capitalisation in initial public offerings (IPOs) in the next two weeks. So that is probably a reason for FIIs to pull out money. There is lot of reasoning around why market has fallen or likely to fall more.

But in a broader context this is a good correction. We needed some kind of a correction. It may not stop at 10 percent may go to 15-20 percent. There is no reason why it should stop right here but as prices corrects, it gives opportunities for people to buy a lot of stocks that have gone way beyond their potential earning capacity in next 10 or 15year and perhaps those will be likely buys if they fall. However, some of them haven’t yet fallen to levels where they would be juicy buys but they might be called fairer value. I do not want to predict saying that this is the end of the bull market but I would definitely say this is a healthy correction.

Ekta: If you are talking about different factors like the IPOs which are coming up in China for the next two weeks then do you think that we could possibly see a recovery in the next couple of weeks for the market. If so to what levels and what will possibly lead the recovery if that is what you might anticipate?

A: One of the things that happen in bull market or bull run is the lack of liquidity and if you look at lack of liquidity situations in India after Reliance Petroleum IPO in 2006, the market corrected 30 percent. When there was a large rush of liquidity at that time Rs 10,000 crore was a lot. Reliance Power IPO in January 2008 saw about 20 percent corrections and of course we had the Lehman crisis which again caused the liquidity issue.

India today doesn’t have internal liquidity issue. If China IPO issue is causing a liquidity crisis in terms of FIIs taking their money out then we would potentially looking at history, not stop here, but liquidity in general takes time to come back if it goes and if the Chinese IPOs continue to do well then Indian allocations would continue to decline. We got news item yesterday saying one of the FIIs reduced allocation by 2 percent in India and 2 percent has seen a 10 percent fall. If they were to reduce allocation some more, we do not know where the market could go. So we will have to see whether allocations come back to us and for that we need something good in the Indian economy to attract foreign capital again, either that or Indians should start investing.

Anuj: That is interesting point because of you see the last 15 days or so, net-net on institutional basis there is not too much selling, there could actually be a bit of buying. If you take the domestic institutional investors (DIIs) number into account almost everyday they are absorbing every single dollar of FII selling. What is that not propelling the market according to you?

A: Most institutional selling at the FII level typically happens in coordinated fashion because if they want to sell a large chunk of shares, they are not going to dump it in the market. They will try and call somebody and say that they have some shares. However, at some point that other side is domestic institution. Many of times its foreign institutions themselves, for instance General Atlantic sold 85 lakh shares of Jubilant Life Sciences but they sold it to two other FIIs. This came in block deals.

Many times these larger blocks of selling may not come in bulk deals but they might be negotiated sales that happen on the exchange because you need some buyer on the other side when you are selling otherwise the price will tank too much. So in that context the domestic investor will act as the other side but we still haven’t seen panic selling by FIIs. The panic selling does not initiate a phone call; it is not like calling somebody and ask if they want to buy shares. I will just dump them in the market – that’s what happened after the Lehman crisis and that’s definitely not the situation right now. So I expect that even if FII selling continues right now, not to see panic selling. There is not much reason for that.