172@29@17@240!~!172@29@0@53!~!|news|business|markets|marc-faber-hillary-winrisk-to-markets-buy-hard-assets-956433.html!~!news|moneycontrol|com!~!|controller|infinite_scroll_article.php!~!is_mobile=false
Subscribe to PRO at just Rs.33 per month. Use code SUPERPRO
you are here: HomeNewsBusinessMarkets

In an interview with CNBC-TV18, maverick investor Marc Faber discussed US politics, Federal Reserve and why it is a good time to buy hard assets.

In an interview with CNBC-TV18, maverick investor Marc Faber discussed his US election candidate pick, leaning towards -- as most Austrian economics-minded investors do -- the Republican candidate: in this case, Donald Trump.

He also talked about why the Fed's 'money-printing' policies were likely to prevent a major crash in global stock markets, even as they were looking expensive now.

Further, he reiterated his years-long call that investors seek exposure to "hard assets" such as gold and commodities and said the latter appeared to have bottomed out.

Below is the verbatim transcript of Marc Faber’s interview to Latha Venkatesh and Sonia Shenoy on CNBC-TV18. 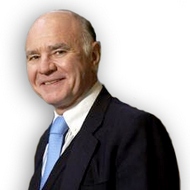 Latha: First up do you think the markets could show more signs of worry over the American elections, do you think closer to November 8 we could see lot more jitters?

A: The belief is obviously that a Trump victory would be negative for asset markets, for the US market, and that a Hillary victory would be positive. But I am not so sure about this belief for the simple reason that Hillary is basically a neocon and a warmonger. She has invaded or supported the invasion of variety of countries already. So, that may lead to more international tension.

Whereas Trump is more aware of the fact that the US' superpower standing is gradually waning and that other countries are coming up and that US cannot fight and be the policeman of the whole world. [Trump realises] they have to gradually start to negotiate with other countries on equal terms.

Sonia: Is it like a lose-lose situation, half of the people don't want Trump to come onboard and now you are saying if Hilary comes onboard as well then there will be lots of international tension. Are we looking at a possibility of a big crack in global markets post the elections?

A: I don't think it will happen before the election because the Fed sniggers at the thought of a Trump victory. They are supporting Hillary Clinton as incidentally as the entire media establishment is support Hillary Clinton and is anti-Trump.

My view [on the market] is that in this environment we have now clear voices at the Fed and other central banks that basically they should be able to implement negative interest rates and that they might do well if they bought equities. So, under this scenario, you ask yourself what is actually the downside risk.

In my view under both Trump and Hillary will continue to print money, there is no other way out, the system is basically bankrupt. So, money printing will continue and then the question is what will happen to asset market?

In theory, they can continue to go up. As I pointed out, I am not optimistic about the global economy. But if you print enough money -- central banks' balance sheets have increased sixteen times between 1998 and 2015 -- why can't they go up another 10-20 times in the next five years?

In that scenario, the Indian market can go up, the Dow Jones could go to 100,000 and so on, anything is possible. We don't know how far the math professors at central banks will go.

Latha: Over the next quarter or two quarters, what do you see as red flags for the market, could it be the European banking system for instance?

A: Yes, this is a concern. European banks are in a very poor financial condition. They will need more capital but in theory, the European Central Bank (ECB) and other central banks can essentially provide liquidity to the established banks and the governments if they like. They can basically bail out banks.

They may have bail-ins here and there where some bond holders -- like there are coco bonds outstanding -- would get hurt to some extent but basically the government can essentially buy shares in the Commerzbank or Deutsche Bank and recapitalise them. As a result of that, the government will be an owner of the 50 percent of the bank or 30 percent or whatnot. That is all possible. We just don't know. We are writing a report about this in a not-so-realistic economic and financial world.

Sonia: I read that in an interview you had given that over a ten-year period you prefer investing in the Indian markets rather than the US markets. What makes you so confident about India?

A: I know that there are studies that will negate this view but in my opinion, a country that grows at 5-7 percent such as India will have, in the long run, corporate profit growth that is about equal to gross domestic product (GDP) growth. If companies are well run and if they can expand for a given period of time as a percent of the economy, they can achieve earnings growth of say 10-15-20 percent per annum for a given period of time.

In the case of US, we have had an expansion now for more than seven years. It began in 2009 in June. We are now already October 2016. So, by historical standards, the expansion is very old. Corporate profits have started to decline. The economy is hardly growing. I don't see where corporate profits will grow substantially in the US.

So, my view is if I look at the next 5-10 years emerging economy markets -- in particular, the Indian economy, which is going to easily grow at 5-7 percent per annum for the next ten years -- they will perform better than US.

There is one proviso however and this is the most important condition for financial markets to do well and it is this. I am afraid that there are so many Republicans and neocons of the Republican Party that supports Hillary that a deal between Hilary Clinton and neocons is already done. That the neocons will basically take over foreign policy and Hillary Clinton can print money in the US and distribute the money to minorities and god knows what. And that this deal can lead to international tensions, that then are not conducive to equities and bond prices.

Latha: What would you be buying now if your clients ask you to invest their money?

Does it mean that equities are much more attractive? That is far from certain because if yields on say the US 10-year treasury goes to 2.5-3 percent, that may hit back the equity markets as well.

So, I would tell the guy, look I am happy to invest your money but the returns over the next 5 or 10 years will be very disappointing to you because you expect to make between 8 and 12 percent on your portfolio every year. That is simply not going to happen.

Sonia: So, would we have to endure a big crash in global equity say, over the next 6-12 months, is that something you are forecasting?

A: It is not necessarily a forecast but it could easily happen. The US market is so much more expensive based on price to sales, price to earnings, price to book than any other market in the world that US stocks are in my opinion more vulnerable than in general perceived.

But I believe that as we would approach the February lows on the S&P at 1810 that the Fed -- under the influence of the money printers and people like Larry Summers -- and other central banks will step in and start to buy equities to support the market.

Latha: Are you buying gold? Anything other than paper assets?

A: I am spending a lot of time thinking that the current financial system, that we can all agree is not sustainable in the long run. The big question is how will it all unwind? Will it unwind with a breakdown of democracy, with a breakdown of law and order? We just do not know.

But one of the potential significant problems that may occur is what the Fed and other central banks actually wish for and that is inflation. There is a good chance that commodity prices have bottomed out and that inflation in general will accelerate.

In other words, people’s cost of living will start to go up more than what is desirable. And that will depress real earnings, but it will be good for assets such as commodities, especially precious metals. Obviously, very negative for bonds and probably negative for equities when yields go up.

So, I want to own some commodities. If you look at sectors in the US or globally, what is inexpensive? Gold shares have rallied 100 percent from the lows, but they came down before by 90 percent, so they are still relatively inexpensive. You look at basic stocks that are producing copper or aluminium, these companies are not terribly expensive from a long-term cyclical point of view. So there, I see some value and that is where I would put some of my clients' money.

If you come with USD 1 million, I am not going to buy and put it all in gold and gold shares, that would be irresponsible. But I would tell you, maybe you should have at least 25-30 percent of your money in an asset that cannot be printed by central banks.

Sonia: You have confused us a little more about the US elections and who one should vote for. I know you cannot vote because you are sitting in Thailand, but if you could, who would you vote for?