Bank of England may cut interest rate by 25 bps: UBS

The central bank may cut rate by 25 bps today and another 25 bps by the end of this year to save the economy from running into recession, says Hartmut Issel of UBS.

Ahead of the Bank of England policy meeting to be held later during the day, Hartmut Issel of UBS says the central bank is in a predicament whether or not to cut interest rate.

"Pound has fallen. The central bank may cut rate by 25 bps today and another 25 bps by the end of this year to save the economy from running  into recession," he said.

However, no quantitative easing will take place in this meeting.

He added that cues from the US earnings season will also factor in shaping the European indices, going forward.


Below is the verbatim transcript of Hartmut Issel's interview to Reema Tendulkar and Nigel D'Souza on CNBC-TV18.

Nigel: Japan hasn’t given us any good news till now, you are expecting the Bank of England (BOE) to do something later today and if that’s not the case, if it doesn’t happen then what kind of disappointment do you think global markets are likely to see.

A: To be honest the BOE they are bit in a predicament, because if you see how much the currency has fallen that’s actually puts inflationary pressure, so we may very soon get above the inflation target that BOE has. Also you will argue that normally they should have used or would have used the August meeting rather than this one simply because there you have all set of new inflation outlook etc. that would be under normal circumstances now. Of course circumstances are especially for the BOE are everything but normal, so we do expect them to pull down 25 basis point this time and for the end of the year another 25 basis point or close to zero basically in the rates and also they are going to start considering or reconsidering QE again, so very likely that they are moving today.

A: It is unlikely also as the central banker you don’t want to shoot up all the ammunition that you have, so QE probably has to wait a little bit we think, although it is likely to come eventually and also going to zero we also know from other examples what it does to the banks so maybe they technically don’t even go all the way to zero, maybe they leave a 0.1 or so, but it going to be close enough effectually zero.

Nigel: We don’t get that stimulus that we were looking for, we don’t get a cut today, then do you think that the global market will sell off because currently as well as we speak European markets they have opened up and they are clearly indicating they are expecting some liquidity to come into the system, so if that’s not the case do you believe there is some downside risk?

A: I don’t think it would be a minor setback, I guess the pound in a first instance would strengthen because by now I think the broad consensus is that that we have seen that move down and if it doesn’t come there would be at least for couple of days or weeks slight advantage for the pound. Otherwise, I don’t expect major fallout if they hesitate right now because then it is going to be next month.

Reema: Is the expectations of a 25 basis points rate cut already in the European market price, in case we do get it do you see further gains?

A: I don’t think that based on just a rate cut alone will see a lot of gains because it seems to be brought consensus but what also occurs to me is that the European markets also take the cues from the US earning season where compared to the quarter one earning seasons. We do expect may be a slight pullback yet may be negative 1 percent or so year-on-year in terms of profit growth but as already a lot better than in the first quarter and the outlook we think for the third and the first quarter are that we are going above zero for the US and when that happens usually that also gives a cue into the European markets so I think that what we are seeing is not so much the Bank of England (BOE) decision.

Nigel: I need to ask you about how are you reading commentary coming out of the US Fed as well as the jobs data. We saw the Fed sounded rather dovish and then we got a really strong jobs data that came out. How many rate hikes are you factoring in if at all you are factoring in any kind of rate hikes from the US Fed this year?

A: The rhetoric of the Fed swings a lot in the recent months doesn’t it. However, they have a very underlying very strong trend fundamentally and that is on the inflation side. Historically when you go through 5 percent or even below in terms of unemployment rate where there already on the US inevitably get inflation up. We are seeing last December it is not very dramatic but inflation is picking up so that is a signal that Fed cannot ignore eternally and therefore even counting in for Brexit we had initially pencilled in the first rate hike already or a next rate hike for September. Now we are thing it is going to be December but nonetheless eventually for not risking to be behind the curve eventually have to make the first move. 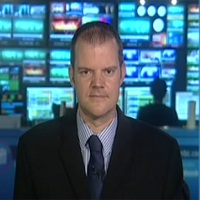