Upcoming Event:Join us for New HorAIzon from Oct 6-7, 2pm and be a part of exciting conversations on tech & innovation
you are here: HomeNewsBusiness
Companies are evaluating a hybrid model as an alternative to working from home and working in office. For some, that may not be feasible because of the need for face-to-face interactions. For others, there are issues such as data security and privacy at stake. The question, ultimately, is whether it’s safe for employees to return. There are no easy answers as yet.
Updated : July 15, 2021 / 04:49 PM IST

The nationwide lockdown announced in March last year amid the COVID-19 pandemic marked the start of changes in the way India worked. The effects are still being felt today as companies, each affected differently by the shutdown, grapple with getting back to business as usual – or the new normal.

The lockdown forced many businesses to close and even after it was lifted in phases, restrictions on activities and curbs on people’s movements continued in hotspots, local areas where the coronavirus raged on.

Saving the economy and the people became the top priorities for the government. This gave rise to the work-from-home culture, a largely discouraged concept that existed only sporadically before the pandemic struck. Companies had to take up the challenge and allow their employees to work remotely. However, the scenarios that emerged were not quite what was expected.

While laptops and computers were ferried to employees’ residences and some lucky ones got new gadgets, there were also job cuts of temporary/non-payroll staff, salary deductions and cost-cutting measures. Companies had to take such steps after sales were hit.

WFH worked smoothly for sectors like information technology and services. It wasn’t as easy for housing, manufacturing, education, FMCG, aviation, railways, transport, shipping, leisure and travel, which had to close entirely or required some staffers to be on site. In many cases, people unaccustomed to using technology faced a steep learning curve when handling computers and taking part in online meetings.

One and a half years later, with the second wave of infections said to be receding and a vaccination drive under way, there is a dilemma: Will employees be willing to come back to the office? Are companies prepared to get back to full working strength? If so, what will the future of working the office in the post-pandemic era? Here’s a look at the concerns that may arise as companies prepare to welcome employees back to the office.

According to Vemuri, companies must choose a collaborative arrangement after September 2021.

“The firms can switch to alternate days for WFH and WFO – two days from office and two days from home – which may provide some relief,” he said,

Considering the hurdles involved in opening offices – such as ensuring sanitisation, maintaining social distancing and ensuring ventilation, apart from the constant risk of another outbreak – many companies are assessing adopting a hybrid format, which allows selective days of working in office and working remotely.

According to Shipra Tripathi, communications head for N+1 Capital, a venture capital and private equity firm, its offices will reopen fully only in 2022. Until then, it will adopt a hybrid format. Employees working from home are sometimes more stressed as they have to manage office pressure and children at the same time. (PC-Shutterstock)

The key concerns for IT companies, which were dependent on WFH, are securing data and issues related to privacy. The question is whether it is feasible for them to continue allowing their employees to work from home.

For HCL Technologies, the $10 billion Noida-based IT company with a headcount of 168,977, the current situation is still volatile and a hybrid model would work well for both the firm and its clients. HCL wants employees to return voluntarily, when they feel it’s safe, and not on a mandatory basis.

“We haven’t done like one size fits all. We have asked each line of business to identify the roles, which need office presence and roles which can work from home,” chief human resources officer Apparao VV told Moneycontrol. “There is an involvement of customers also here because some customers have higher data privacy needs. So, they will be hesitant with people accessing their data from anywhere. If you look at January, February and March, we had 14 percent working from office. Later, as the second wave hit us, it dwindled to 2-3 percent.”

Computer hardware company Acer India said the responsibility and maturity with which its team tackled the new normal was a testament to its work culture. 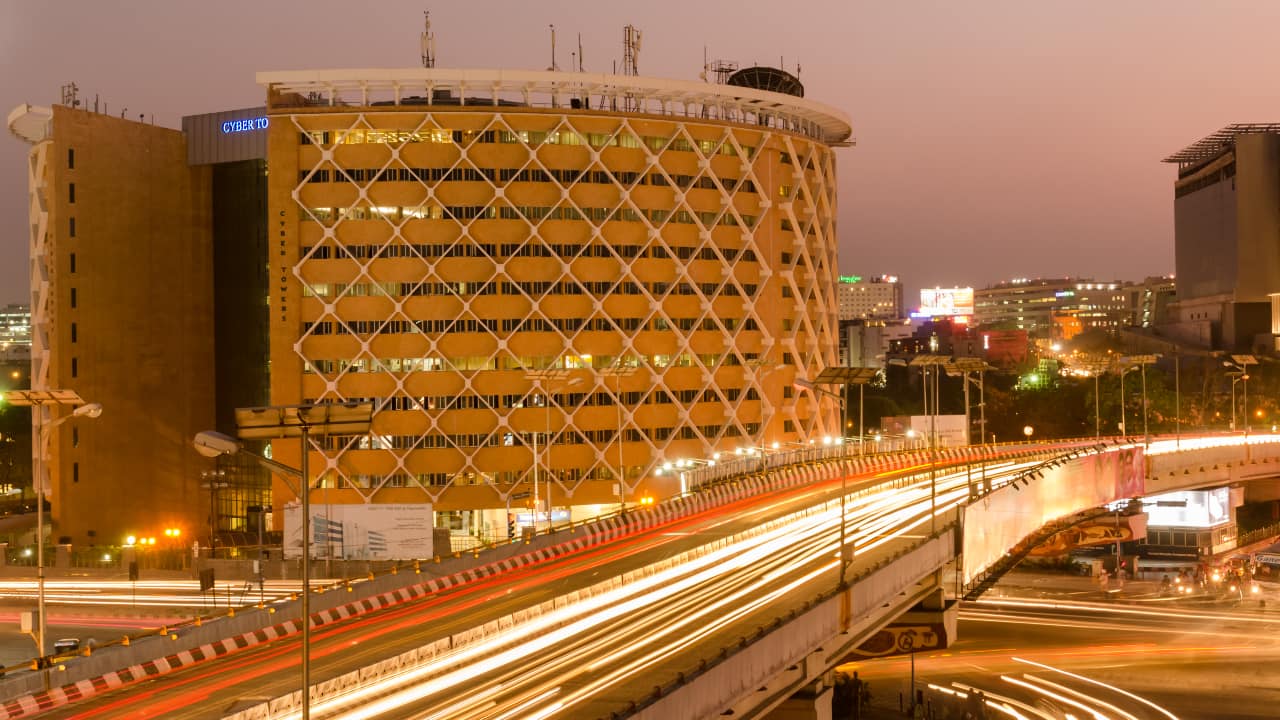 “For employees, the positives are that there is a clear distinction between workplace and a home. They are also able to collaborate and make use of organizations’ resources better and generally decisions gets made faster. A hybrid model will serve better than either,” Acer India’s chief business officer Sudhir Goel said.

Infopercept Consulting, which deals with cybersecurity, said it plans to continue with WFH for the foreseeable future.

“We will hold consultations with employees and team leaders and take a call about working from home or office when the situation returns to normal,” Infopercept CEO Jaydeep Ruparelia said.

Non-governmental organisations, too, have been affected, and among those embracing the hybrid model is The/Nudge Foundation, which works against social and economic inequities in India, and recently received a grant from US philanthropist MacKenzie Scott and her husband Dan Jewett.

“Even with the number of cases reducing and restrictions being lifted, there is no concerted effort to bring employees back to office at The/Nudge,” Atul Mishra, a director at The/Nudge Foundation, told Moneycontrol. “With the right mix of technology, events and focus on transparent communication, we are committed to making a hybrid model of working yield desirable results.”

While IT companies decide on their options, it’s a different matter for housing, real estate businesses and property consultants.

According to Anuj Puri, chairman of ANAROCK Property Consultants, real estate is and always will be a people business.

“WFH works very well for certain types of businesses, while it has limitations for others. There is no one-size-fits-all answer – it depends on the type of business being conducted. The latest technologies provide interesting alternatives in many scenarios, but at the end of the day, we expect the return to the workplace to translate into a more than satisfactory bottom line,” Puri told Moneycontrol. He added that he supports the hybrid model. An aerial view of India's financial capital Mumbai at night prior to COVID-19. (PC-Shutterstock)

Tripathi of N+1 Capital also favours WFO, saying it’s the best option for her and her team.

“Speaking principally for N+1 Capital, WFO is the best option considering the financial, deep discussions/analysis and large cheques to be given out. In my view, even in the post-COVID future, a shorter week/selective day format of work from office will be the norm,” Tripathi said.

Amid expectations that offices may open in July-September, there is scepticism over the availability of vaccines. The government has said that it expects the entire adult population to be vaccinated by the end of 2021.

Vaccination is a key factor and even as companies consider the hybrid model of work should they decide to open in the months ahead, it may still take another year before they can function with full strength.

N+1 Capital’s Tripathi said that not meeting colleagues in person has taken some of the spark out of work. Acer India’s Goel noted that employees are looking forward to return to the office, assured that the company is taking care of their safety with vaccines and other measures.

The future of offices

As companies get ready to welcome employees back to offices, there is speculation over what the new normal will be like. What’s certain is that COVID-19 protocols will need to be implemented – social distancing, sanitisation and minimum physical interactions. However, this may discourage some employees, who may prefer to work from home instead of a stifling office environment. 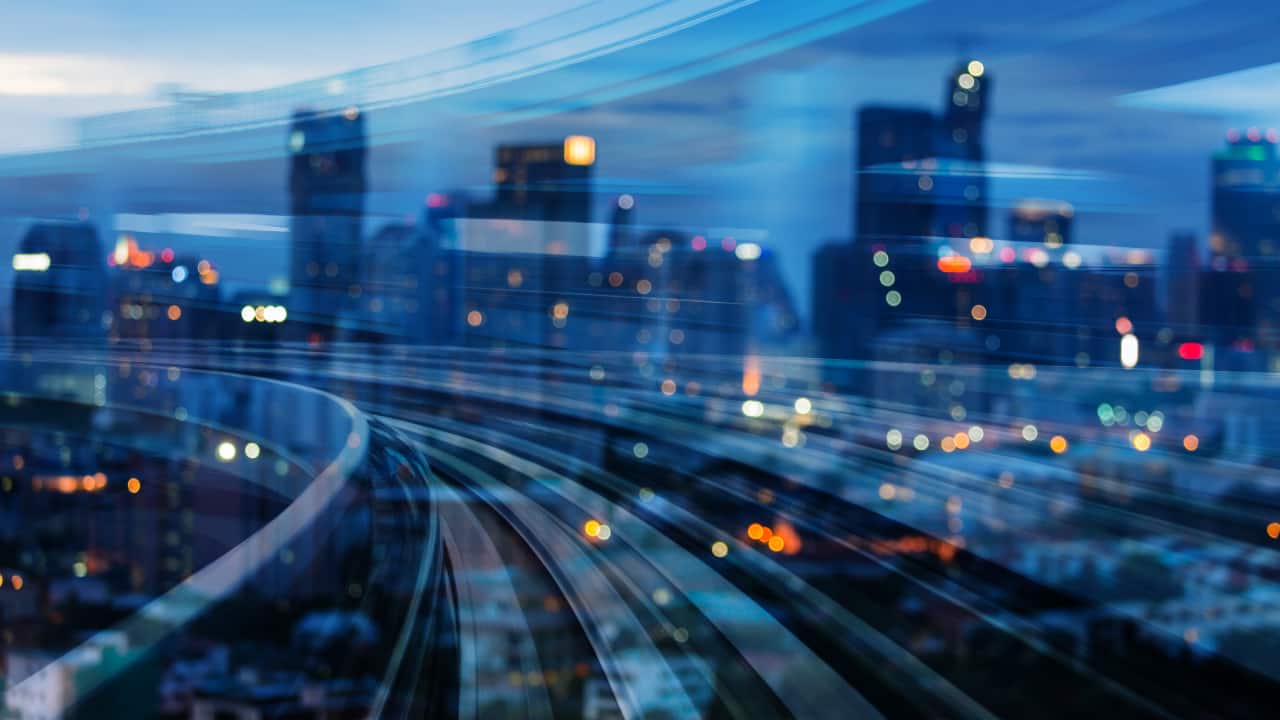 Despite decline in COVID-19 cases and vaccinations, the future of offices post pandemic would be way different than expected. (PC-Shutterstock)

Working from office will also entail an increase in spending for companies on renting space, hiring temporary staff, and internet and electricity bills. The positive side of going back to the office, however, would include getting an environment to meet clients without disruptions and spaces for brainstorming, which could result in improved productivity.

Given the pros and cons of WFH and WFO, what’s next for companies and their employees? Will business return to normal? There are several questions with no specific answers. Companies and employees have to wait and watch – the experience could be different for each. One thing is clear: the office environment will not be the same again.