Maintain reduce rating for USL with target at Rs 2230: CIMB

CIMB is expecting a contraction in the margins of the company going ahead and does not see any significant improvement over the next two-three years.

CIMB Equities maintains its reduce rating on United Spirits with a target price of Rs 2,230 per share, despite the company’s proposal for monetisation of its surplus assets.

The liquor maker reported a net loss of Rs 55.6 crore in the quarter ended June 2014 as against profit of Rs 118.13 crore in same quarter last year on account of exceptional loss.

Speaking to CNBC-TV18, Varun Lohchab, Regional Head of Consumer, Cimb Equities says USL’s monetization of surplus assets is a positive development but the company could have also monetized its IPL team and United Breweries stake.

CIMB is expecting a contraction in the margins of the company going ahead and does not see any significant improvement over the next two-three years. 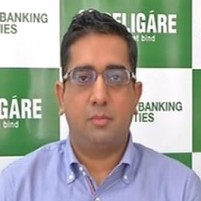 Q: What is your view on USL now post the announcements yesterday?

A: Our view remains unchanged. We have kept our reduce rating and have also maintained our target price at Rs 2,230.

In terms of operational improvement, it seems to be a long drawn process, which is given the way margins are shaping up, in fact they are still contracting on a year-on-year (Y-o-Y) basis and all of us are expecting a significant improvement over the next two-three years. So from an earnings point of view there are clearly more downside risks than upside risks given the way margins are shaping up.

In terms of some of the steps that they management is taking, they are clearly positive in our view, if you look at monetisation of some of the surplus assets or even agreements, arrangements with the Diageo group companies to manufacture or distribute their products into India. But we don't believe any of those things will be able to impact the financials in a material way over the next two-three years.

See monetisation of surplus assets especially if they do UBL stake sale maybe Royal Challengers team and all, that could bring down debt a bit and could have a higher impact on earnings compared to the Diageo tie-ups. That is more like a strategic tie-up and in terms of impact on financials we don't see anything significant over next two-three years from that arrangement.

Q: There are some analysts who believe that now they will be manufacturing and distributing Diageo’s products and that at least puts an end to the fear that USL could have maybe just become a distribution arm of Diageo, is that your point as well, will that issue get resolved?

A: Earlier, it was only that they were doing distribution of Diageo India's product. Now in some of their global brands of Diageo they will be doing both manufacturing and distribution. But we need to see whether they only get the manufacturing margins, because distribution margins we know what is the range like.

Even manufacturing margins I doubt would be highly lucrative. So we need to get into the details but it is a right step, it clearly adds some value to USL but to expect anything in terms of numbers over next two-three years, which is material, given the size of the company’s business, is quite big and the drag on margins in the core business is so high we believe to expect anything material from that over next two-three years would be difficult.

A: Basically Q1 is historically the highest margin quarter so I will not read too much into Q-o-Q performance but Y-o-Y is more, gives you a correct picture. Having said that, the current margins of around 7 percent in the last 1-2 quarters, last quarter was even lower, this quarter is around 7 percent - is mainly due to negative operating leverage because revenues are not growing at all.

I will not get too worried as long as absolute increase in cost on employees and other expenses are not very high, which is the case.

There is nothing alarming on the cost side, it is just the revenues are not coming and therefore, margins are not coming through, but also gross margin improvement is still not visible.

The thesis for everyone, EBITDA margins are going to 14-15 percent at least over next two-three years whereas they are still hovering around 7 percent, which means there has to be a material improvement in margin trajectory from here to be anywhere close to estimates of analysts.

The risks to estimates are still on the downside even if topline starts to come through, I doubt EBITDA margins can go to those levels unless you start to see gross margin improvement for which either you need to play very strongly or some moderation in prices.

I will not get overly worried on this quarter’s margins because there is a significant negative operating leverage particularly in this quarter. But having said that, at the same time you are not seeing the improvement this everybody is building in into the future.

Q: What is your recommendation on the stock? I heard you mention earlier that you have a reduce rating but what is the call now?

A: We have maintained our reduce rating with a target price of Rs 2,230.