Based on the open interest future percentage, a long build-up was seen in 113 stocks including ABB India, Astral, Honeywell Automation, Dixon Technologies, and ONGC.

Bulls retained their stronghold over Dalal Street for a third consecutive session on May 30, backed by positive global cues and buying across sectors barring pharma. The volatility also cooled down below the 20 mark, supporting stability in the market.

"A long bull candle was formed on the daily chart with a gap-up opening. Technically, this action indicates an upside breakout of the consolidation pattern at 16,400 levels. This is a positive indication and signals more upside for the short term," Nagaraj Shetti, Technical Research Analyst at HDFC Securities said.

He further said the sharp upside bounces after minor consolidation over the last two weeks, formation of higher bottoms and slowing down of sharp weakness are all pointing towards a probable bottom reversal for the Nifty at the swing low of 15,735 (May 12).

As per this pattern, any downward correction from here is going to be short lived and could be a buy-on-dips opportunity for the near term. The next upside levels to be watched are 16,900-17,000 levels, the market expert said.

The broader space outperformed benchmark indices as the Nifty Midcap 100 index gained 2.4 percent and Smallcap 100 index rose 3 percent on strong breadth. About three shares advanced for every falling share on the NSE.

Nifty Bank participated in run-up but underperformed broader space, rising 214 points to 35,827 on Monday. The important pivot level, which will act as crucial support for the index, is placed at 35,689, followed by 35,551. On the upside, key resistance levels are placed at 36,024 and 36,222 levels.

Maximum Call open interest of 20.92 lakh contracts was seen at 17,000 strike, which will act as a crucial resistance level in the June series.

Maximum Put open interest of 33.12 lakh contracts was seen at 16,000 strike, which will act as a crucial support level in the June series. 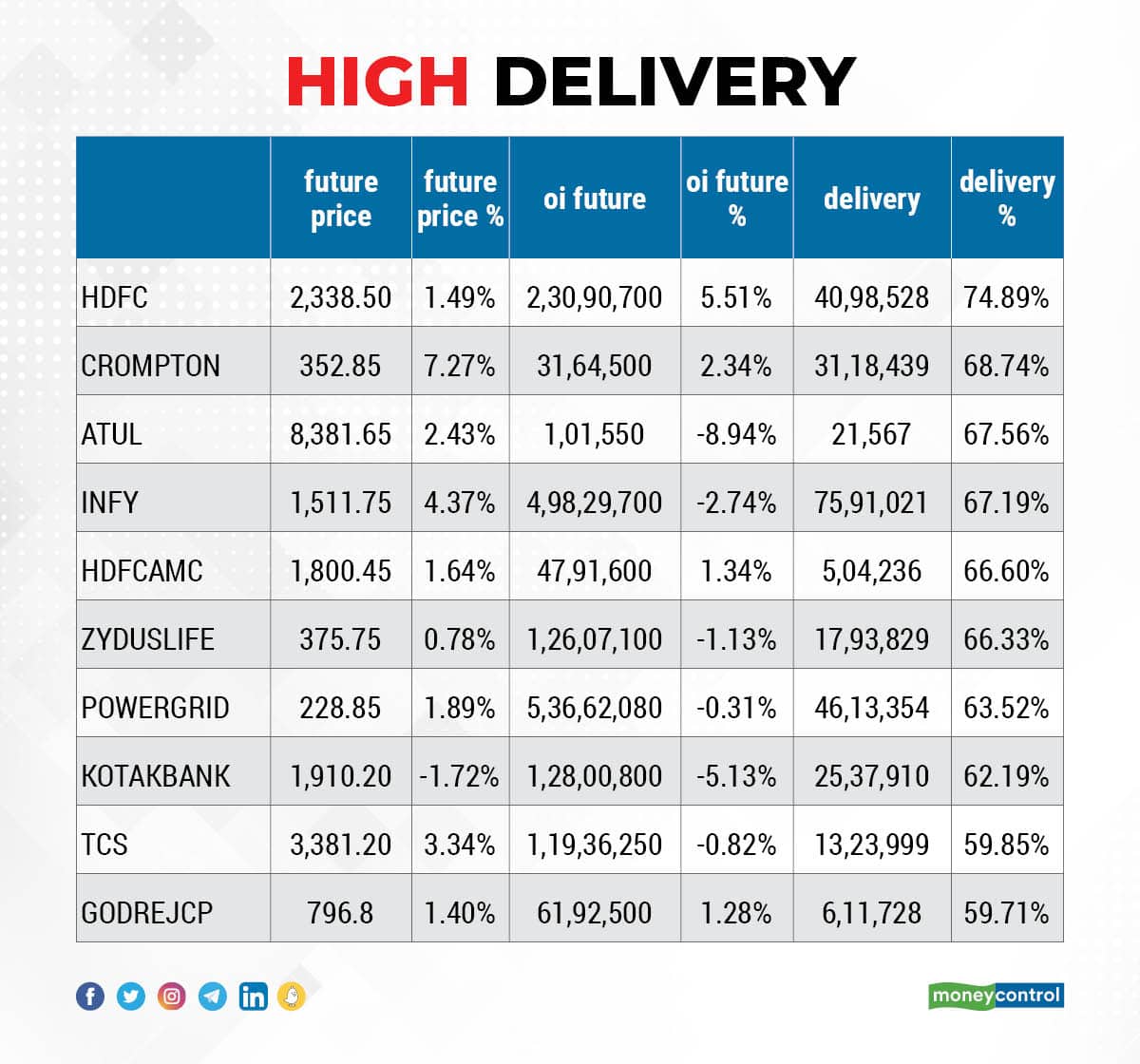 An increase in open interest, along with an increase in price, mostly indicates a build-up of long positions. Based on the open interest future percentage, here are the top 10 stocks including ABB India, Astral, Honeywell Automation, Dixon Technologies, and ONGC, in which a long build-up was seen. A decline in open interest, along with a decrease in price, mostly indicates a long unwinding. Based on the open interest future percentage, here are the two stocks - Kotak Mahindra Bank, and Dr Reddy's Laboratories - in which long unwinding was seen.

An increase in open interest, along with a decrease in price, mostly indicates a build-up of short positions. Based on the open interest future percentage, here are the top 10 stocks including Ipca Laboratories, JSW Steel, Ashok Leyland, NMDC, and Jindal Steel & Power, in which a short build-up was seen. 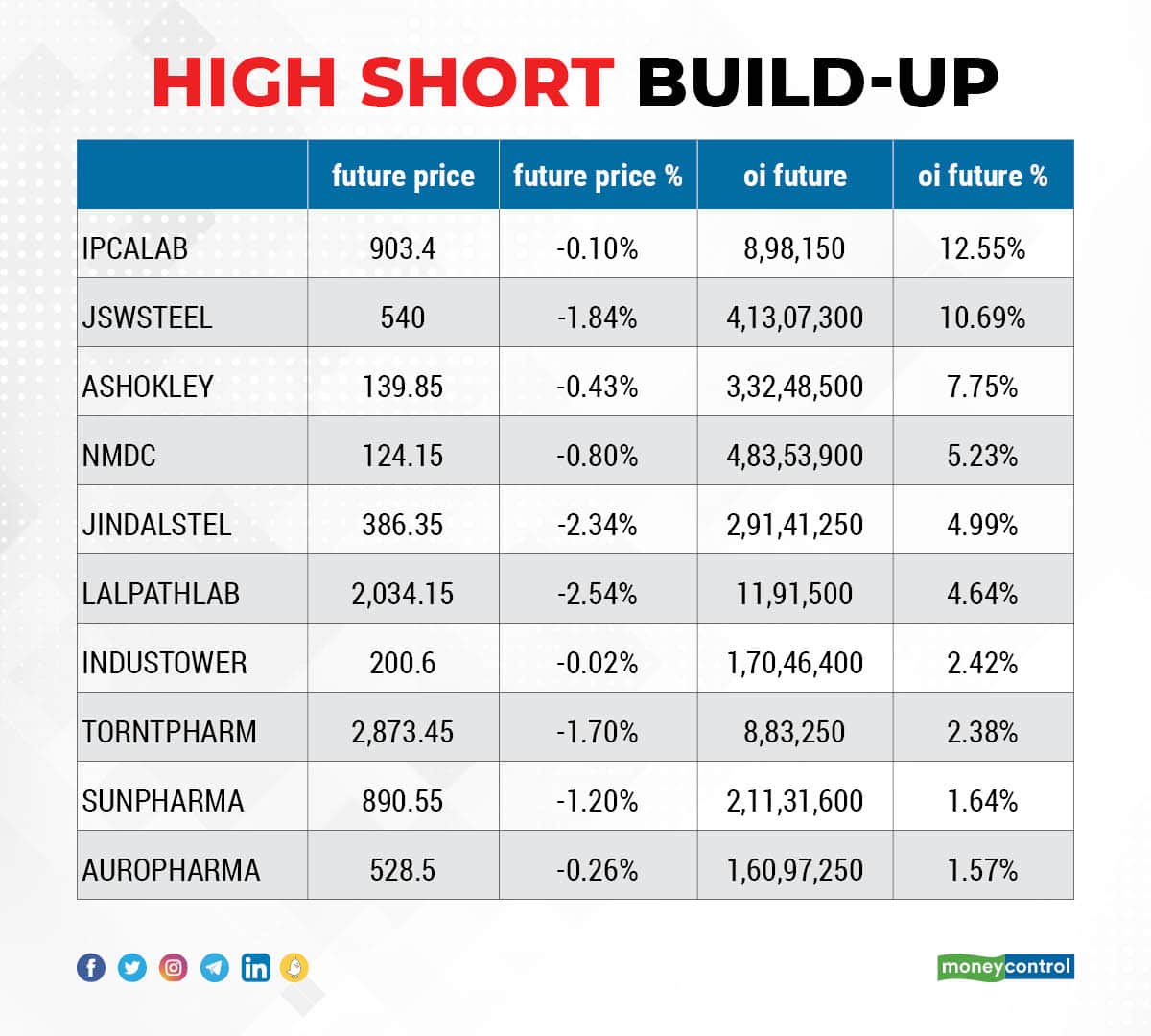 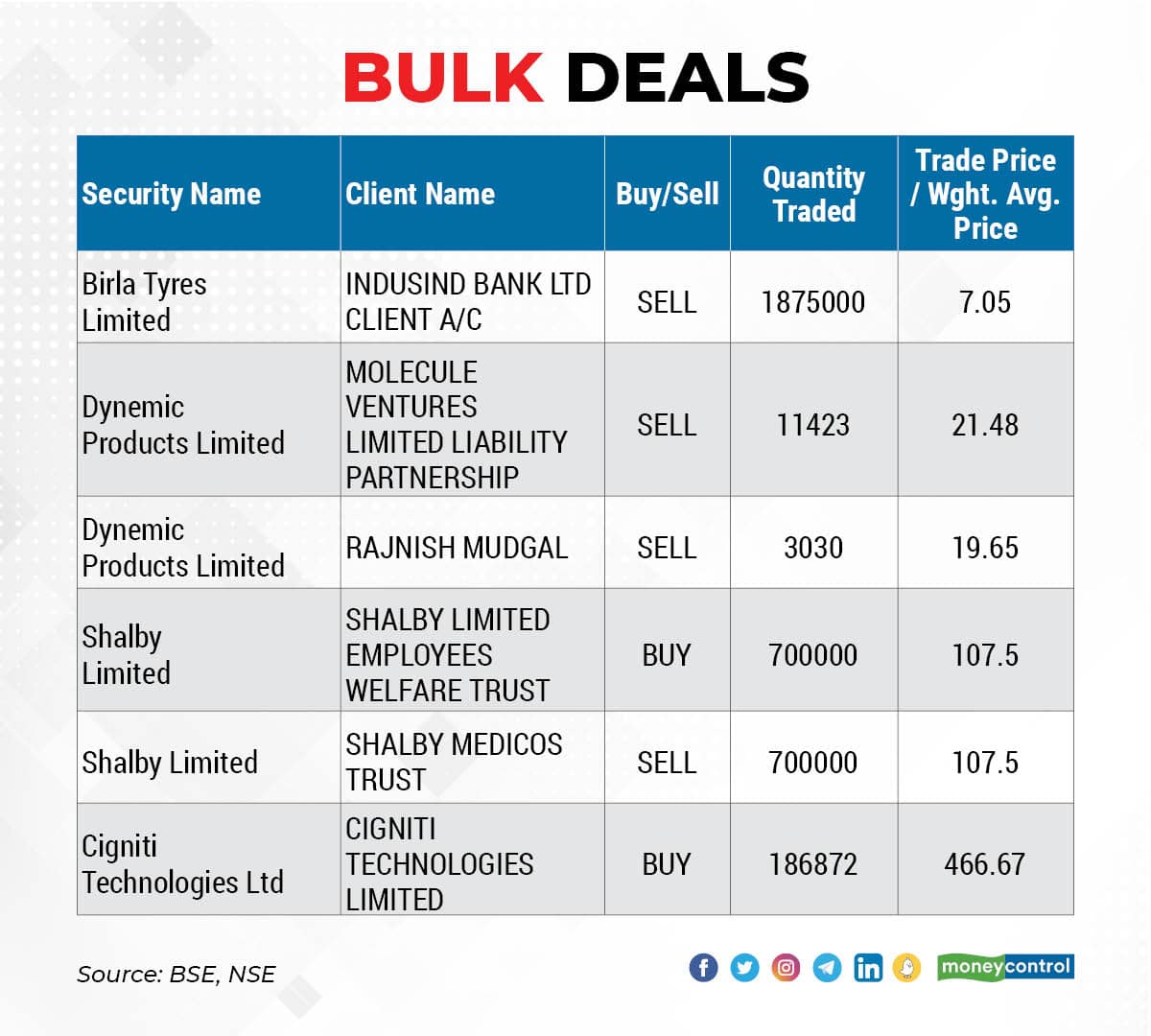 Investors Meetings on May 31

Life Insurance Corporation of India: The country's largest life insurance company recorded an 18 percent year-on-year decline in profit at Rs 2,371.55 crore for the quarter ended March 2022. However, net premium income rose by 18.2 percent to Rs 1,43,746 crore during the same period.

Dilip Buildcon: The company posted loss of Rs 41.09 crore for March 2022 quarter against profit of Rs 186.2 crore in the corresponding period last year, impacted by operating loss and lower topline. Revenue declined 15 percent YoY to Rs 2,663.7 crore in Q4FY22. The company appointed Sanjay Kumar Bansal as Chief Financial Officer in place of Radhey Shyam Garg, who has been designated as President - Finance.

Lemon Tree Hotels: The company has signed a Licence Agreement for a 40-room hotel at Chirang, Assam under its brand 'Keys Select, by Lemon Tree Hotels'. The hotel is expected to be operational by June 2026. Subsidiary Carnation Hotels Private Limited will be operating this hotel.

The National Stock Exchange has not put any stock under its F&O ban segment for May 31. Securities in the ban period under the F&O segment include companies in which the security has crossed 95 percent of the market-wide position limit.

Disclaimer: The views and investment tips expressed by investment experts on Moneycontrol.com are their own and not those of the website or its management. Moneycontrol.com advises users to check with certified experts before taking any investment decisions.
Sunil Shankar Matkar
Tags: #Market Cues #Market Edge #Nifty #Sensex #Trade Setup #video
first published: May 30, 2022 10:06 pm