Based on the open interest future percentage, here are the 105 stocks including JK Cement, Nippon Life India Asset Management, United Breweries, Cummins India, and Atul, in which a short build-up was seen.

The market extended losses for the second straight session and fell more than 1 percent on April 25, as increasing COVID-led lockdown fear in China and hawkish commentary of Fed officials dampened sentiment.

The benchmark indices erased all previous two days' gains in the following two sessions (last Friday, and Monday). The BSE Sensex corrected 617 points to 56,580, while the Nifty50 plunged 218 points to 16,954 and formed yet another bearish candle on the daily charts.

"A small negative candle was formed on the daily chart with minor upper and lower shadows. Technically, this pattern signals a formation of a high wave-type candle pattern, which indicates high volatility in the market. Normally, such formations after a reasonable decline or near the crucial supports more often act as a reversal pattern," said Nagaraj Shetti, Technical Research Analyst at HDFC Securities.

Shetti further said Nifty is currently placed at the support of the previous swing low of April 19 and 200-day EMA (exponential moving average) around 16,850 levels. "The lower end of crucial Doji pattern of weekly chart of last week is placed at 16,850 levels and the market has witnessed a reasonable upside bounce from these levels in the recent past. Hence, there is a possibility of buying emerging from near 16,800 levels," the analyst added.

Bank Nifty fared much better than broader space as buying in private banks helped the index close 38 points higher at 36,082 on April 25. The important pivot level, which will act as crucial support for the index, is placed at 35,639, followed by 35,196. On the upside, key resistance levels are placed at 36,398 and 36,713 levels.

Maximum Call open interest of 82.3 lakh contracts was seen at 17,800 strike, which will act as a crucial resistance level in the April series.

Maximum Put open interest of 61.79 lakh contracts was seen at 16,000 strike, which will act as a crucial support level in the April series.

A high delivery percentage suggests that investors are showing interest in these stocks. The highest delivery was seen in Infosys, ABB India, Page Industries, Syngene International, and TCS, among others. 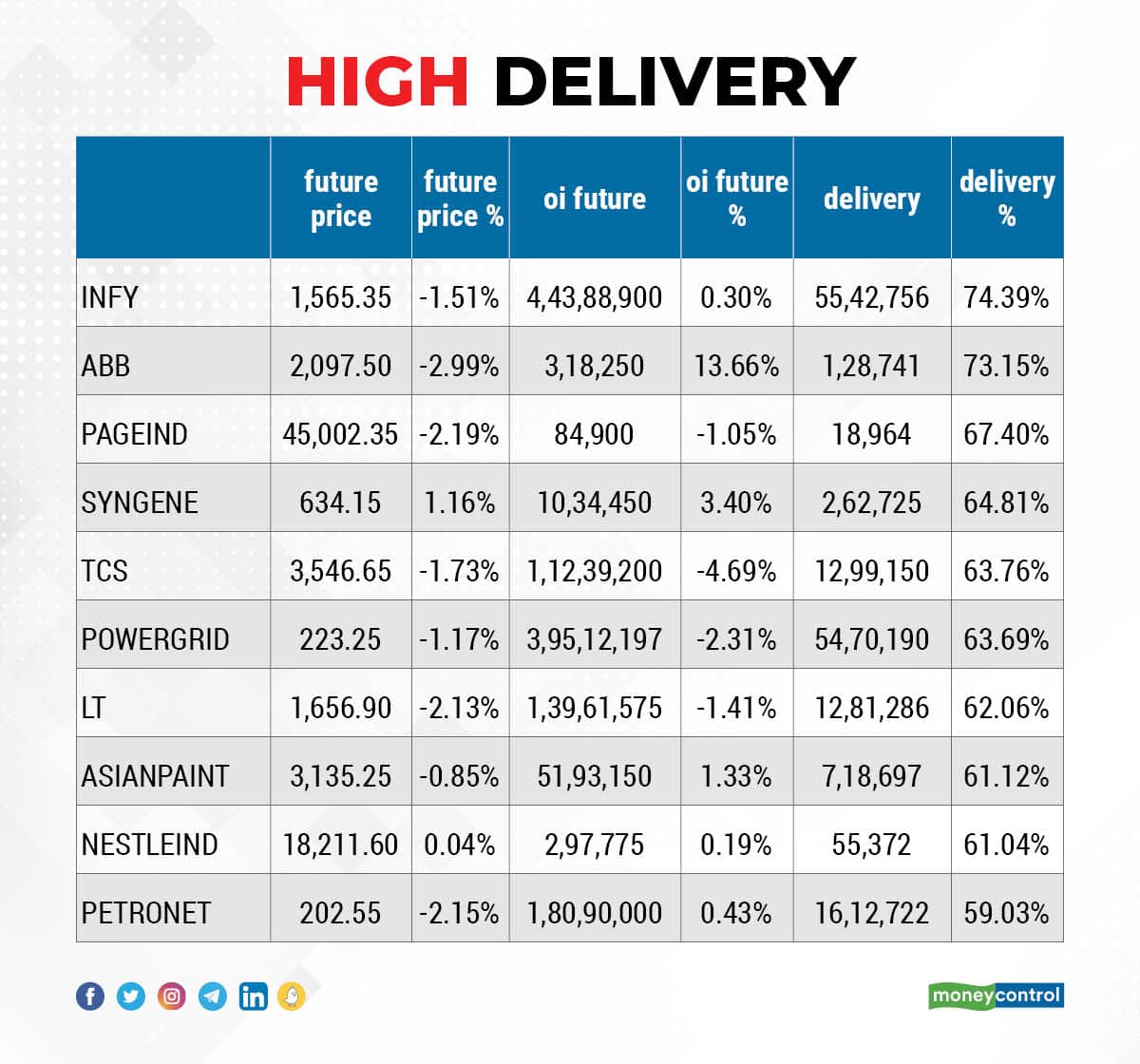 An increase in open interest, along with an increase in price, mostly indicates a build-up of long positions. Based on the open interest future percentage, here are the top 10 stocks including Bank Nifty, AU Small Finance Bank, Escorts, Ambuja Cements, and Intellect Design Arena, in which a long build-up was seen. A decline in open interest, along with a decrease in price, mostly indicates a long unwinding. Based on the open interest future percentage, here are the top 10 stocks including Nifty Financial, Pfizer, IndiaMART InterMESH, Chambal Fertilizers, and Coal India, in which long unwinding was seen. An increase in open interest, along with a decrease in price, mostly indicates a build-up of short positions. Based on the open interest future percentage, here are the top 10 stocks including JK Cement, Nippon Life India Asset Management, United Breweries, Cummins India, and Atul, in which a short build-up was seen. A decrease in open interest, along with an increase in price, mostly indicates a short-covering. Based on the open interest future percentage, here are the top 10 stocks including Dixon Technologies, Dr Lal PathLabs, Gujarat Gas, Polycab India, and Bajaj Auto, in which short-covering was seen. 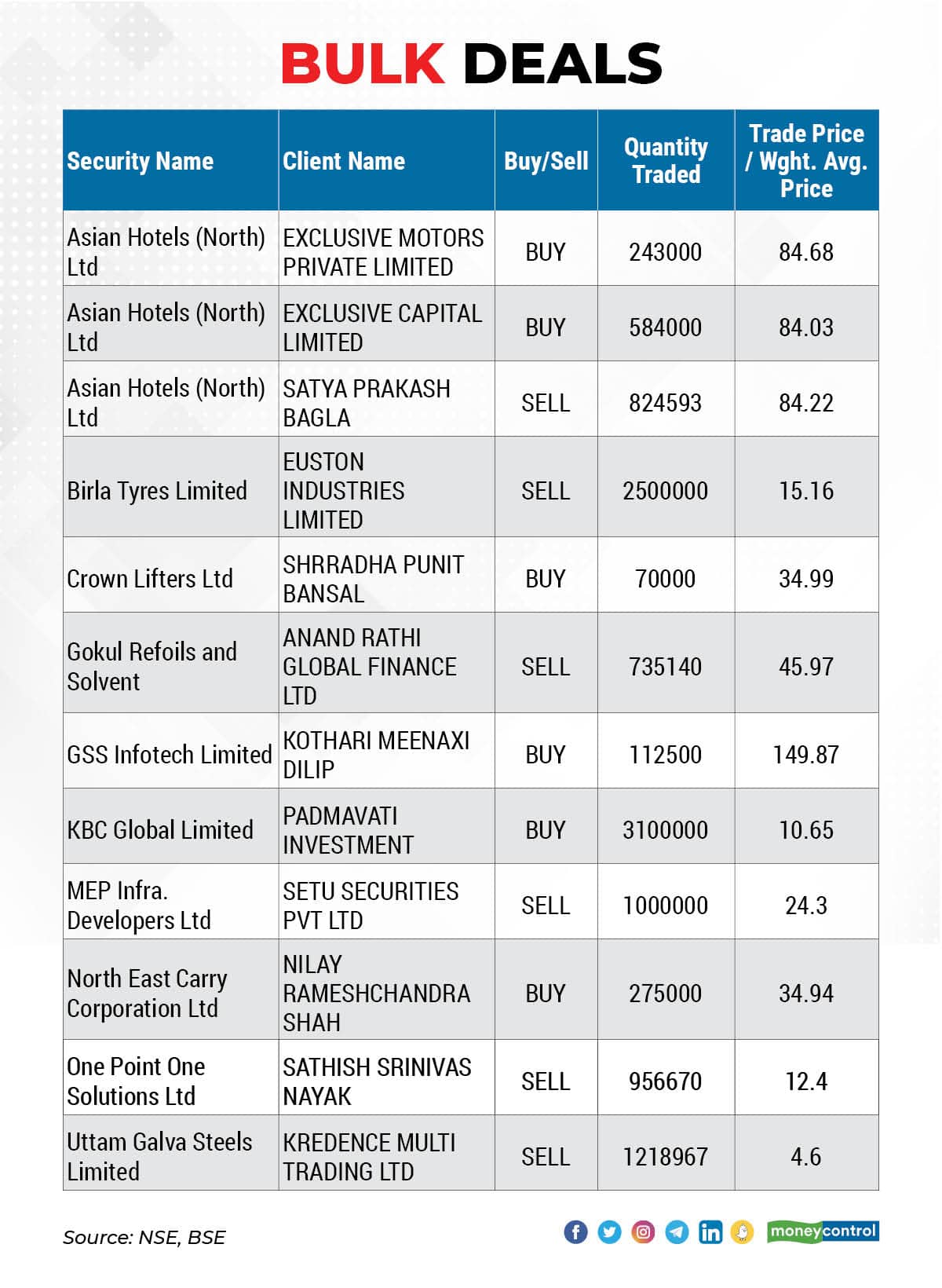 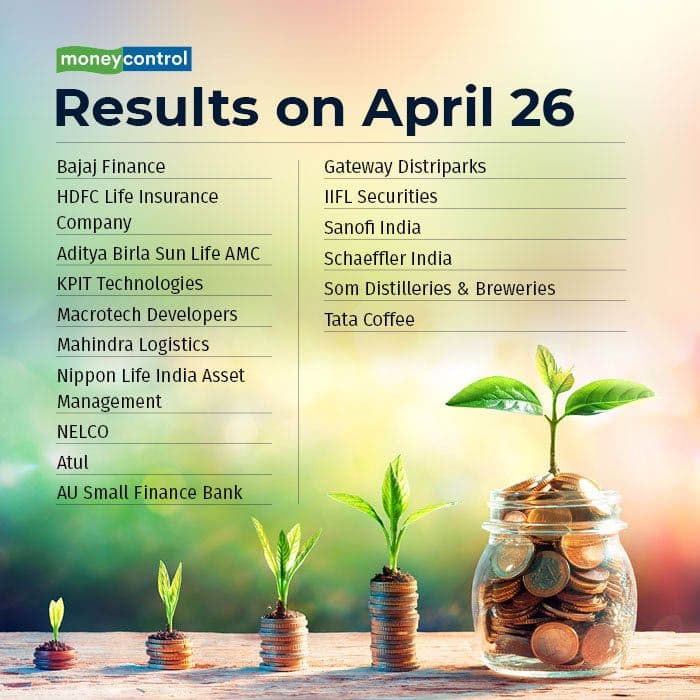 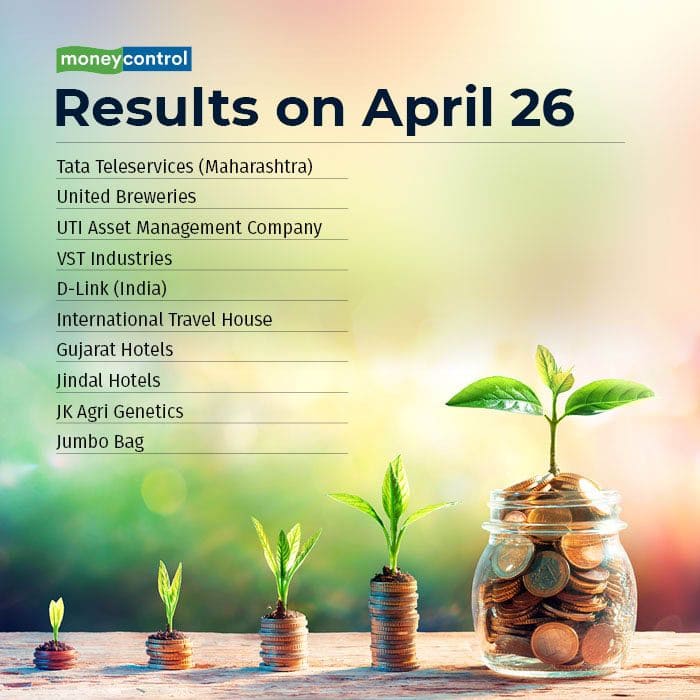 Lemon Tree Hotels: The company has signed a License Agreement for a 60 room hotel at Kharar, near Chandigarh under the brand 'Lemon Tree Hotel'. The hotel is expected to be operational by November, 2025. Its subsidiary Carnation Hotels will be operating and marketing this hotel.

Aarti Industries: Life Insurance Corporation of India acquired additional 2.24 lakh equity shares in the company via open market transactions on April 22. With this, LIC's stake in the company stands increased to 5.03 percent, up from 4.97 percent earlier.

The Ruby Mills: The company has repaid its entire term loans and all unsecured loans of Rs 145 crore.

Not a single stock is under the F&O ban for April 26. Securities in the ban period under the F&O segment include companies in which the security has crossed 95 percent of the market-wide position limit.