A sharp follow-through weakness is going to be crucial to confirm short-term top formation in the market, say analysts.

The market snapped a three-day winning streak and fell sharply amid selling pressure across sectors on November 25, especially after hitting a fresh record high intraday, ahead of the expiry of November futures and options contracts on November 26.

"A long negative candle was formed from the new highs and that has engulfed the high low range of previous two sessions. This pattern could be considered as a Bearish Engulfing pattern. Hence, this market action could indicate a reversal type formation at the highs and this needs to be confirmed with more weakness," Nagaraj Shetti, Technical Research Analyst at HDFC Securities, told Moneycontrol.

"A sharp follow-through weakness is going to be crucial to confirm short term top formation in the market. The Nifty sustaining at the immediate support at 12,800 levels in the next 1-2 sessions could open chances of upside bounce in the market and also more upside in the near term," he said.

Maximum Call open interest of 48.98 lakh contracts was seen at 13,500 strike, which will act as crucial resistance level in the November series.

Maximum Put open interest of 39.41 lakh contracts was seen at 12,800 strike, which will act as crucial support in the November series. 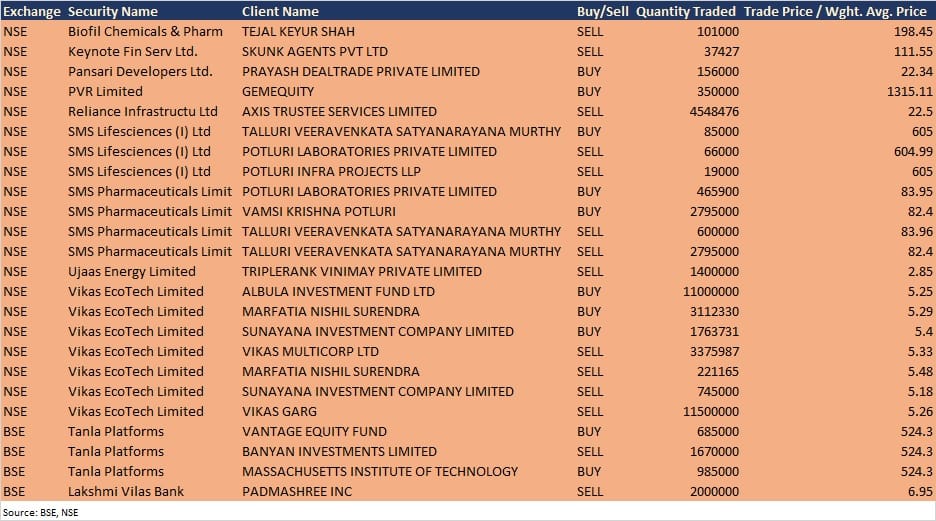 Matrimony.com: The company will be meeting investors/analysts on November 26.

Lakshmi Vilas Bank: The bank will be merged with DBS Bank India with effect from November 27, and its shares will be written off and de-listed from same date. Hence, its moratorium will now be lifted on November 27 against December 16 earlier.