If the Nifty trades below 17,050 for even 30 minutes on May 2, it can revisit the recent corrective swing low of 16,800 levels, Mazhar Mohammad of Chartviewindia has said

The market squandered the day’s again in the last hour of trade to end lower on April 29, with benchmark indices losing around 1.5 percent from the day's peak to settle eight-tenth of a percent lower.

In the next trading session, "if the Nifty trades below 17,050 levels for at least 30 minutes then it may revisit the recent corrective swing low of 16,800 levels," Mazhar Mohammad, Founder & Chief Market Strategist at Chartviewindia said.

A sustainable rally should not be expected until the close above 17,400. Considering the volatility, it would be prudent to avoid index bets, the market analyst said.

Maximum Call open interest of 19.08 lakh contracts was seen at 18,000 strike, which will act as a crucial resistance level in the May series.

Maximum Put open interest of 35.01 lakh contracts was seen at 16,000 strike, which will act as a crucial support level in the May series.

A high delivery percentage suggests that investors are showing interest in these stocks. The highest delivery was seen in Petronet LNG, Ipca Laboratories, Crompton Greaves Consumer Electricals, Tech Mahindra, and Infosys among others. 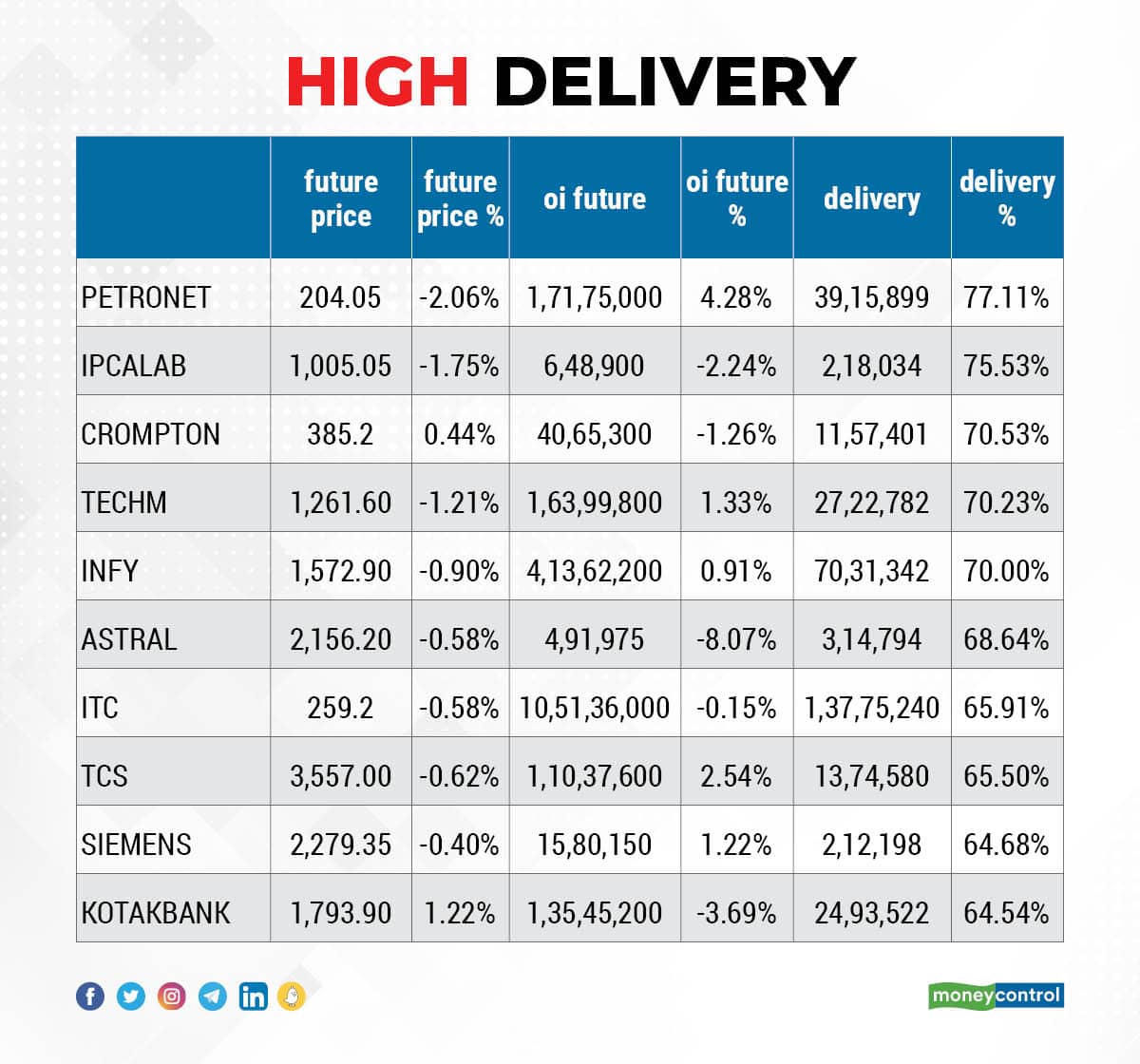 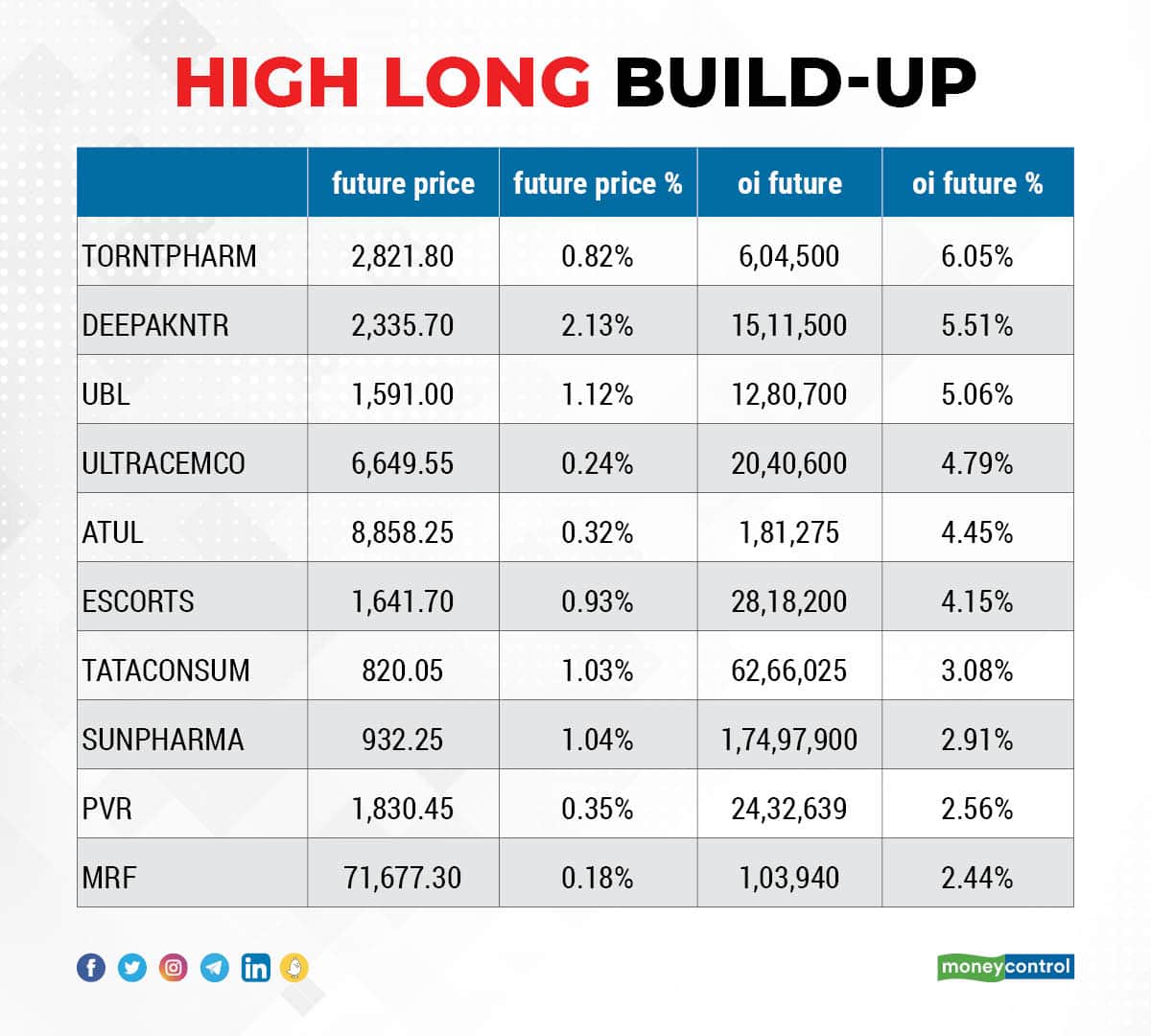 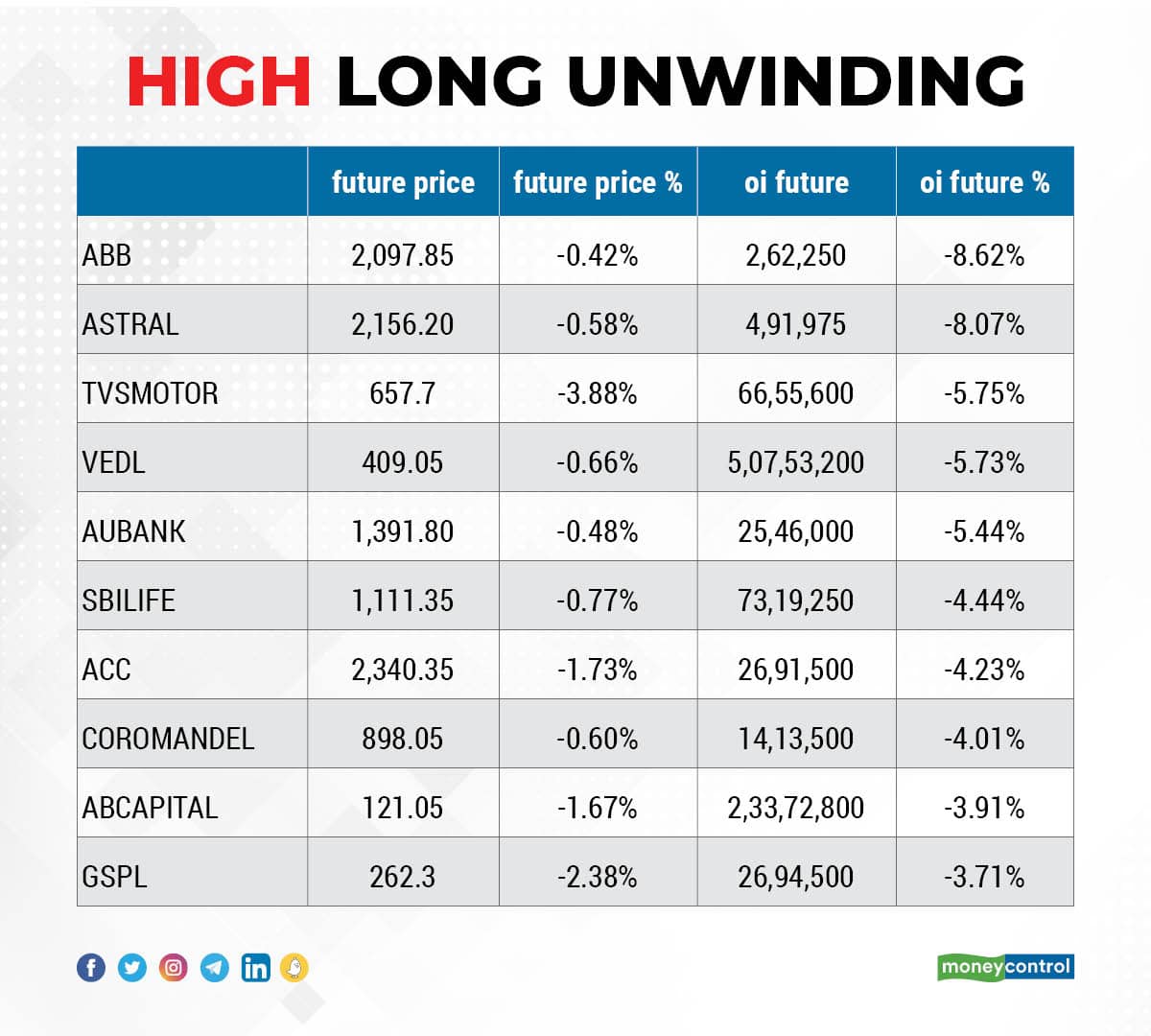 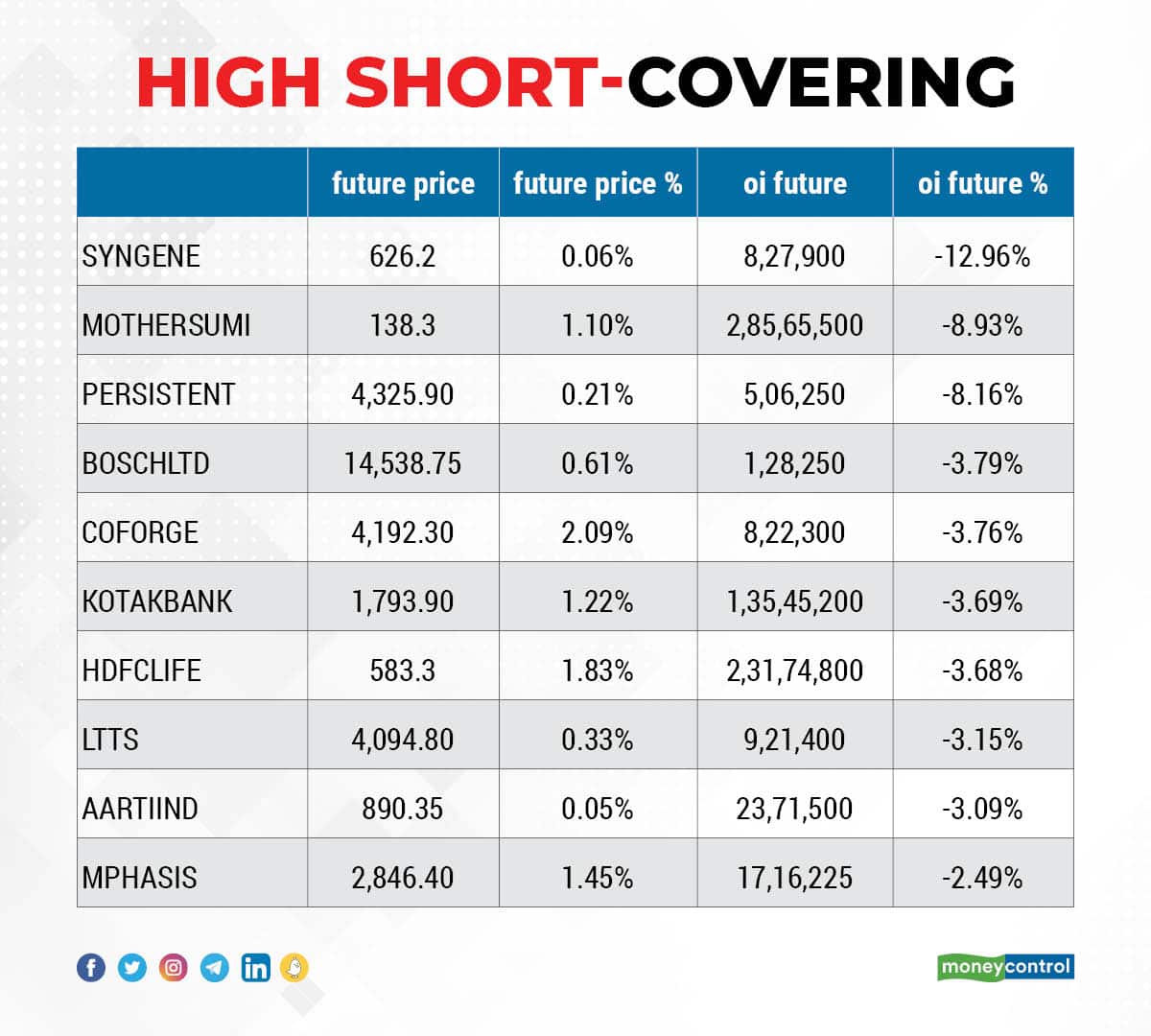 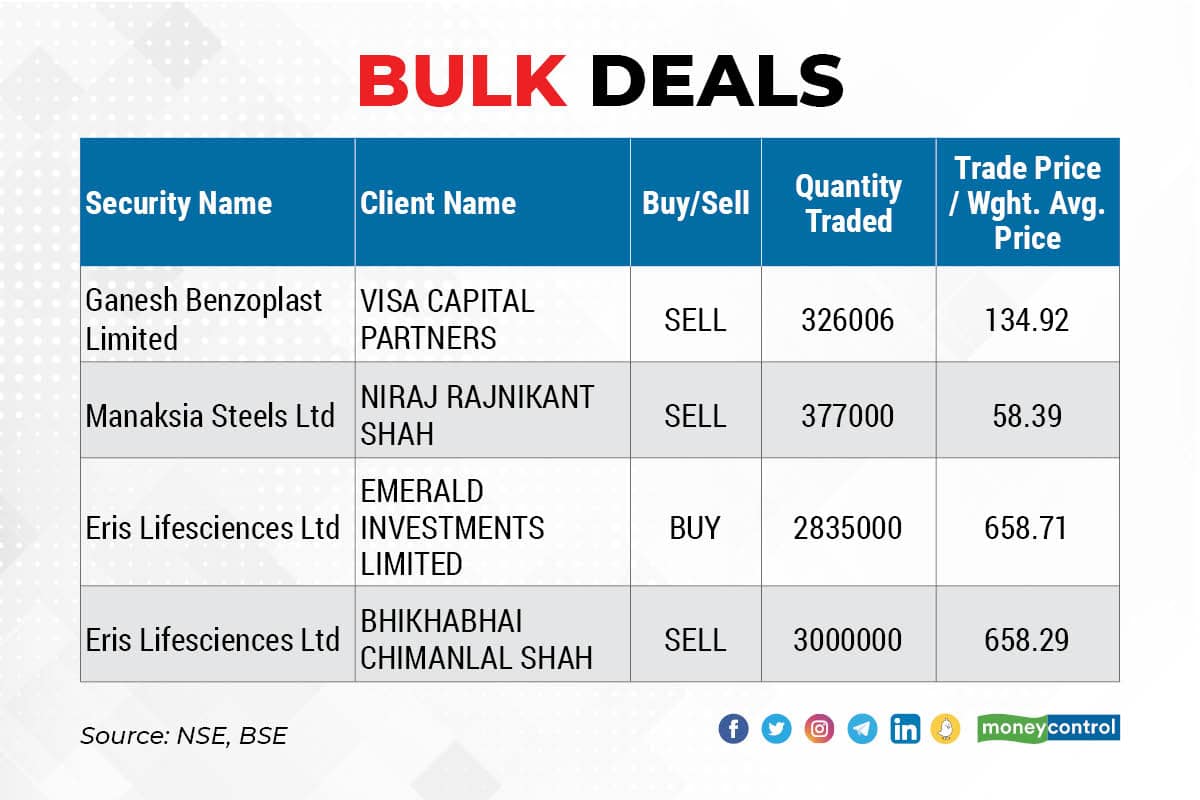 Usha Martin: The company clocked a 60.1 percent year-on-year growth in consolidated profit at Rs 108.7 crore in Q4FY22 driven by subsidy of Rs 31.18 crore from the Jharkhand government, and topline. Revenue during the quarter grew by 17.4 percent to Rs 766.56 crore YoY.

GHCL: The company clocked a healthy 144 percent year-on-year growth in Q4FY22 profit at Rs 271.3 crore despite rising input cost, led by strong topline and operating income. Revenue during the quarter grew by 77 percent to Rs 1,273.3 crore compared to the year-ago period.

Just Dial: The local search engine company recorded a 34 percent year-on-year decline in profit at Rs 22.1 crore for the quarter ended March 2022 hit by lower topline and operating loss. Revenue from operations stood at Rs 166.7 crore for the quarter, down 5.1 percent compared to the year-ago period but total traffic of unique visitors) for the quarter at 144.8 million grew by 12.2 percent YoY and total active listings at 31.9 million increased by 4.9 percent YoY, while active paid campaigns at the end of the quarter stood at 4,61,495, which rose by 0.9 percent YoY.

As we are at the beginning of the May series, the NSE has not put any stock under the F&O ban for May 2. Securities in the ban period under the F&O segment include companies in which the security has crossed 95 percent of the market-wide position limit.