The Indian benchmark indices ended lower on all the three sessions of the holiday curtailed week, with the Nifty slipping below 17,500 on April 13. Soaring inflation, elevated oil prices and correction in banking, financial services and auto stocks weighed on the market on April 13.

The Sensex declined 237 points to 58,339, while the Nifty fell 55 points to 17,476 and formed bearish candles on the daily as well as weekly charts. The Nifty declined 1.7 percent during the week.

"On the daily charts, the index tested its 20-day simple moving average (SMA--17,471) in the last two trading sessions. It is critical that the index stays above 17,440 (around the week's low) on a closing basis to retain sideways bias," Mazhar Mohammad, Founder & Chief Market Strategist at Chartviewindia said.

A sideway consolidation is expected as long as the Nifty defends 17,400, while a close above 17,663 can be considered as an initial sign of strength in the near term, Mohammad said. It would be prudent to remain neutral on the long side till some signs of strength are visible.

In the broader space, the Nifty midcap 100 index declined 0.03 percent and the smallcap 100 gained 0.2 percent on April 13 but both indices lost more than 1 percent during the week.

Note: The open interest (OI) and volume data of stocks given are the aggregate of three-month data and not of the current month only.

Maximum Call open interest of 29.73 lakh contracts was seen at 18,000 strike, which will act as a crucial resistance level in the April series.

A high delivery percentage suggests that investors are showing interest in these stocks. The highest delivery was seen in Honeywell Automation, Navin Fluorine International, Colgate Palmolive, ICICI Bank and Crompton Greaves Consumer Electricals among others. 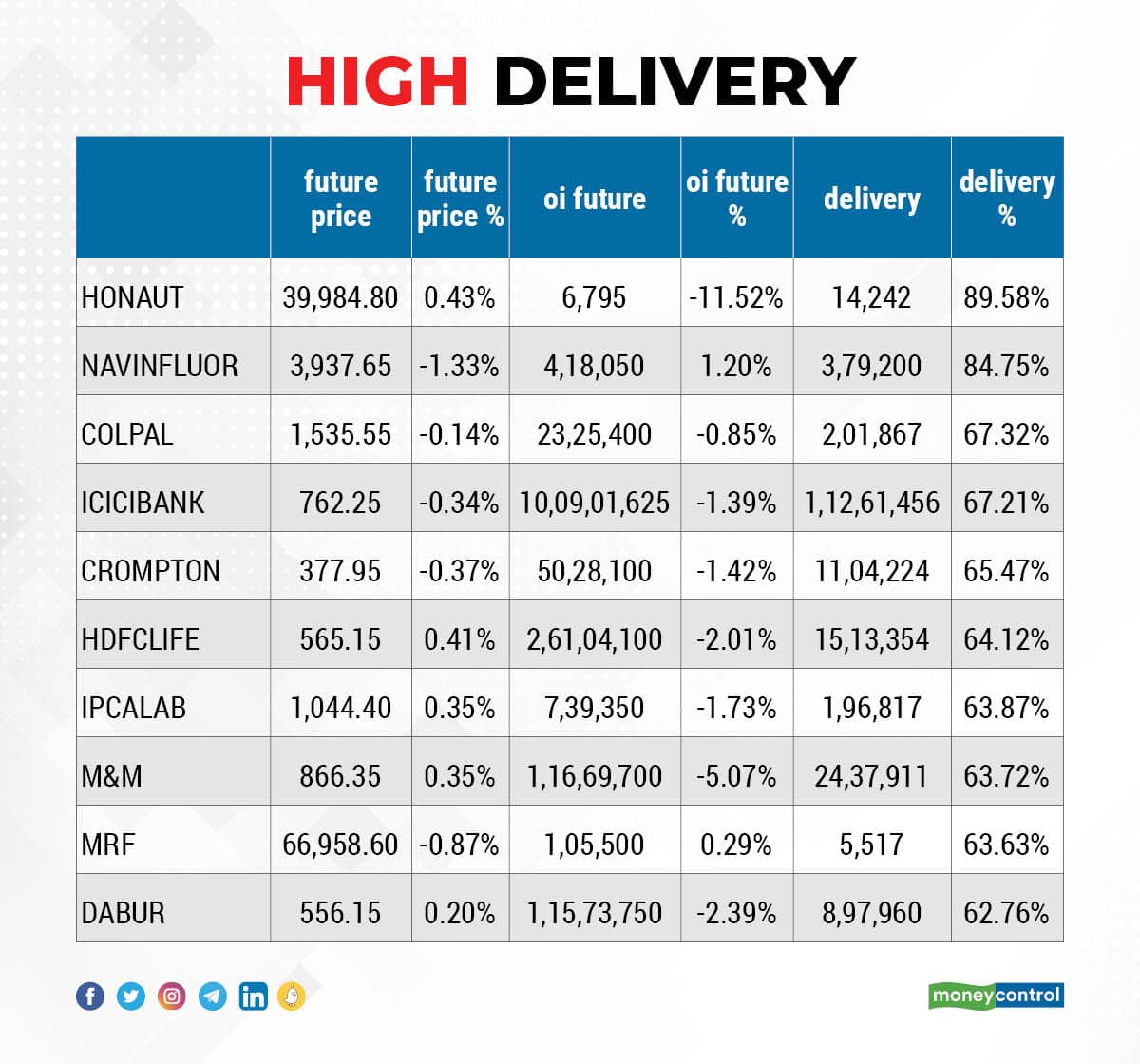 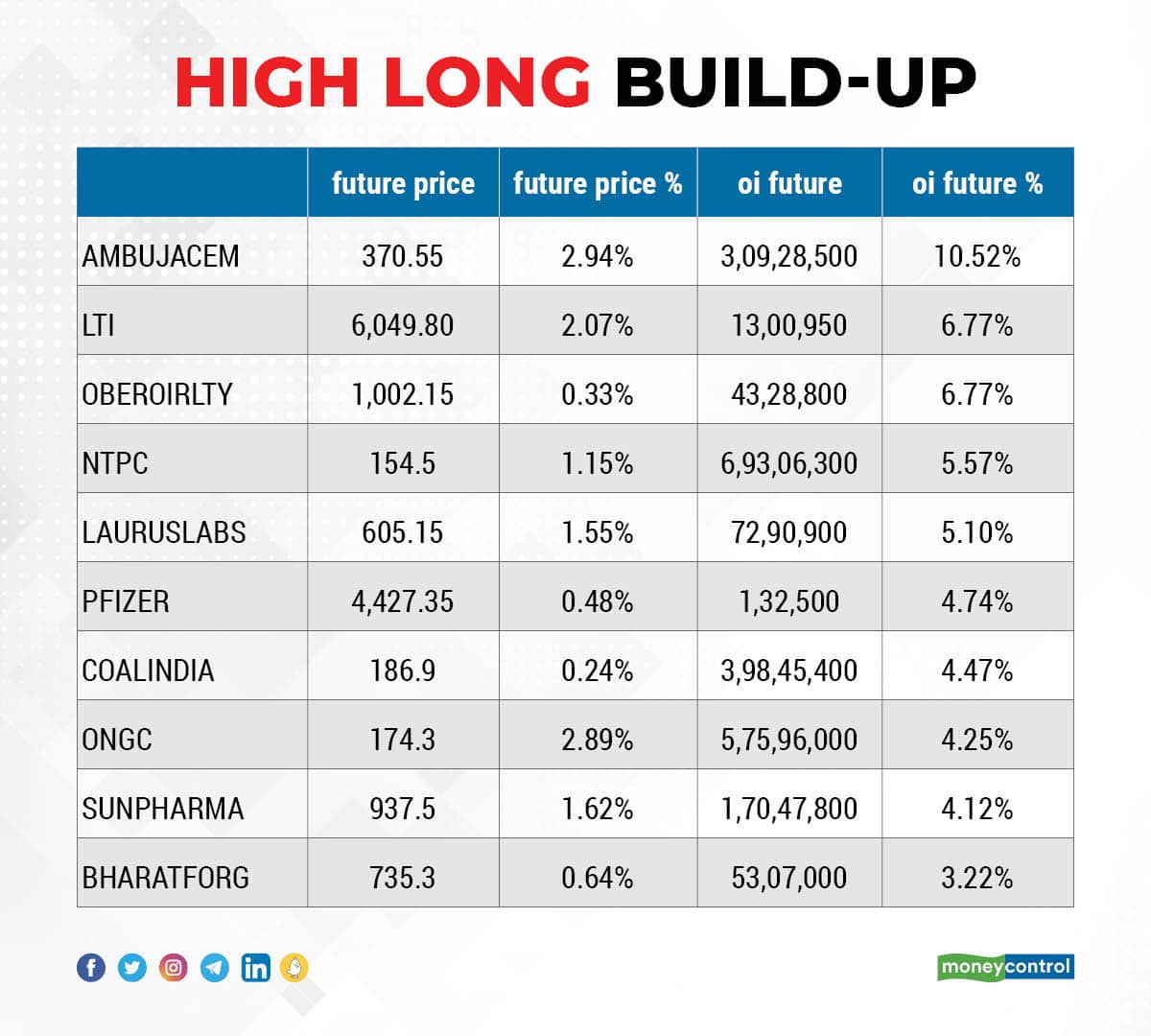 An increase in open interest, along with a decrease in price, mostly indicates a build-up of short positions. Based on the open interest future percentage, following are the top 10 stocks in which a short build-up was seen: 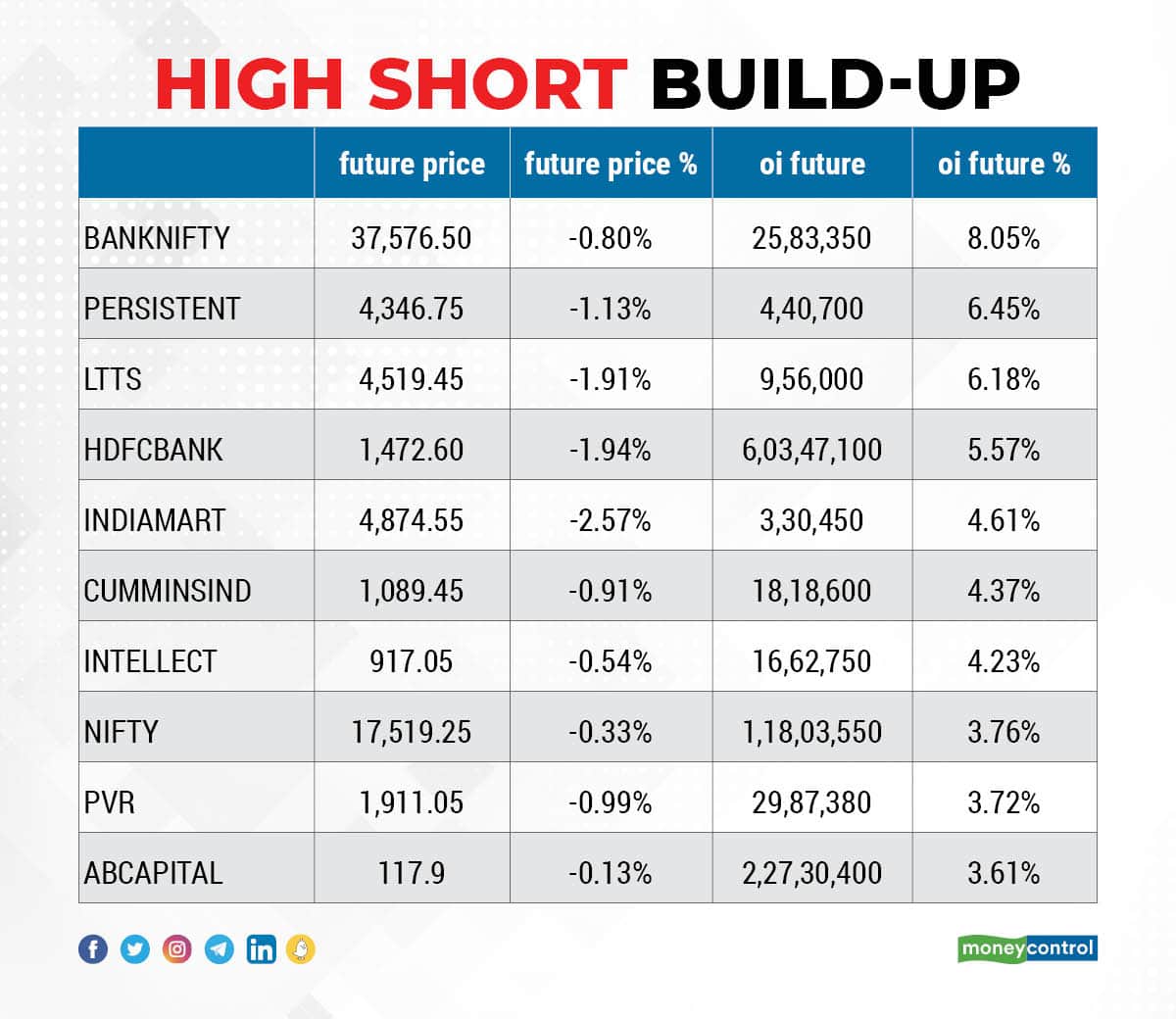 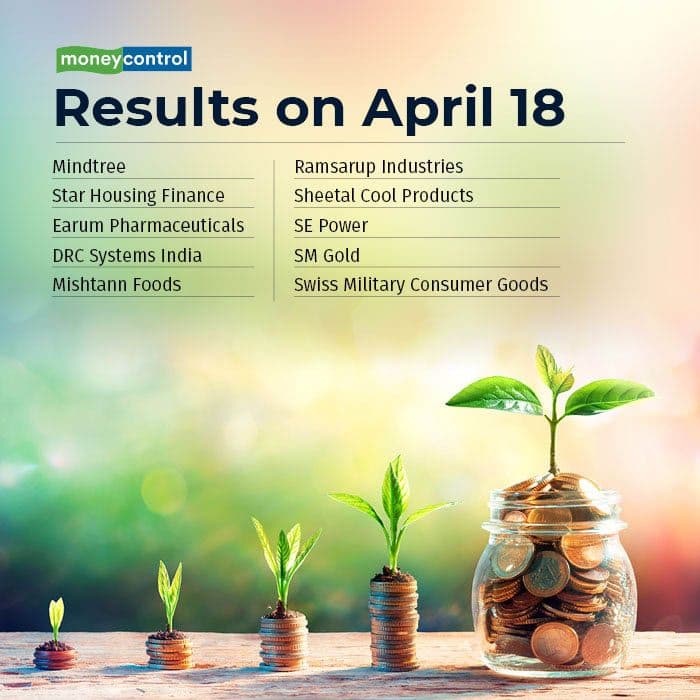 Infosys: The country's second-largest IT services company recorded lower-than-expected earnings growth in March 2022 quarter, with profit falling 2.1 percent sequentially to Rs 5,686 crore on lower-than-expected revenue growth (up 1.3 percent QoQ) and a fall in operating margin, and dollar revenue growth of seven-tenth of a percent QoQ at $4,280 million. However, the revenue growth guidance for the current financial year at 13-15 percent over the previous year exceeded analysts' expectations, with operating profit margin forecast in the range of 21-23 percent.

Windlas Biotech: The company received a certificate of good manufacturing practices (GMP) from the South African Health Products Regulatory Authority. The company had undergone an inspection-audit during September 20-29, 2021. Windlas can now start manufacturing and sell its products in South Africa market. The company also received zero critical observations for its plant-IV at Dehradun after European Union GMP inspection carried out by the National Institute of Pharmacy and Nutrition, Hungary during April 11-13.

UltraTech Cement: Its UAE subsidiary, UltraTech Cement Middle East Investments (UCMEIL), has picked up a 29.39 percent stake in RAK Cement Company for White Cement and Construction Materials PSC (RAKWCT), a listed entity on Abu Dhabi and Kuwait stock exchanges. This is a strategic investment and the acquisition cost will be $101.1 million.

Alkem Laboratories: The pharma company's Taloja unit has been cleared by the US health regulator as the unit has not received “Form 483” after inspection. The US FDA inspected the company's bioequivalence centre at Taloja in Maharashtra during April 11-14.

Tata Power: BlackRock Real Assets, together with Mubadala, will invest Rs 4,000 crore ($525 million) for a 10.53 percent stake in the company's subsidiary Tata Power Renewables. The investment has taken a base equity valuation of the subsidiary to Rs 34,000 crore.

Mahindra & Mahindra: The company has hiked the price of its vehicles by 2.5 percent. The price revision is a result of a continuous increase in prices of key commodities such as steel, aluminium and palladium, the company said.

Jubilant Ingrevia: The company has received CDMO contract worth Rs 270 crore in specialty chemicals business from an "international customer". The contract is for three years. The company will supply two key GMP intermediates for one of the “patented drugs” of the innovator pharmaceutical customer. Commercial supplies of both these products will start from FY23. One stock—RBL Bank—is under the F&O ban for April 18. Securities in the ban period under the F&O segment include companies in which the security has crossed 95 percent of the market-wide position limit.

Disclaimer: The views and investment tips expressed by experts on Moneycontrol.com are their own and not those of the website or its management. Moneycontrol.com advises users to check with certified experts before taking any investment decisions.
Sunil Shankar Matkar
Tags: #Market Cues #Market Edge #Nifty #Sensex #Trade Setup #video
first published: Apr 17, 2022 08:31 pm