Based on the open interest future percentage, here are the 35 stocks in which a long build-up was seen including Container Corporation of India, Atul, PVR, MCX India, and Intellect Design Arena.

It was yet another consolidation day for the market on March 25 with the Nifty50 closing lower but strongly held its crucial support 17,000 mark as well as 200-day moving average (17,036) for sixth consecutive session, indicating the positive bias likely to remain.

IT, FMCG, pharma, and select banking & financials and auto stocks weighed down the market, whereas the buying in Reliance Industries capped downside.

The BSE Sensex fell 233 points to 57,362, while the Nifty50 shed 70 points to 17,153 and formed bearish candle on the daily as well as weekly charts. It corrected 0.8 percent for the week after 6.4 percent rally in previous two straight weeks.

"The Nifty50 appears to be in a consolidation mode, after two consecutive strong closes on weekly charts, as the trading range for the current week remained only 435 points," said Mazhar Mohammad, Founder & Chief Market Strategist at Chartviewindia.

As long as the Nifty doesn't go below the psychological support of 17,000, which coincides with the 200-day moving average, the probability of the resumption of upswing remains high, though it will be confirmed on a close above 17,450 levels.

For the time, for long positions, a close below 17,000 can be the better stop-loss, Mohammad said.

Maximum Call open interest of 79.39 lakh contracts was seen at 18,000 strike, which will act as a crucial resistance level in the March series.

Maximum Put open interest of 72.83 lakh contracts was seen at 16,000 strike, which will act as a crucial support level in the March series.

A high delivery percentage suggests that investors are showing interest in these stocks. The highest delivery was seen in Muthoot Finance, Abbott India, Honeywell Automation, ICICI Lombard General Insurance Company, and Alkem Laboratories among others on Friday. An increase in open interest, along with an increase in price, mostly indicates a build-up of long positions. Based on the open interest future percentage, here are the top 10 stocks in which a long build-up was seen including Container Corporation of India, Atul, PVR, MCX India, and Intellect Design Arena. A decline in open interest, along with a decrease in price, mostly indicates a long unwinding. Based on the open interest future percentage, here are the top 10 stocks in which long unwinding was seen including Balrampur Chini Mills, Voltas, Nifty Financial, Chambal Fertilizers, and Firstsource Solutions. An increase in open interest, along with a decrease in price, mostly indicates a build-up of short positions. Based on the open interest future percentage, here are the top 10 stocks in which a short build-up was seen including Indus Towers, GNFC, Escorts, Torrent Pharma, and Crompton Greaves Consumer Electricals. A decrease in open interest, along with an increase in price, mostly indicates a short-covering. Based on the open interest future percentage, here are the top 10 stocks in which short-covering was seen including L&T Finance Holdings, Delta Corp, Biocon, Dr Reddy's Laboratories, and Havells India. 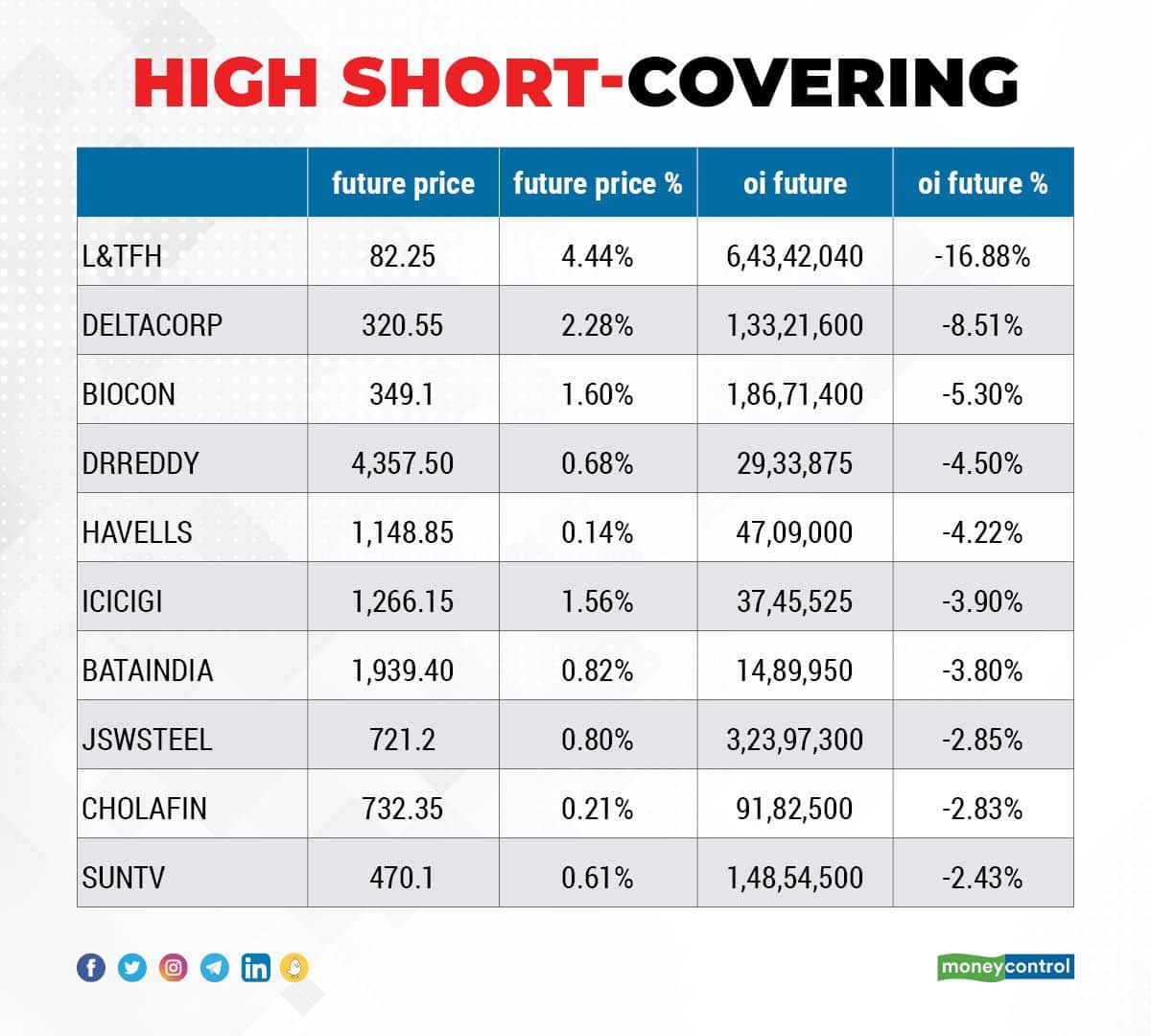 BSE: Poonawalla Constructions LLP sold 2,30,820 equity shares in the company via open market transactions. These shares were sold at an average price of Rs 891.88 per equity share. 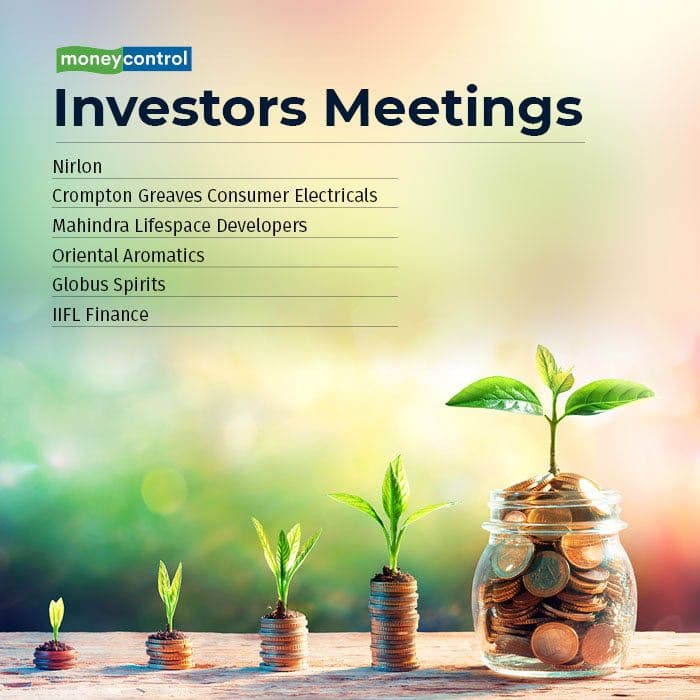 GAIL (India): The state-owned natural gas distribution company on March 31 will consider the proposal of buy back of the fully paid-up equity shares.

Bharti Airtel: The telecom operator will acquire around 4.7 percent stake in Indus Towers from Euro Pacific Securities, an affiliate of Vodafone Group Plc, at a price of Rs 187.88 per share. The total transaction cost stands at Rs 2,388.06 crore.

G R Infraprojects: The company has emerged as L-1 bidder for road project comprising upgradation to four lane with paved shoulder of NH-341 from Bhimasar to Anjar - Bhuj in Gujarat on Hybrid Annuity Mode. The bid cost of the project is Rs 1,085 crore and the said project is going to be completed within 730 days from appointed date.

Emami: The company has acquired "Dermicool", one of the leading brands in prickly heat powder and cool talc category, from Reckitt Benckiser Healthcare (India). The acquisition cost stood at Rs 432 crore which is funded through internal accruals.

Sagar Cements: The board has approved the issuance of 1,32,07,548 equity shares to PI Opportunities Fund, an affiliate of Premji Invest, an investment arm of Azim Premji's endowment and philanthropic initiatives, at an issue price of Rs 265 per share. This transaction will fetch the company Rs 350 crore which will be largely utilised towards meeting the organic and inorganic expansion plans of the company along with funding its general corporate purposes.

Five stocks - Indiabulls Housing Finance, Vodafone Idea, L&T Finance Holdings, SAIL, and Sun TV Network - are under the F&O ban for March 28. Securities in the ban period under the F&O segment include companies in which the security has crossed 95 percent of the market-wide position limit.