A further upmove in NIfty will confirm the reversal pattern and can open more upside in the coming sessions at 14,900-15,000 in the short term, Nagaraj Shetti of HDFC Securities has said.

The market rebounded sharply after five days of selling pressure and closed with gains of over a percent on March 19, driven by buying in FMCG, metals, pharma and banking & financials. A drop in oil prices also supported the market.

"A long bull candle was formed on Friday after opening lower and this pattern indicates the formation of bullish 'Piercing Line' candlestick pattern. Normally, this bullish pattern is formed at the lows and is part of short term bottom reversals. Hence, one may expect Friday's low of 14,350 to be a short-term bottom reversal," Nagaraj Shetti, Technical Research Analyst at HDFC Securities said.

“Further upmove from here could confirm reversal pattern and that could open more upside in the coming sessions at 14,900-15,000 levels in the short term. Immediate support is placed at 14,600."

The broader markets also made gains. The Nifty midcap 100 index was up 1.2 percent and the smallcap 100 index gained 0.7 percent.

Note: The open interest (OI) and volume data of stocks are aggregates of three-month data and not of the current month only.

Maximum Call open interest of 39.37 lakh contracts was seen at 15,500 strike, which will act as a crucial resistance level in the March series.

Maximum Put open interest of 41.27 lakh contracts was seen at 14,500 strike, which will act as a crucial support level in the March series.

A high delivery percentage suggests that investors are showing interest in these stocks:

Based on the open interest future percentage, here are the top 10 stocks in which a long build-up was seen.

Based on the open interest future percentage, here are the six stocks in which long unwinding was seen.

An increase in open interest, along with a decrease in price, mostly indicates a build-up of short positions. Based on the open interest future percentage, here are top 10 stocks in which a short build-up was seen. 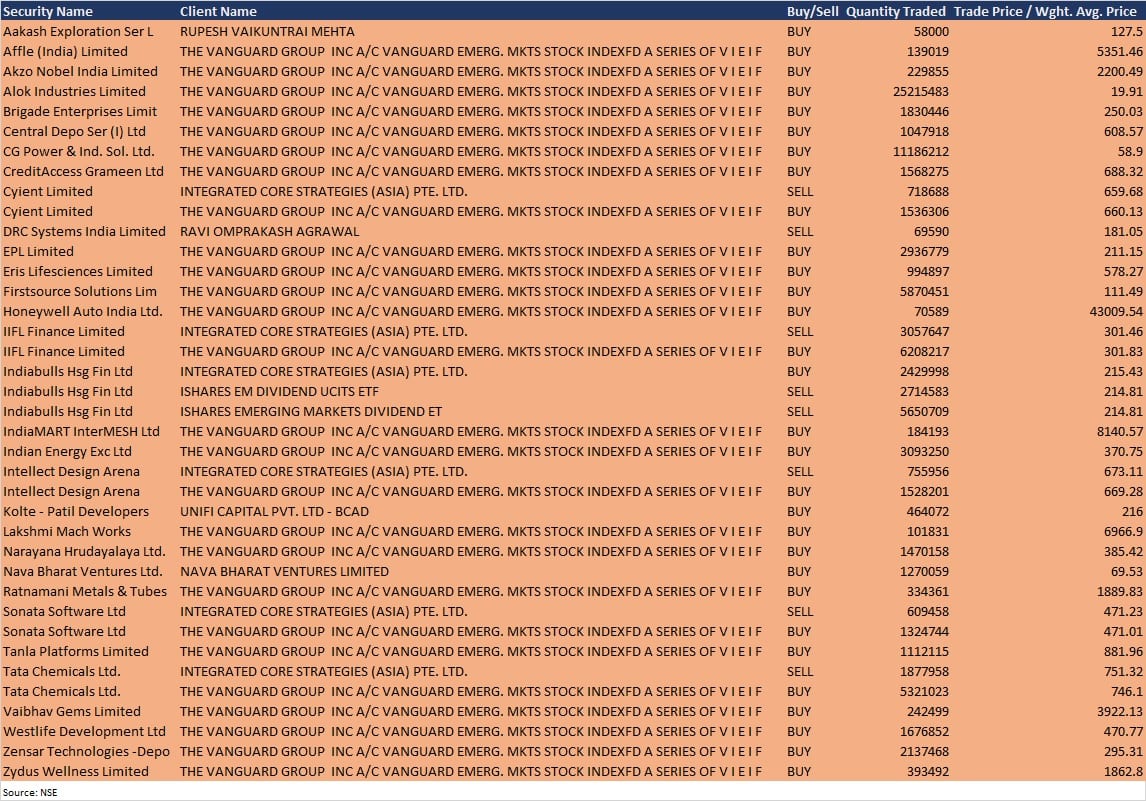 Marico: The company's officials will meet analysts and investors in a virtual conference on March 22.

City Union Bank: The bank will participate in a banking and financial services conference organised by Axis Capital on March 22.

Mindtree: The company's officials will participate in Motilal Oswal's investors' conference on March 22.

Star Cement: The company's officials will attend investors and analyst meetings on March 22 and 23 through video conferencing.

Prince Pipes and Fittings: The company is participating in 4th Ideation Conference being organised by Motilal Oswal on March 23.

Vodafone Idea and SAIL are under the F&O ban for March 22. Securities in the ban period under the F&O segment include companies in which the security has crossed 95 percent of the market-wide position limit.
Sunil Shankar Matkar
Tags: #Market Cues #Market Edge #Nifty #Sensex #Trade Setup #video
first published: Mar 21, 2021 06:22 pm