Based on the open interest future percentage, here are the 86 stocks including Voltas, ABB India, Polycab India, Birlasoft, and Dixon Technologies, in which long unwinding was seen.

The market seems to be in a complete bear trap as the benchmark indices fell more than 2 percent on May 12, dented by selling across sectors. Global growth concerns, higher-than-expected US inflation and contraction in UK economy weighed on sentiment in global counterparts including India.

The BSE Sensex plunged 1,158 points to 52,930, while the Nifty50 tanked 359 points to 15,808 - continuing downtrend for fifth consecutive session and formed bearish candle on the daily chats.

"A long bear candle was formed on the daily chart, which is indicating steep selling in the market. The short term trend of Nifty continues to be negative," said Nagaraj Shetti, Technical Research Analyst at HDFC Securities.

He feels there is a possibility of further weakness down to 15,670 and one may expect downside breakout of it in the coming sessions. However, there is a higher possibility of Nifty forming lower bottom reversal around 15,500 levels and confirmation of reversal pattern could open upside bounce in the market, Shetti said.

The Nifty Midcap 100 and Smallcap 100 indices have corrected 2.3 percent and 1.87 percent, respectively.

Maximum Call open interest of 35.29 lakh contracts was seen at 17,000 strike, which will act as a crucial resistance level in the May series.

A high delivery percentage suggests that investors are showing interest in these stocks. The highest delivery was seen in Infosys, M&M, HDFC, Bharti Airtel, and Alkem Laboratories, among others. An increase in open interest, along with an increase in price, mostly indicates a build-up of long positions. Based on the open interest future percentage, here are the five stocks - Ambuja Cements, ACC, Abbott India, Gujarat Gas, and Alkem Laboratories - in which a long build-up was seen. A decline in open interest, along with a decrease in price, mostly indicates a long unwinding. Based on the open interest future percentage, here are the top 10 stocks including Voltas, ABB India, Polycab India, Birlasoft, and Dixon Technologies, in which long unwinding was seen. An increase in open interest, along with a decrease in price, mostly indicates a build-up of short positions. Based on the open interest future percentage, here are the top 10 stocks including Punjab National Bank, L&T Technology Services, Bajaj Auto, Oracle Financial Services Software, and Siemens, in which a short build-up was seen. A decrease in open interest, along with an increase in price, mostly indicates a short-covering. Based on the open interest future percentage, here are the six stocks - Indiabulls Housing Finance, Ashok Leyland, IOC, Firstsource Solutions, Zydus Life, and Chambal Fertilizers, in which short-covering was seen. 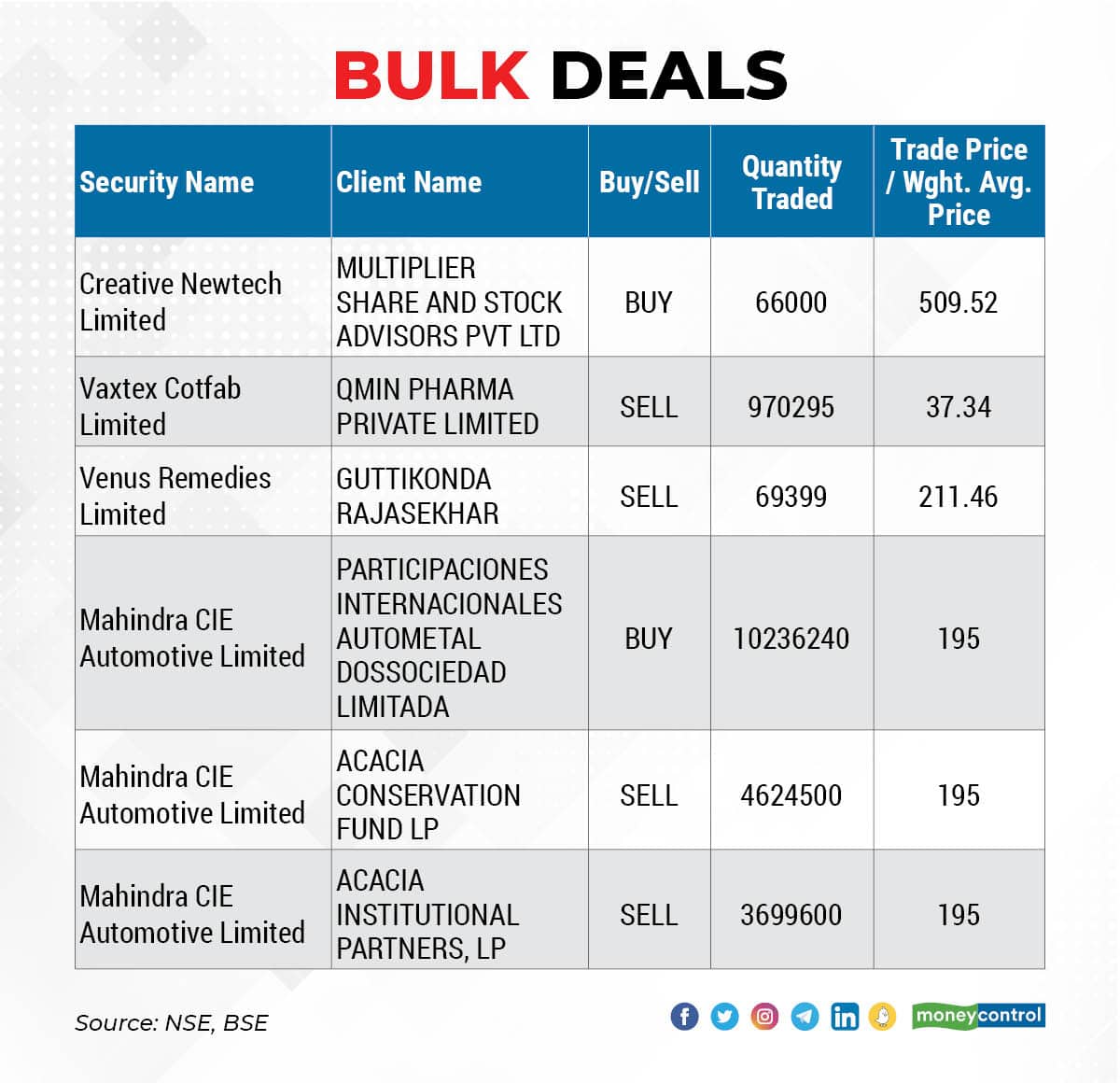 Tata Motors: The company posted a loss of Rs 1,032 crore in Q4FY22, which narrowed from loss of Rs 7,605 crore in same period last year. Revenue during the quarter declined by 11.5 percent to Rs 78,439 crore YoY, impacted by subsidiary Jaguar Land Rover, whose revenues in Q4 quarter fell 27.1 percent year-on-year to 4.8 billion pound sterling amid semi-conductors shortage, and disruption in the European and China business.

Matrimony.com: The company in a BSE filing said the board approved to buyback shares worth up to Rs 75 crore of the company, at a price of Rs 1,150 per share. 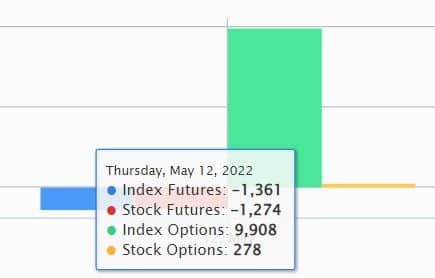 Two stocks - Punjab National Bank and Indiabulls Housing Finance - are under the F&O ban for May 13. Securities in the ban period under the F&O segment include companies in which the security has crossed 95 percent of the market-wide position limit.