On February 5, the government imposed minimum import prices (MIP) on steel products for a period of six months in a bid to stop the deluge of cheap imports.


On February 5, the government imposed minimum import prices (MIP) on steel products for a period of six months in a bid to stop the deluge of cheap imports.

But an extension of the MIP come at the risk of India being dragged to the World Trade Organisation (WTO) on charges of being anti-trade.

The MIP ensures landed steel import steel prices trade at a floor price, typically on par or at a premium to domestic prices.

In an interview with CNBC-TV18, Chintan Mehta, Metal Analyst, Sunidhi Securities, said the industry realizes that MIP was a temporary measure but expressed hope the government would replace it with anti-dumping duty when it expires.

"But I do expect the MIP to be extended for a bit more time," he said.

Below is the transcript of Chintan Mehta and Manish Sarda’s interview with Latha Venkatesh and Sonia Shenoy on CNBC-TV18.

Latha: Yesterday we broke the story that the minimum import price (MIP) may not be continued after August. Would you worry about the steel stocks?

Mehta: When we had a word with Mr Tomar of the Steel Ministry, he was quite in favour that MIP will be extended. And when I talk to corporates like JSW Steel and analysts, they have been saying that the MIP is compliant and they do not foresee any kind of a problem. But yesterday the Commerce Minister saying that they might could face a hurdle in World Trade Organisation (WTO) when considering MIP.

The arrangement what the ministry as well as the steel players are pushing for is a kind of an anti-dumping duty to replace MIP because we all know that MIP cannot be extended for a longer period of time. So, the logical thing could be that MIP could be extended for certain time and meanwhile during that period, the ministry has to come with an alternative things like anti-dumping on the products. Nonetheless, flat steel prices are having a 20 percent safeguard duty. At current prices, it is matching what the MIP is. So, worry could be on long products, not on flat production per se. 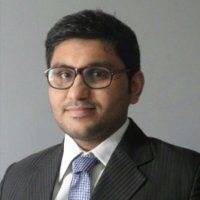 Sonia: So, if the MIP is not extended and if there is a country specific anti-dumping duty that is imposed, will you have to rework your financials for any of these steel companies that you track for FY17?

Latha: So, who are the long product makers you would worry about?

Mehta: Long products are basically the induction furnace players, small players like in the belt of Raipur, Sarda, Prakash, Godavari, these are the players actually were mainly focusing on the long products, but of JSPL as well. But, the import traditionally has been Hot Rolled (HR) and that is taken care in terms of safeguard duties are concerned. So it would not affect much per se. If the prices continue, what China is at this point of time, any weakening of that, then we definitely need to rework the number again.

Sonia: So, because of this news flow, you will not change your target prices on any of the stocks that you cover right?

Mehta: Not exactly, because already couple of days back, we have already seen that SAIL, Rashtriya Ispat Nigam even have more case for antidumping on long products as well. So there has to be alternate measures, which we are hopeful talk to some industry experts and they are saying that definitely that will be taken care of.

Latha: What is your sense if the MIP goes and there is anti-dumping duty on specific countries, probably Chinese steel, will you be able to sell profitably? How much will the cost of steel fall by?

Sarda: If the MIP goes away, there will be a big disaster for the steel industry because China has been dumping steel products from across the world.

Sarda: Anti-dumping duty, if it comes, it will give some protection to the industry and Korean and Japanese steel basically are high end steel that come into India not normal long products or re-bars which we have seen in the past. So, we are not afraid of the Korean or the Japanese steel. It was more the Chinese steel that was hurting the Indian steel industry.

Sarda: It will because at that point of time, there was not too much focus on the industry per say. When actually the injuries happened, then everything came to light. And primarily Chinese and Ukrainian, the Commonwealth of Independent States (CIS) countries were bringing in a lot of steel into India. Those were the two major countries which were hurting the steel industry in India.

Latha: What is you sense though? Is there a chance that Chinese, in fact, global prices may fall further? Chintan was just telling us that if the prices remained at current levels, the hurt is not much.

Sarda: There is a bit of gloominess across the world right now. If you have seen in the past, the iron ore prices and everything has softened. So, I do not see a major setback in the coming three or four months, but from what I sense is that the market should pick up from the next quarter or so.

Sonia: By saying prices have softened what do you mean, how much have steel prices fallen in the last one-two months and have you guys been cutting prices?

Sonia: Over the last few months?

Sarda: Over the last two months I would say.

Latha: What is the current price of hot rolled steel and at what price does it become suicidal for the Indian industry? What is the Plimsoll line?

Sarda: I would not be able to tell you exactly what would be the Plimsoll line for the hot rolled products, but currently the hot rolled coil is ruling at around 31,000-32,000. If you look at China, they are exporting in bulk at about 375. So, they are still very competitive, the Chinese and if supposed the MIP goes away then there will be a bit of a chaos till the time the antidumping duty steps in.

Sonia: Without the MIP, what is the difference between the domestic steel and the imported steel prices?

Sarda: That will be quite huge, there would be a difference of roughly Rs 4,000 per tonne compare to what China was doing in India dumping.

D-Street Talk | Don't put all eggs in one basket, instead buy multiple baskets